What kind of financial pressure makes one think killing ones mother and grandfather is a solution?

By Mide (self media writer) | 5 months ago

A 10-year-old girl's mother was caught driving her family's stolen automobile from Orange Free State to Gqeberha with her husband. They had driven a long distance away from the crime scene in a gold BMW.

Alleged murder charges have been filed against a 36-year-old lady and her husband in Heilbron, Germany, on Monday. 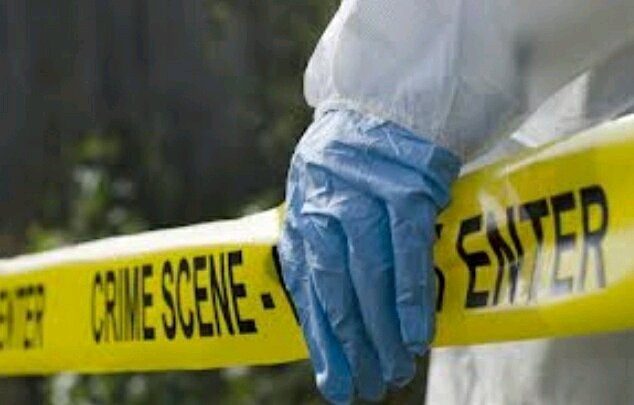 After reportedly stabbing her mother and grandfather to death, they allegedly trashed the house, stole a TV, laptop, and other saleable items, which they sold at Kroonstad-based Cash Crusaders.

They were found dead with many stab wounds on Thursday evening by police, who discovered a 58-year old woman and her 80-year-old father.

It was tagged by the K9 police unit's registration number recognition camera footage that the car was identified. A ten-year-old child was also in the car when it was finally pulled over; it was covered in blood spatter. Due to mounting debt, the assailants had been plotting the murder for some weeks.

Because both parents have been detained, the youngster has been transported to a safe location.

Priscilla Naidu, a spokeswoman for the Orangeville SAPS in the Orange Free State, claimed that the bodies of the victims were discovered early Thursday evening. There are now two murder inquests underway. On Monday, the Heilbron magistrate court will hear the case against the pair. 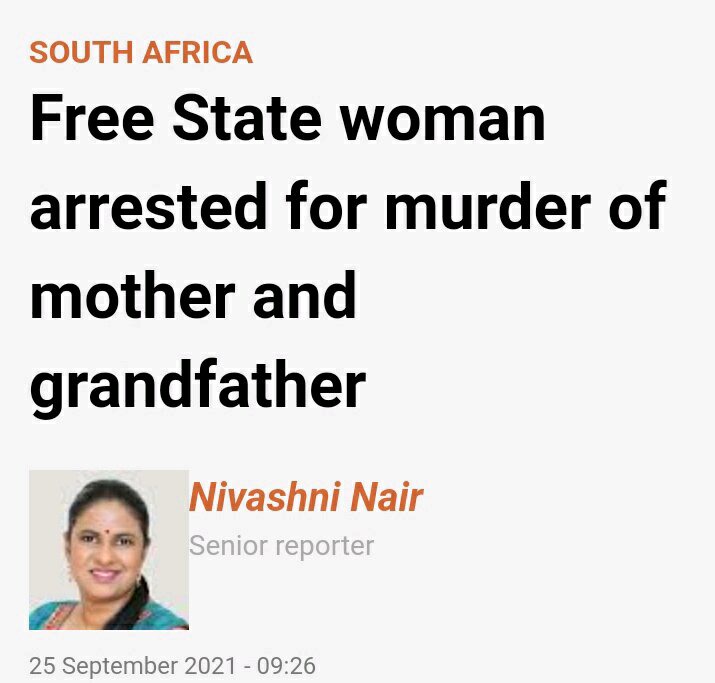 When it comes to money, it's all about the women in South Africa, where a large number of murders involving money are committed by women.

The story of Nomia Rosemary Ndlovu, who allegedly killed six members of her family, including her lover, in order to collect on life and burial insurance policies taken out in their names, is garnering attention.

Content created and supplied by: Mide (via Opera News )

Cop in Cape Town found the most wanted murderer with 2 women in bed. Here is what he did

Man throws his son in a River then jumps after him

Nabbed: 3 Zimbabweans Were Brutally Attacked By Angry Community After They Were Caught Doing This

Sad: This 2 Girls Died Very Painfully, See How They Were Killed And What People Did to A Suspect