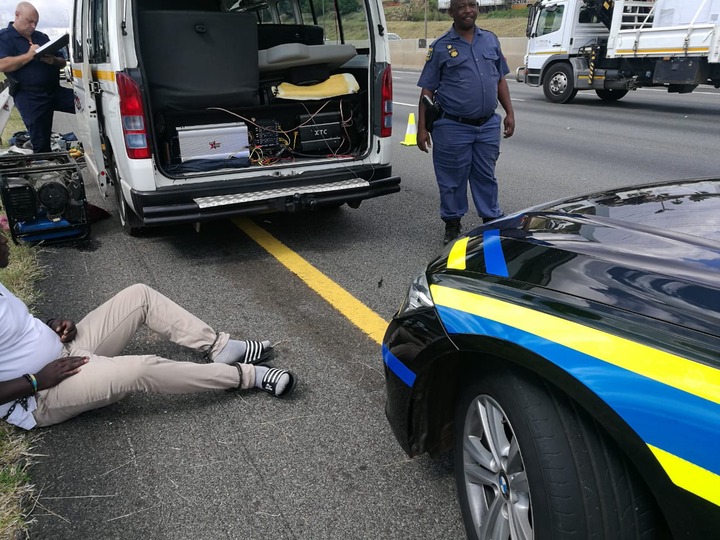 Xolani Fihla the spokesperson of the Johannesburg Municipal Police Department on Monday the 22nd of March 2021 issued out a media statement which made many get happy.

The media statement was filled with some good news as it showed the efforts the department is doing towards bringing crime to an end in the Gauteng Province.

One dangerous suspect was finally arrested and is now facing charges which include robbery, kidnapping, assault, fraud and being in possession of an illegal firearm.

The suspect was arrested last night by the JMPD Crowd Management officers at about 21:30. He was arrested after the members during an operation in Yeoville stopped a white minibus at the corner of Louis Botha Avenue and Grafton Road.

When the members pulled over the minibus, the driver of the vehicle immediately jumped out and began walking up towards the officers.

As the members were talking to the driver of the vehicle, they noticed that inside the minibus there was some commotion. This made the officers grow curious they went to check what was going on.

As they drew closer to the minibus, two males jumped out of the vehicle and began to flee. The members did not pursue after them.

An inspection was taken on the minibus and the officers observed that there were two occupants that had been left inside the vehicle who were a male and a female.

Both were interviewed and the male alleged that he was in company of his girlfriend when he was forced into the taxi at gunpoint by three men. They robbed them their cellphones.

As the members investigated them, it was further noticed that the male had been bleeding profusely from the left side of his head. The officers asked him what had led to him getting hurt and he said he had been hit by the butt of a firearm by the men who had taken him hostage.

The driver was handpicked by the victims to be the one who had forced them into the vehicle at gunpoint.

This led to the officers arresting the driver on the spot. A search was done on the vehicle and the members found the firearm that was said to have been used by the suspects in committing the crime. It was placed in the middle passengers seat that is next to the drivers seat at the front of the minibus.

During the search, the members also found a set of number plates that were in the minibus. As the members proceeded with the investigations, it was found that the number plates were of a different vehicle which was a Hyundai. 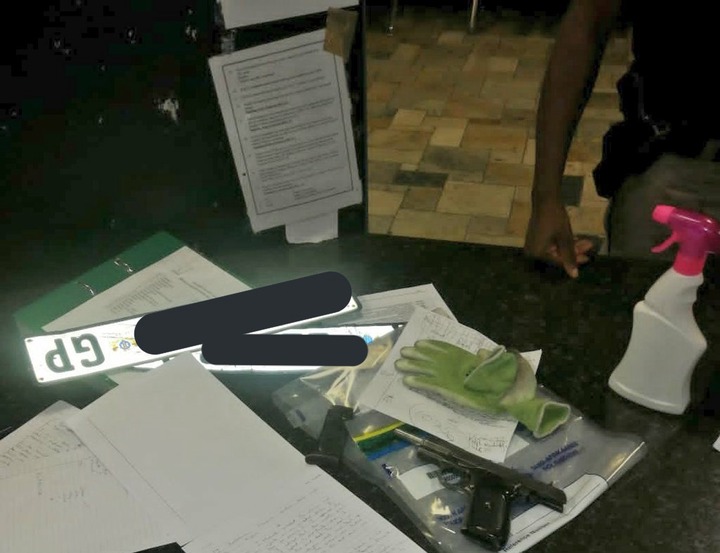 Upon further investigation, it was also discovered that the suspects were using false registration plates on the minibus taxi.

The members took the suspect to Hillbrow police station were he is being detained. He is now facing charges which include assault with grievious bodily harm, robbery, kidnapping, fraud and possession of an unlicensed firearm and ammunition.

The suspect is set to be profiled for his roles in similar crimes which have been reported in the area.

Members of the JMPD took the firearm for ballistic testing to ascertain if it was used in other crimes in the country.

The number plates and the vehicle that was used in commission of the crime were taken to SAPS Aeroton pound were they booked. 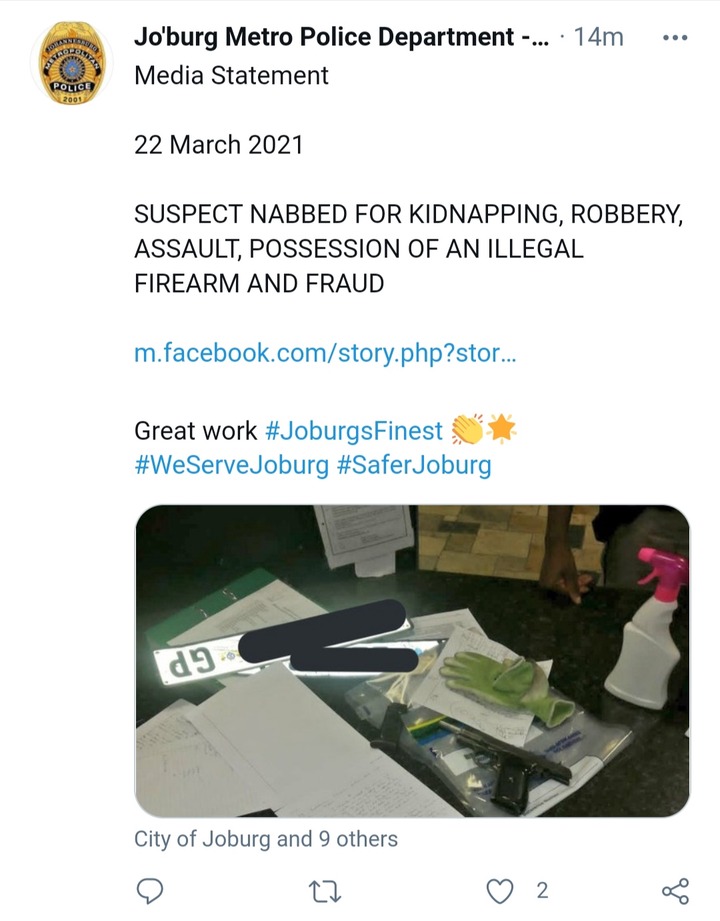 Several cases of kidnappings and robberies were reported in the area over the past few months. A dedicated team of JMPD officers had to be thanked for the wonderful job they did.