This past weekend, Ekurhuleni Police Department precincts arrested over 300 people in connection with various offences.

POLICE IN EKURHULENI ARRESTED OVER 300 SUSPECTS

A total of 351 people were arrested and charged with various offenses, according to a statement released by the Office of District Commissioner Major General Anna Sithole.

Some individuals were apprehended as a result of coordinated high-density operations by police and other law enforcement agencies in the District, Captain Sekgobela said, with the most significant ones taking place in Tembisa and Dawn Park.

"Suspects were arrested for a wide variety of offenses, including but not limited to murder, business burglary, sexual assault, malicious damage to property, assault with intent to cause grievous bodily harm, possession of a hijacked motor vehicle, reckless and negligent driving, possession of drugs, contempt of court, possession of suspected stolen goods, warrant of arrest, rape, tampering with essential infrastructure, dealing in liquor without licenses, possession of unlicensed firearms and ammunitions, and driving

The police were able to seize a large quantity of drugs and cash over the weekend. Caption: Facebook/SAPS.

A total of five firearms were seized because they were being used illegally, the Captain said. Firearms were found in Norkem Park, Birchleigh, and Ivory Park Extension 7. 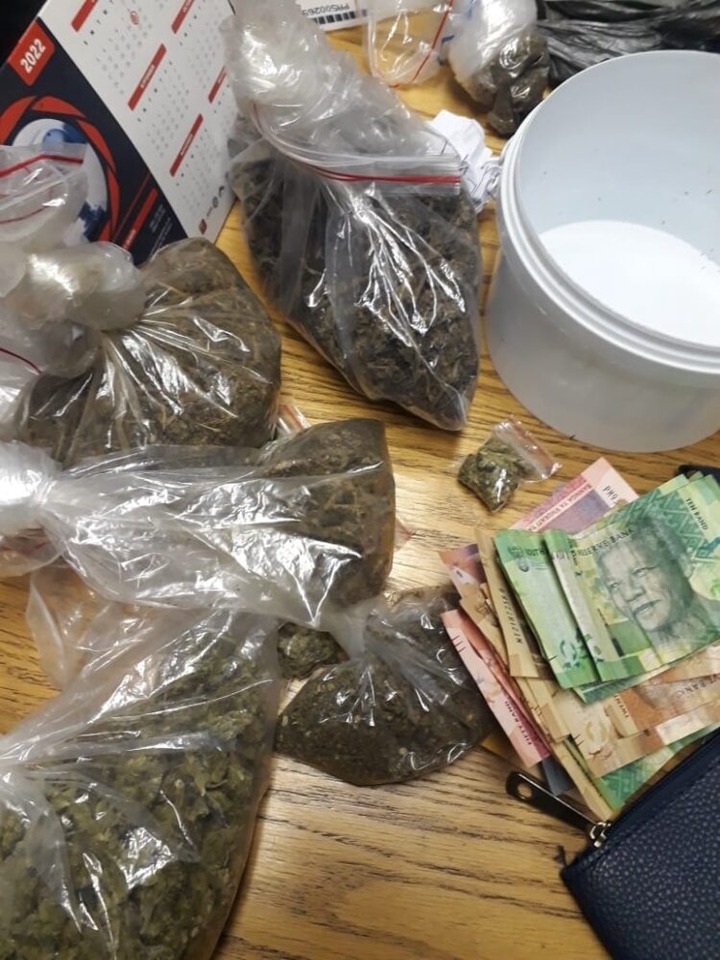 The Captain elaborated, "The one recovered in Ivory park Extension 7 was after the suspect committed a business robbery; another one was recovered in the Tokoza region at Serema Street during stop and search; and a Revolver was found abandoned in the Sebenza policing precinct."

In other words, shebeens were included in the operation.

A total of 12 unlawful shebeens were also closed: 6 in Tembisa, 3 in Dawnpark, and 3 in Primrose.