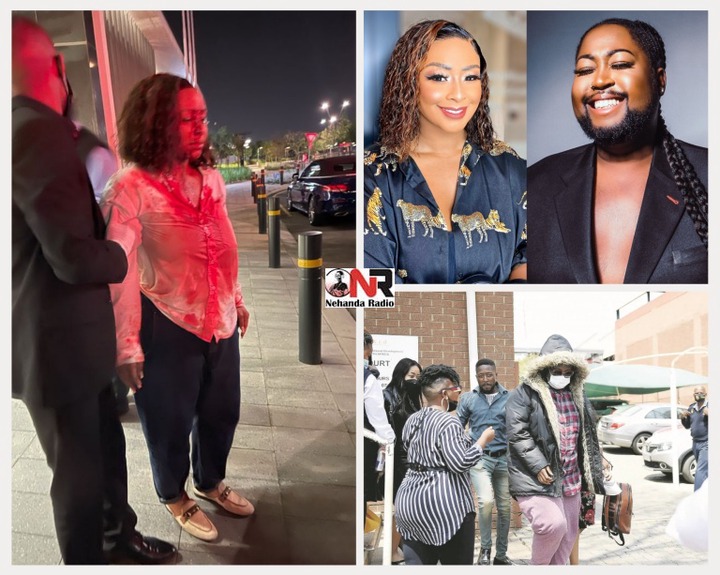 The media personality Bujy Bikwa was accused of assaulting Boity at courtyard in September when they went out for drinks on Thursday that last month. They were arguing about religion, beliefs and ancestors while drinking alcohol, their commotion went further to an extent that Bujy hit Boity with an alcohol,

Bottle on her face which allegedly left her with a big scar, pictures of Boity hurt on her face resurfaced on Social media and she was wearing a white shirt but after the the incident her shirt was barely recognizable as white as it turned Red because of blood. 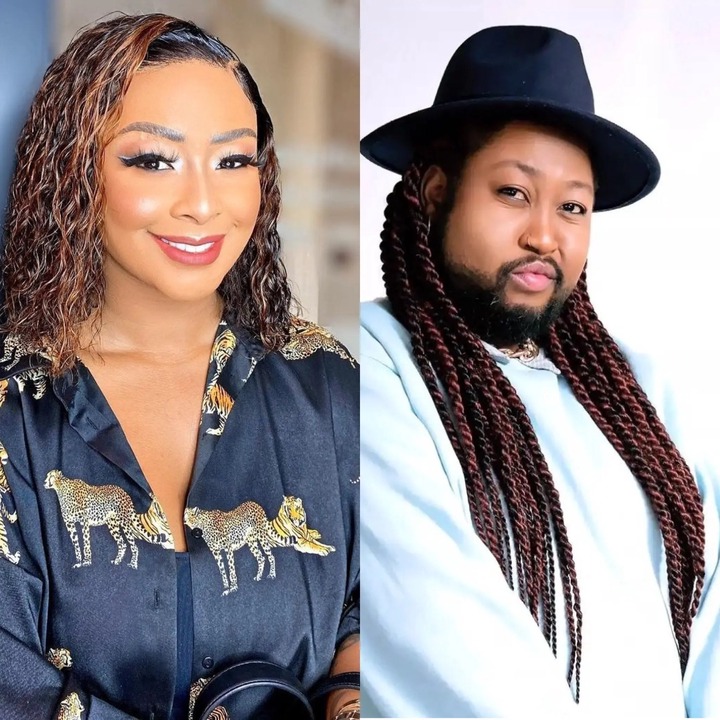 She opened a case against Bujy for an assault and he was arrested the same night and spent the night in the police cells. Bujy said he was defending himself from people who were going to hurt him with his brother because they had knifes and basketball bats while he didn't.

But recording of the incident told the different story because they proved that Bujy was really drunk and he was insulting Boity saying that her ancestors are fake, on the recordings that were leaked Bujy sounded so determined to hurt Boity as her was heard saying after he has f*cked up Boity, 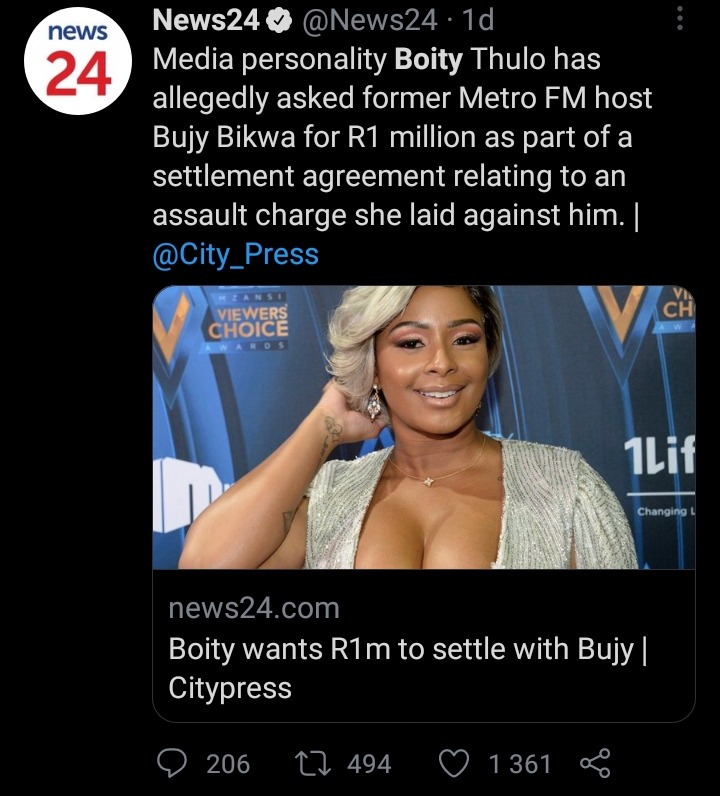 Everyone will know who he is. Social Media started calling him names and he is abusive towards woman and said he committed Gender Based Violence, Bujy said he is not abusive as will appreciate it if everyone stop calling him that. 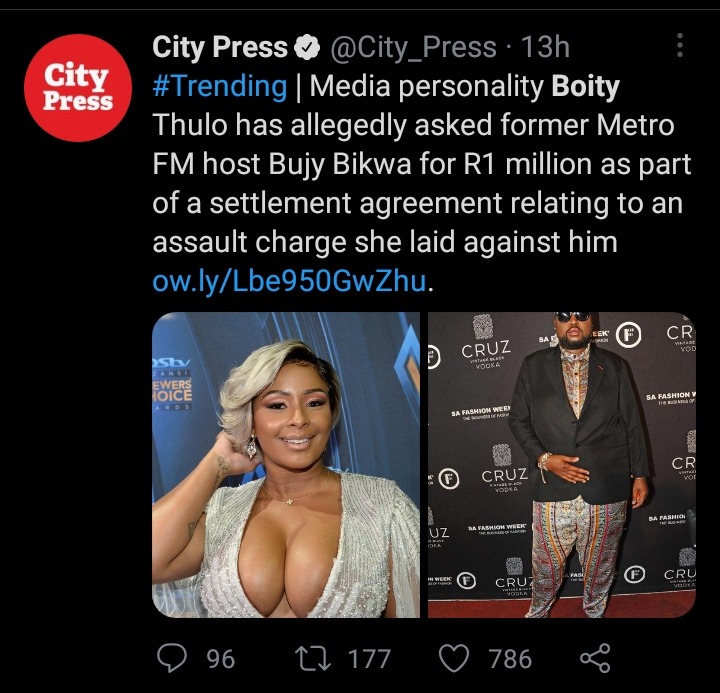 Boity has recently shocked everyone as she said she wants 1 Million Rands from Bujy for an assault, medical expenses and trauma. It is suspected that Thulo asked for 1 million rands because she works with her face and now that she was scard by Bujy,

She couldn't show up on some of her gigs that make her money as she is a presenter and a media personality, Social media said Boity is not serious because Bujy doesn't have that kind of money, while some said she asked a very decent amount,

And she should have asked more as her face is her brand and that's how she makes money. 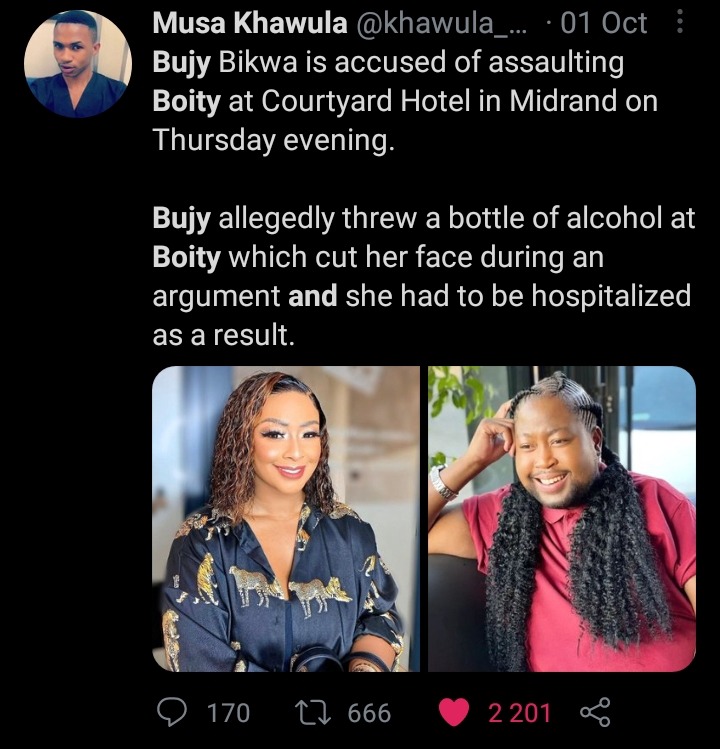 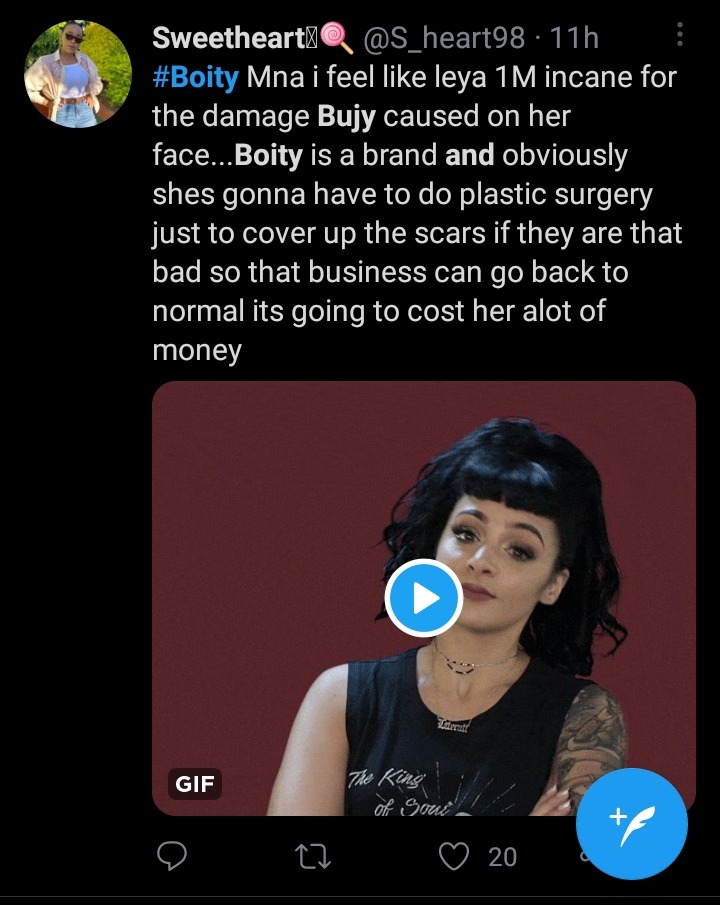 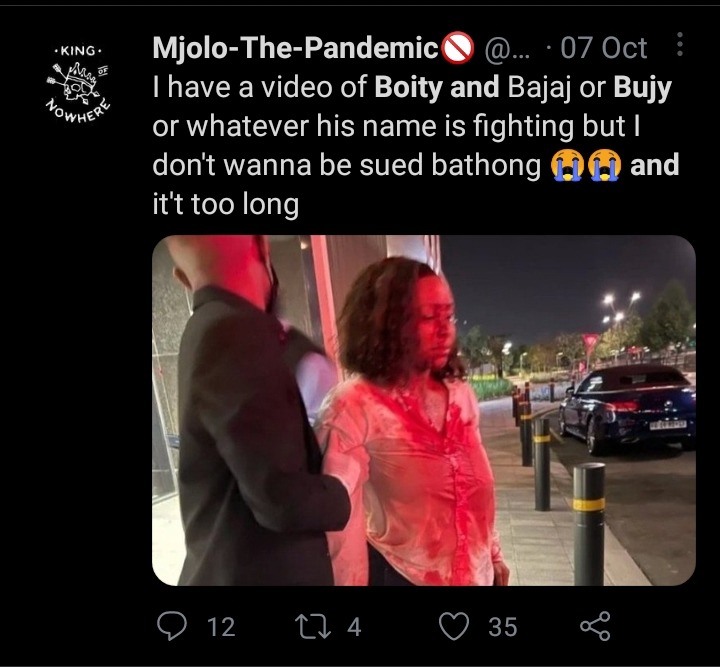