By Gistlord. (self media writer) | 9 months ago

The suffering that most people experience in life is just too much for me, and I sometimes find myself weeping when I see how young people's lives are squandered, resulting in a sad mood among their families. Temple George Dokubo, a popular Yenagoa baker, was assassinated by unknown men at his home in Opolo Yenagoa, Bayelsa State, on April 17, 2021.

Mrs. Diepiriye George, the late baker's mother, broke down in tears as she described her son's death, which she said no mother on earth would be able to handle. She said her in-law, Pastor Charles, drove to her house after the elections on Saturday, and she was expecting good news from him. 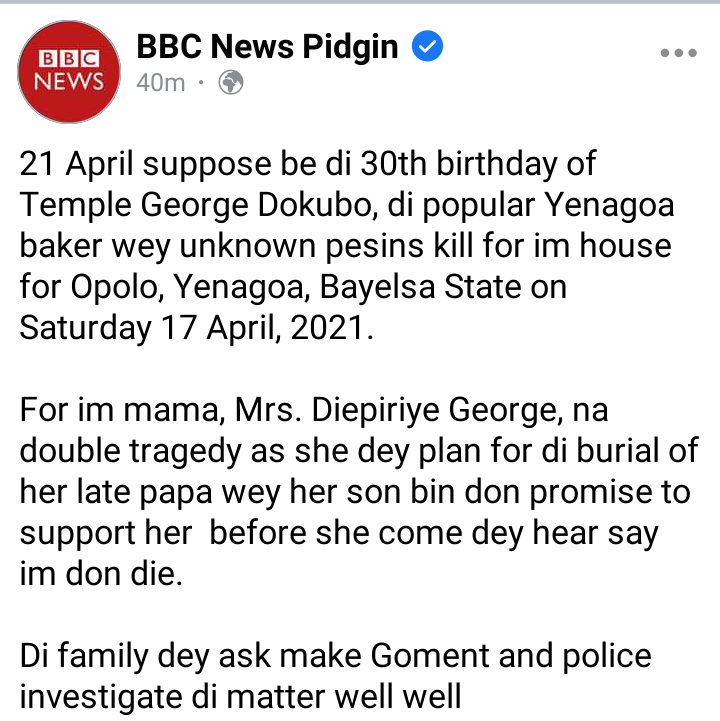 Pastor Charles informed her that her son, Temple, had died when she was waiting to hear good news. She collapsed to the floor and began rolling around on the ground as soon as she heard this. He told her to get herself back because they weren't sure yet and he'd be going to Bayelsa State to confirm it. Temple's landlord told her in-law that they had seen him enter his room with two boys when they arrived in Bayelsa, but they had not seen Temple the next day. Temple, according to his landlord, gets up early in the morning to prepare for his baker's job.

They waited until 2 p.m., when they realized Temple was still in his bed, and knocked on his door, but received no answer. They approached his window and saw her lying flat inside the bathroom through it. They attempted to rush him to the hospital, but he was pronounced dead by the doctor. Temple's mother said that blood stains were visible inside the restroom 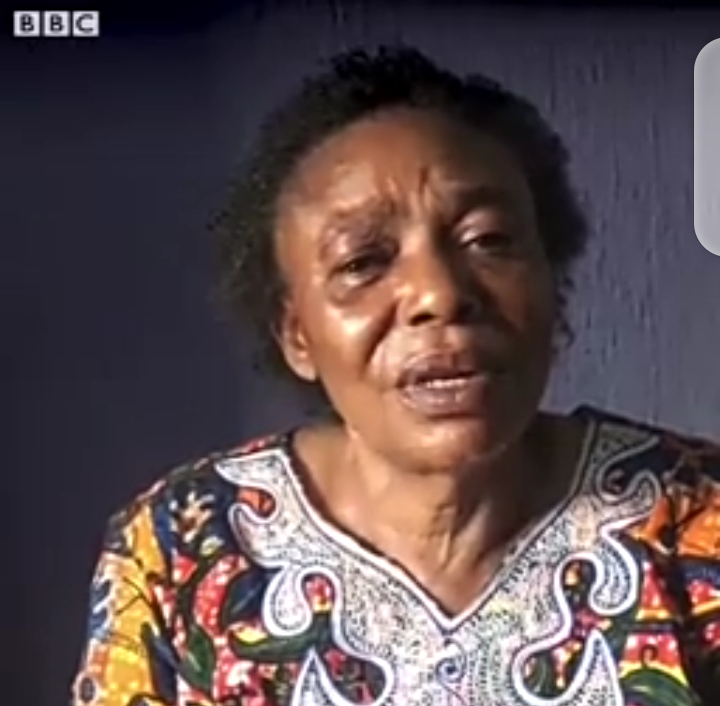 She claimed that those who killed him strewn his bed, and that he was strangled to death, according to the doctor. The mother said her son's body had no knife or bullet wounds and pleaded with the government to assist them with their investigation into his death. 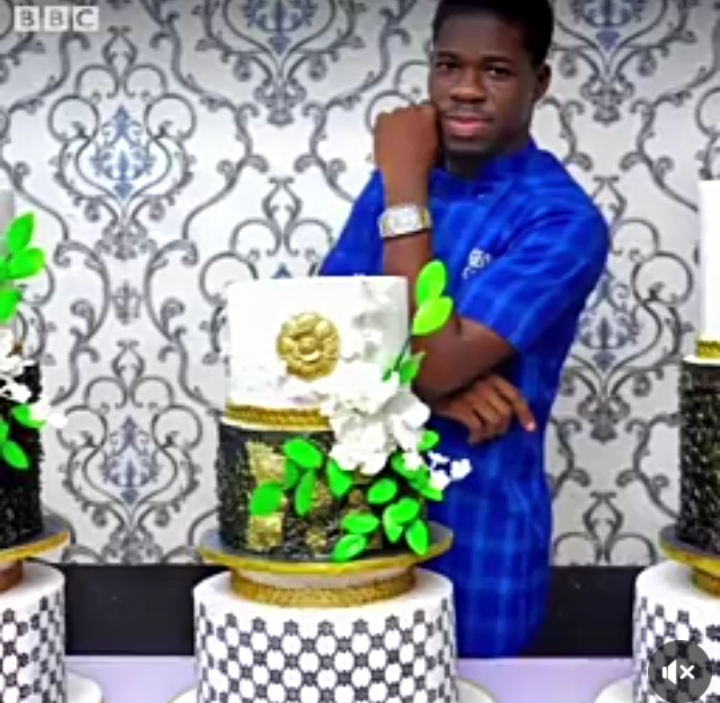 Mrs.Diepiriye George, whose father died recently, said that her late son vowed to help her during his funeral, but that it is now a double tragedy since both her father and son are deceased.

What a heartbreaking story; may God grant his family the strength to endure the loss, and may his soul rest in peace. 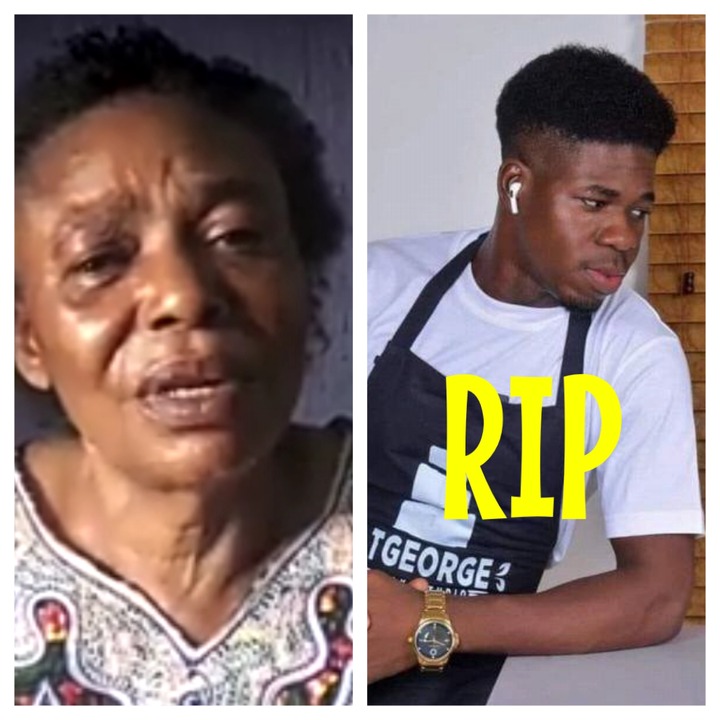 What are your thoughts on this? Kindly leave your comments in the section below and don't forget to press the follow button to receive additional content from us.

Please maintain a social distance, wear face masks, and wash your hands often with sanitizer, as prevention is often preferable to cure.