By Runway_news (self media writer) | 6 months ago 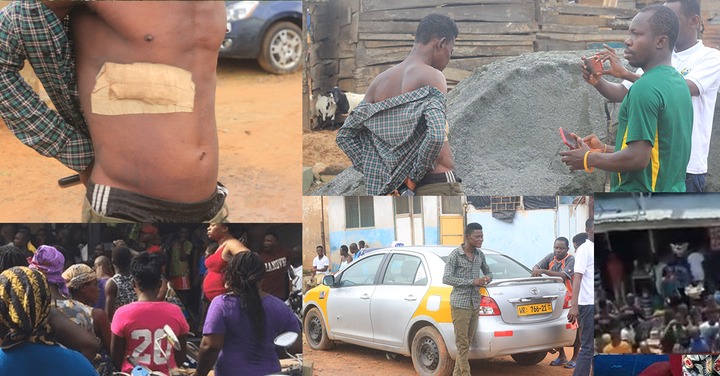 Armed robbers have struck again in Takoradi, but this time a cab driver's life is on the line. Raymond Otchere, a taxi driver in Sekondi Takoradi, drives a Toyota Yaris with the registration number WR 766-21. An unnamed man stopped the car during one of his errands and wanted to be brought to Kojokrom, a suburb in the Sekondi Takoradi Metropolis.

The Taxi Driver complied, and the two had a pleasant ride. When they arrived at Kojokrom, the mystery man in all black urged the driver to go on to Essikadu, where he would meet up with someone else. The driver was pleased at this point since the longer the ride, the higher his sales. When they arrived in Essikadu, the man instructed the driver to go to Sekondi, where the mysterious man had abandoned the automobile. He returned to Kojokrom after spending some time in Sekondi and asked the driver to take him back.

The man in the back seat of the vehicle pulled out a gun while they were driving. It was about 8: 30 p.m. at the time. The driver was not spared by the armed robber. The first bullet he fired from his revolver went directly into the thirty-two-year-old driver's ribs. The driver passed out from the blood streaming from his body, and the armed robber chose to exit the vehicle away. But the Lord's miracles were at hand, and the driver regained consciousness. He hurriedly drove away from the bloody scene, leaving the armed robber in the middle of the road. The armed robber's pistol was left in the car and turned over to the cops for further investigation. The armed robber has yet to be discovered, but the driver's condition is deteriorating. His bills are currently being covered by the owner of his vehicle. The police have started their investigation into the situation. The bullet struck the taxi as well.