" She Was My Sister, They Were Cousins But Married " - Sister Of The Victim Found In Fridge Reveals

By Sasatjie (self media writer) | 15 days ago

A few days ago, it was reported that a woman that was visiting her boyfriend found body parts in his fridge when he went to buy her food. When the police came to the crime scene, the suspect tried to commit suicide by stabbing himself multiple times. He was arrested and currently in police custody. He will reappear in court next week. 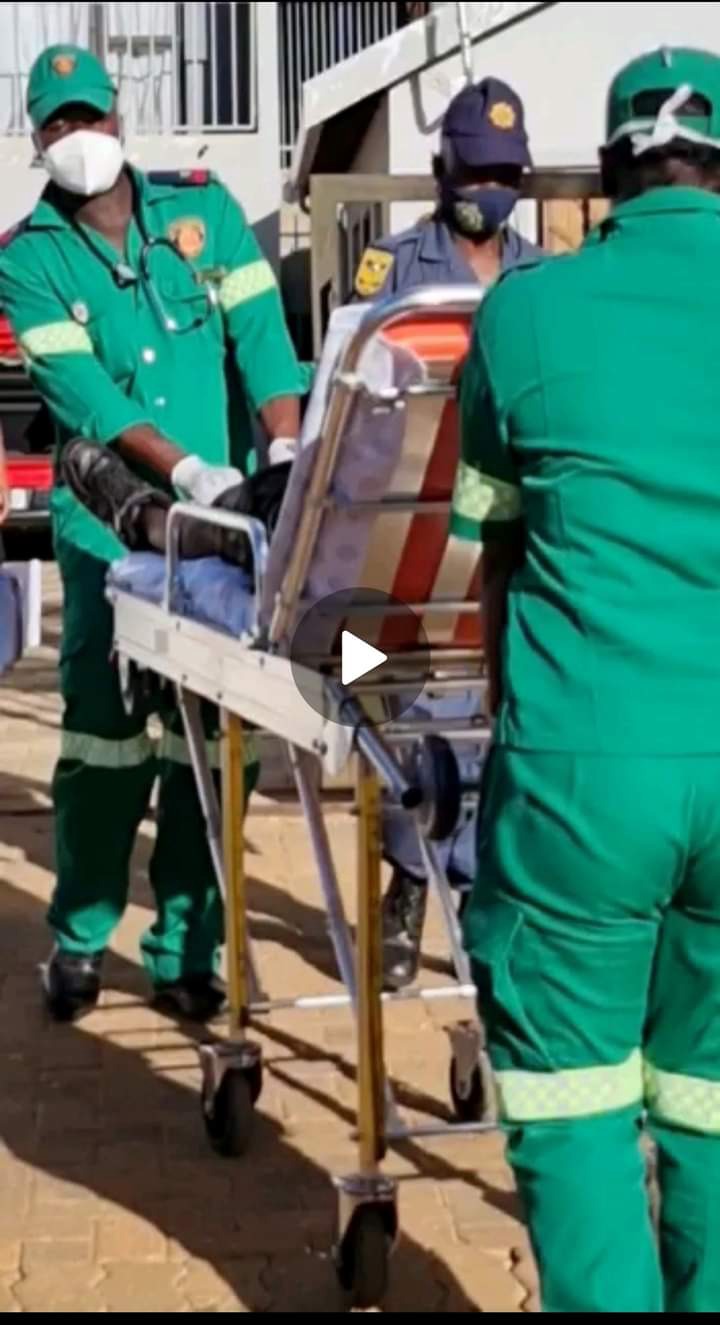 According to several reports, the 24-year-old suspect Flavio Hlabangwane who is a tenant at a house at Protea Glen in Soweto also drank a disinfectant to try and end his life to avoid going to jail. 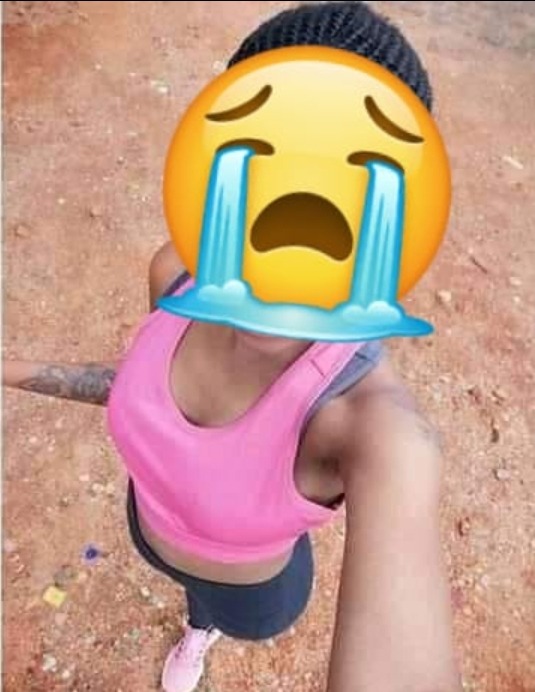 Many people have been waiting for the identity of the victim to be revealed. According to Aldrin Sampear, a journalist, Tshenelo Pitse, the sister of the victim alleged that her sister, Tshepang, was the suspect's cousin and they were married. 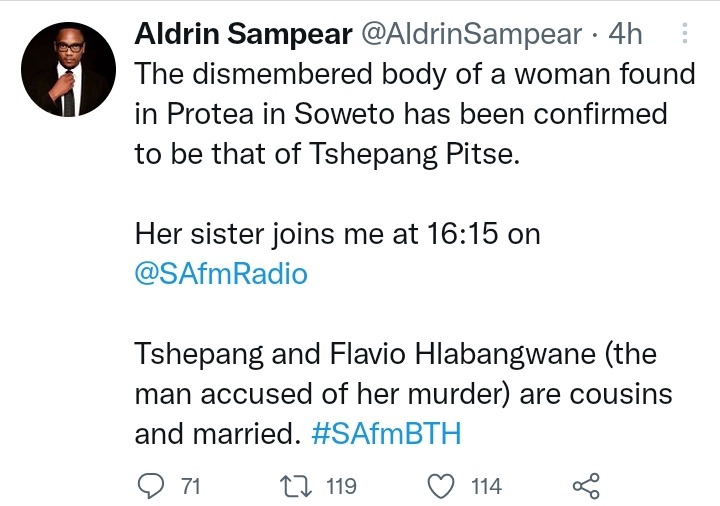 She adds that Hlongwane's mother and her mother are sisters yet the victim was married to the suspect for five years. During their relationship which she describes as toxic, she was not allowed to talk to Tshepang, and whenever she tried to visit her, he would stop her and there was a restraining order against her for trying to be in contact with the victim. 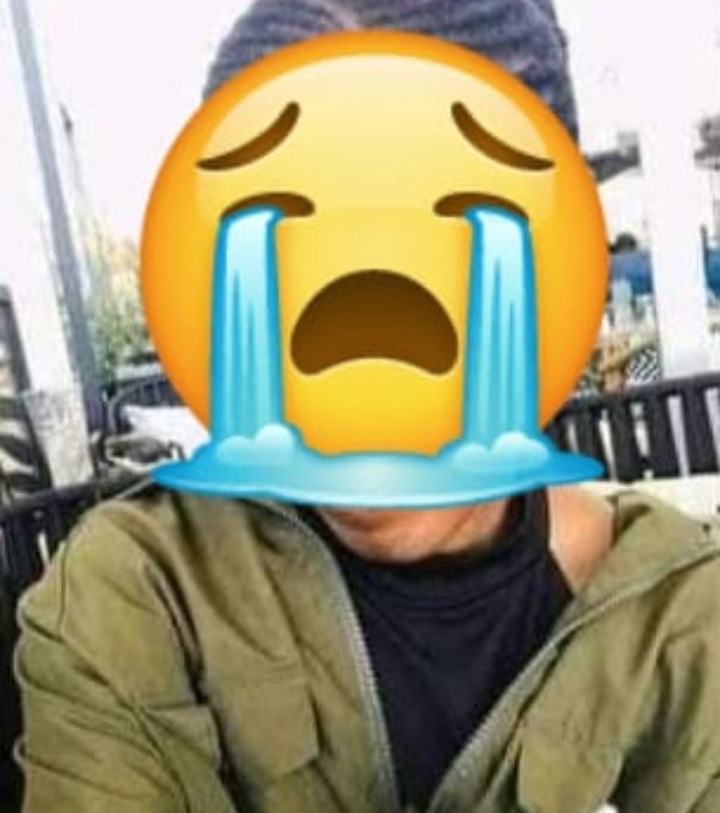 She alleges that the suspect was controlling and always told the victim what to wear, and he was sometimes physically abusive. She suspects that there was muti involved which drove her sister away from their family. Furthermore, she reveals that her mother was also killed in almost the same way, but she is scared to reveal who the alleged suspect is.

She does not have a close relationship with her aunt, alleging that she considers her a rebellious child.

Apparently, there is a viral Whatsapp audio that has gone viral where there are claims that the victim received a lump sum following her mother's death. Many people are shocked that the victim and the suspect were married, wondering if that is culturally allowed.

People are going through a lot out there. It is disturbing that the suspect murdered his wife and chose to cut her into pieces and store her in a fridge. Gender-Based Violence continues to be a serious pandemic in South Africa. We need to strengthen our laws to prevent more deaths.