They Got Upset After Seeing Their Grave Digged Up

By Jikelele (self media writer) | 29 days ago

There was an awakening of pain among Mlambo family members from Dukuduku, Mtubatuba after the incident invoving their daughter who died 10 years ago, her grave had been dug open and her skull was stolen. Sbongile Mlambo who is a mother to Andile who passed on in 2011 after an unexpected illness said she has no doubt that the person who has done this is someone who belongs in the family.

She told one of the newspapers that her daughter died a month after giving birth. She felt sick and cried that she's seeing animals wanting to kill her, then she died and left her baby behind. She mentioned that she was shocked to see a girl who's a friend to her children telling her that she had been visiting a relative's grave and saw Andile's grave digged. 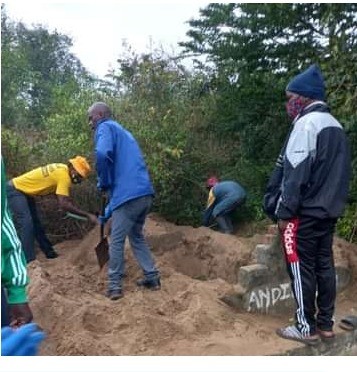 'We rushed to the scene and i nearly colapsed when we arrived. My daughter's grave was digged just after we cemented it. The person who did this had plenty of time and also knew that he/she wasn't going to be seen by anyone. This person started by removing the stone that we had placed on the grave before digging up the bones. We discovered that they took away arms bones and skull. They left some of their digging tools on the side of the grave.' Stated Mlambo

She revealed that they found the clothes which were worn by her deceased daughter removed and kept on the side.

'What makes me suspect that this was done by someone from the family is because who else would be so brave to dig up a grave knowing how long that body have been buried for.' Stated Mlambo 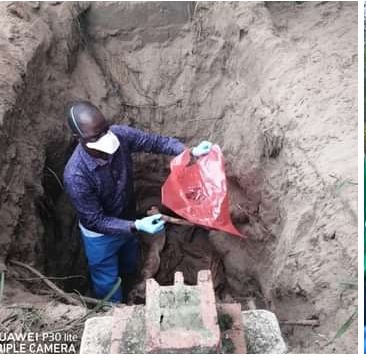 She revealed that there's misunderstandings going on in her family but she never thought that they might make her feel so much pain by abusing her daughter who rested a long time ago.

We find difficulties of sleeping at night as we don't know what this person is planning to do with my daughter's bones. 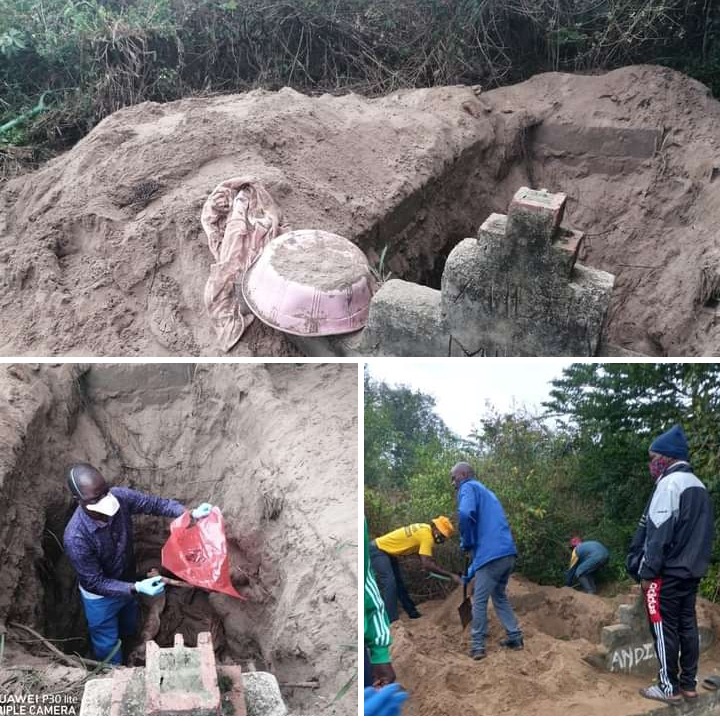