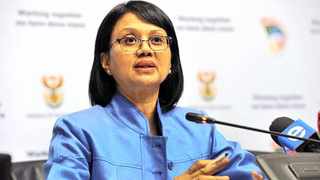 Cape Town - The Parliament's portfolio advisory group on police has hammered the SAPS for not managing the best 30 wrongdoing stations in the country.

Executive of the panel Tina Joemat-Pettersson said no satisfactory advances have been taken to resolve issues at these police headquarters.

SAPS showed up before the council on Wednesday to report back on the most recent wrongdoing insights.

Murders in the nation expanded by 20.7% in the subsequent quarter, among July and September, with an aggregate of 6 163 individuals killed.

Wrongdoing Stats: Murder shoots up by 1 056 of every 3 months with an in general 20.7 % increment from the year before

Joemat-Pettersson said the police are not doing what's necessary to address the horror numbers, particularly in the best 30 police headquarters.

"For what reason does Nyanga stay at the top for quite a long time? It was taken off throughout the previous two years, yet at the same currently it's back on top. It resembles a marvel challenge. What have you done to take these stations off this rundown," she examined.

"These stations can't be on the best 30 records for a really long time. It implies that SAPS isn't attempting to lessen the wrongdoing at those stations. This [Nyanga] is a similar police headquarters where a constable assaulted somebody. We are not simply going to have wrongdoing measurements introduced to us and afterward you run off to a press instructions then we can't question those wrongdoing insights," she said.

Joemat-Pettersson further faulted SAPS for the public's absence of trust in police and the police board of trustees as it is the obligation of Parliament to screen police and perform oversight.

Public police official Lieutenant-General Khehla Sithole said on the issue of the best 30 stations, he had given guidelines to have the best 30 methodology investigated.

" I am looking for my snake that is on the loose "

He killed her while she was 8months pregnant, and here is how his trial is going