Theft of cables turns off traffic lights, slows trains, puts whole neighborhoods in the dark, and shuts down networks. It also stops important communications. Because of cable theft, this is a hard truth that South Africans have to face every day. 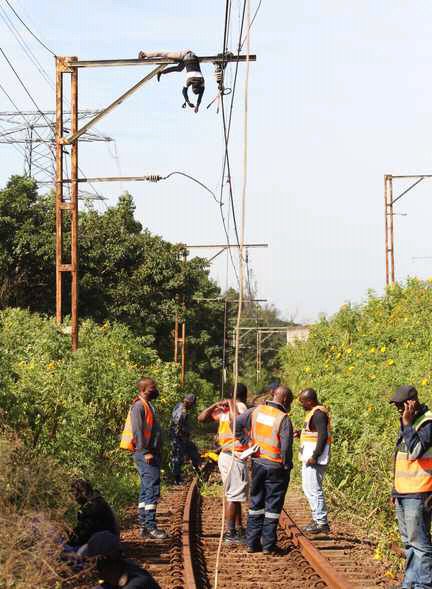 Copper has a lot of things that make it appealing to thieves, so copper theft is on the rise in South Africa, especially in Gauteng. Because copper is used so much, prices have gone up, which is a reward for criminals. But cable theft is a very real danger to many people. Even though thieves sometimes die while trying to steal copper cables, many are still willing to take that risk.

On Friday, another person who stole cables was reportedly killed by electricity. Lungisani Sithole, 24, was found hanging from railway pylons near the uMngeni train station in Durban. He had been electrocuted by 3,000 V DC power while trying to steal Prasa overhead cables. Sithole got the biggest surprise of his life. People in the area say that when they saw Sithole hanging up there, it was the scariest thing they had ever seen. He had already died when his body was found. Electricity is dangerous, and these people will find out the hard way.

Sithole is not the only criminal who has been "shocked" by electricity recently while trying to steal cables. Many died, some will still die! 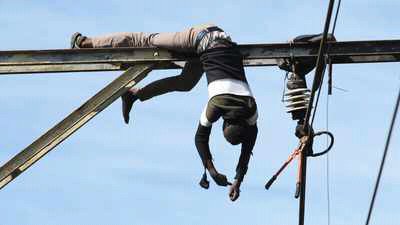 Why doesn't the ANC-led government send an inspector to every scrap metal dealer in the country? This is the question we need to ask. The government is aware of how important cable theft is. How are they going to deal with it. Last year, someone I knew died of this. The man lived through the shock, but his organs were cooked, and he died two days later. Not that he wasn't wrong to steal the cables, but living in this country makes people desperate. This happened because of poverty. And people are having a good time. Who in the world would do something like that? And what do people expect when the unemployment rate is 70% and there are a lot of poor people? What do people have to eat? Do you find it strange that people do these kinds of crimes? What do you think? 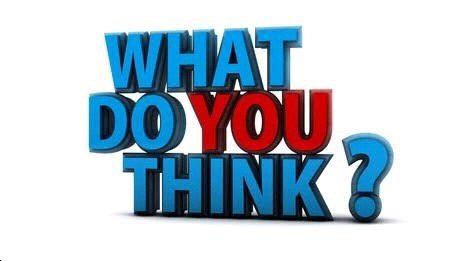