Today is the last day of the inquiry in KwaZulu-Natal, sitting in Umhlanga, north of Durban. Police Minister Bheki Cele is now on the witness seat at inquiry investigating the July unrest, he is the last witness in the KwaZulu-Natal proceedings. Cele starts off with apologising for not having been able to appear before the inquiry last week, he says he was in Turkey attending an Interpol general meeting. Cele tells the commissioners that he visited Former President Jacob Zuma's house before the unrest, he says he went there as someone who worked with him both in exile and in government. 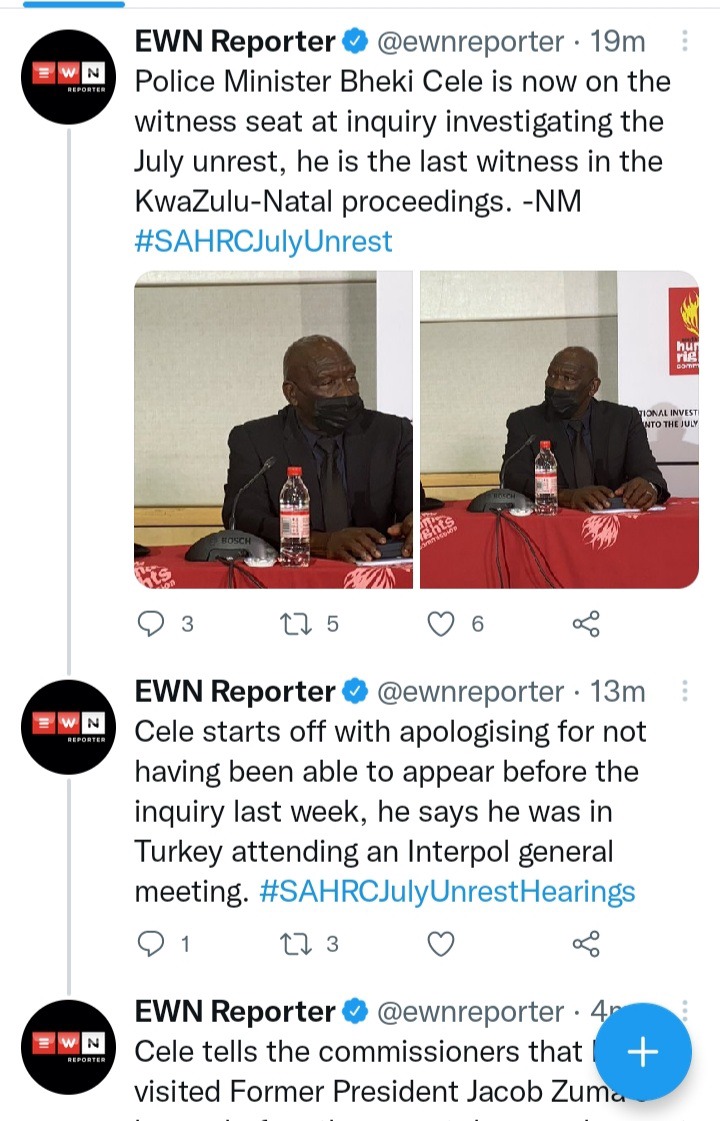 Cele tells the commission how they were relieved when they found out that Zuma would be handing himself in knowing the atmosphere at Nkandla at the time. Cele said the conversation he had with former President Jacob Zuma in Nkandla before the unrest wasn’t fruitful. He says when he gave President Cyril Ramaphosa feedback after that meeting that they were going to have problems.

Cele says it cannot be said that they did not see the dark clouds gathering, he says this is why he visited Nkandla which was described as a tea visit. He said it was not about tea, he says he spoke to the former President and they didn’t have tea. 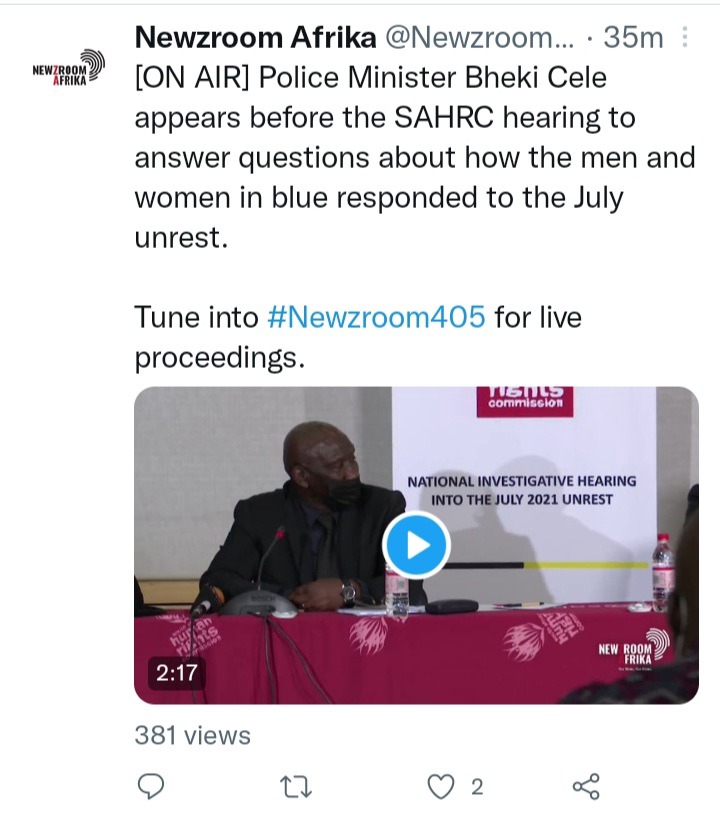 Minister of Police Bheki Cele tells the commission about the extra efforts that were made and people involved in the operation to move Zuma from Nkandla to the prison. He said a lot of people including relatives of Zuma were involved.

Cele says when time was running out and Zuma had not handed himself over he told his boss that he was losing hope and they’ll have to actually enforce and unrest themselves. Cele says he was to dispel this notion that police did nothing during the unrest. He mentions that some officers were shot at. 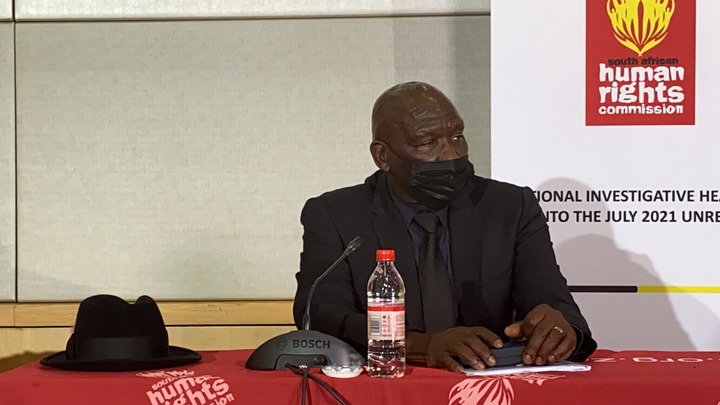 #SAHRCJulyUnrest Hearings Minister of Small Business Development Stella Ndabeni-Abrahams is testifying at the SAHRC investigative hearings probing the July unrest, she is testifying virtually on the impact the unrest had on small businesses and the interventions made by her department to assist affected businesses. 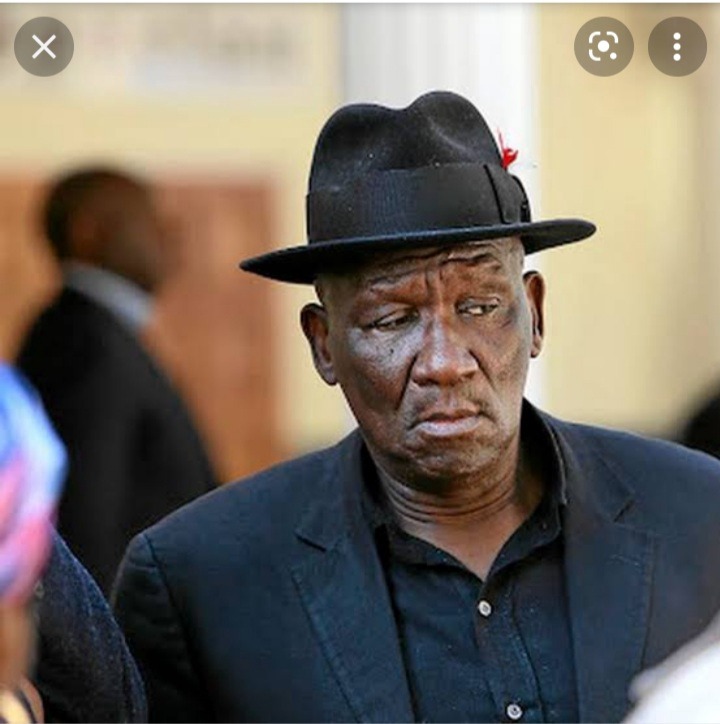