According to the details of an incident that occurred a few months ago, the deceased were on their way to Kisii, where they were intended to have their Christmas celebration. In later revelations, it was found that the deceased died in a fatal accident after their vehicle apparently lost control and collided with one of the other vehicles in traffic, killing five members of their family.

In contrast, the family of the dead has stated that the two surviving boys have no where to live because their uncle has taken possession of their father's home, according to accounts provided by the family. Two youngsters are currently stranded in a hospital, according to one of the family members who has revealed their whereabouts.

An unnamed reputable source of information has disclosed that the uncle of the victims was the one who inherited all of their property and belongings.

In response to this incident, Kenyans took to their social media accounts to express their opinions and suggestions on the matter. They have called on Kenya's Inspector General of Police, Hillary Mutyambai, to launch an investigation into the incident in order to determine what happened and why it occurred.

In accordance with the reports provided by the majority of Kenyans, they believed it was unfortunate that the Inspector General of Police has yet to take action despite the fact that the children are suffering, and they therefore called on the government to investigate this incident before it spirals out of control. 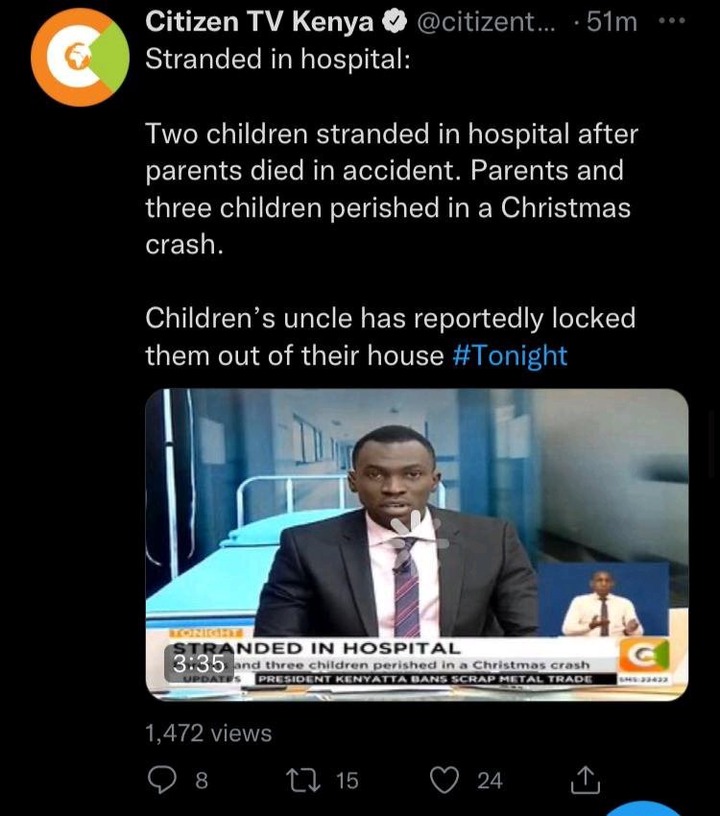 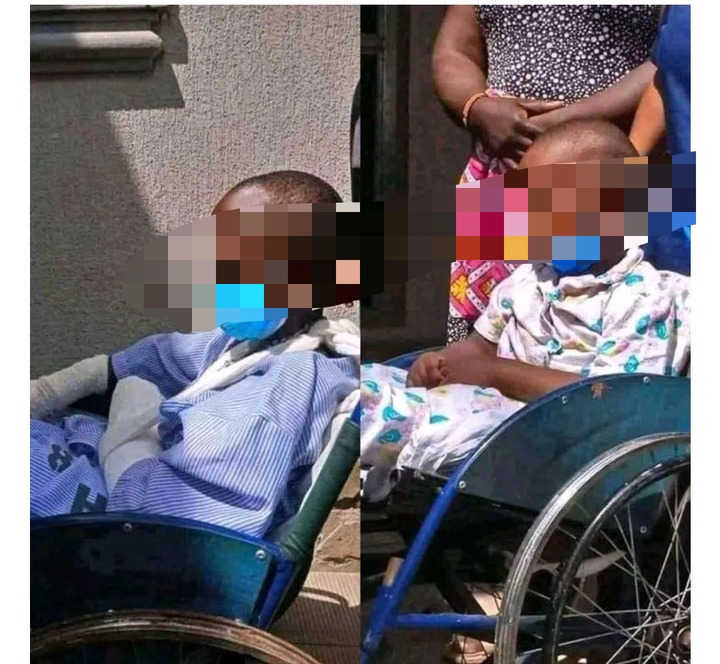