On Monday the 4th of October 2021, members of the police department were made to run for their lives after they came under attack from a gang of armed thugs. 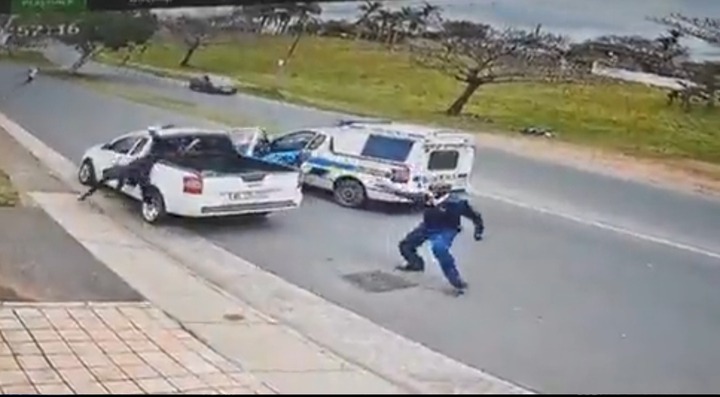 A video is now trending on social media platforms showing how this action packed incident unfolded. Some users on twitter have enjoyed the action involved while others were left puzzled by the level of aggression which criminals in South Africa now have.

In the incident which happened in Sherwood, Durban in the KwaZulu-Natal Province, members of the South African Police Services got attacked. The officers stopped their police bakkie in the middle of the road as they attempted to pull over a suspicious looking bakkie. 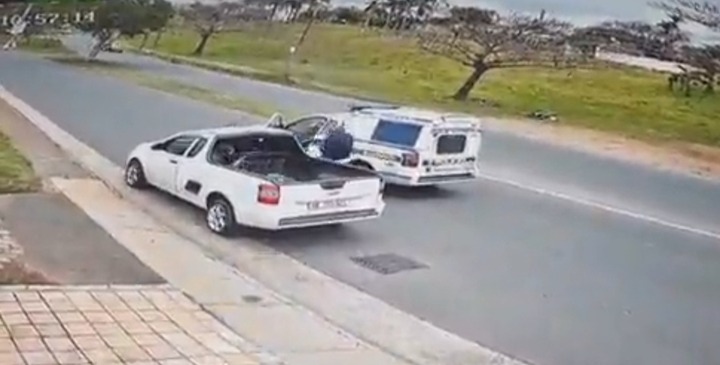 Inside the bakkie were at least three occupants and one suspect was at the back. As one officer approached the suspects vehicle, a hail of bullets rained towards him. In the video, the officer could be seen retreating when he saw bullets flying towards him. 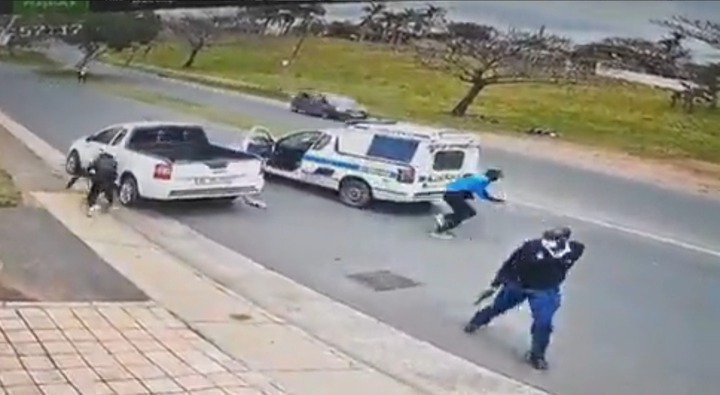 Another suspect popped from the back of the bakkie and began shooting at the officer. The policeman was made to run for his dear life by the dangerous thugs as they made him look like an ordinary person. Cops are human beings too and not superheroes or robots and this incident displayed how risky their job can be at times.

The suspects went on to drive their vehicle for a few metres before they disembarked it and began fleeing on foot.

When all this was happening, the officers mate was stuck behind the steering wheel. One could not deny that the officers looked vulnerable in the video as they displayed lack of urgency, tactical awareness and team work.

Proper planning and tactful execution of the operation would have saved the police officers from all this trouble. It could not be confirmed if the officer was hurt in this incident.

A poor bystander could be seen running for his dear life as depicted in the picture below. 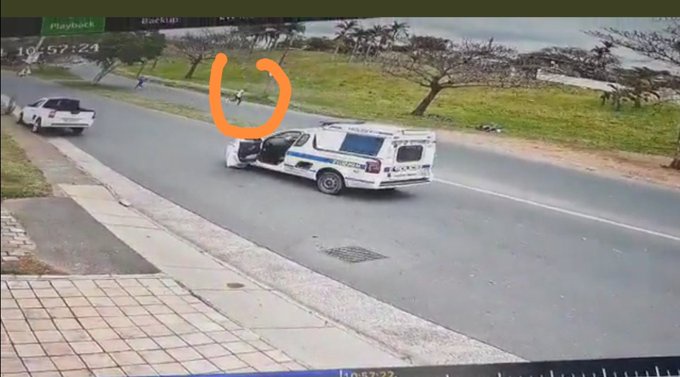 Some users on social media when they saw the police vehicle getting torn by bullets, they suggested that SAPS vehicles should have to be bulletproofed as criminals in this country are extremely dangerous.

You can click this link to watch the full video of the incident.

Still have a bad breath even after brushing your teeth? Here are home remedies for bad breast.

Be careful when you notice this kind of driving you are about to be hijacked: Video