Exclusive :Tembisa Cop alleged to have killed her sisters and five kids for insurance payouts

By SesokoNewsBiz (self media writer) | 8 months ago 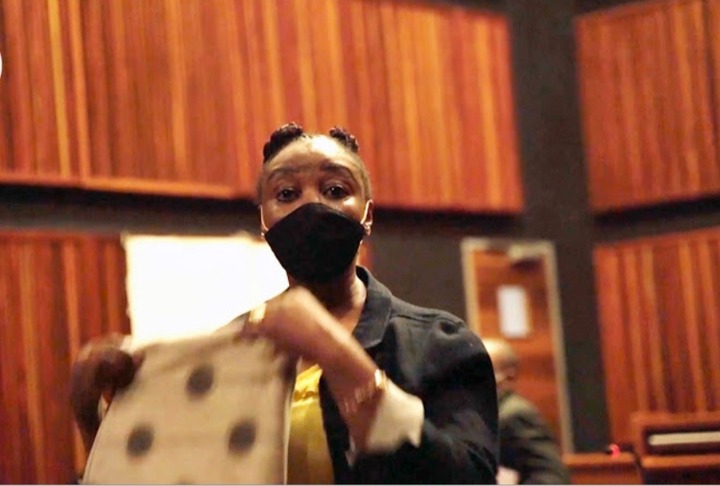 The high court today in Palm Ridge on the East Rand start hearing the defence and trial of former police constable Nomia Rosemary Ndlovu, a alleged serial killer who is accused of murdering her family members in return for insurance payouts,

The footage was recorded by an undercover police officer who had hidden the recording device in the car in which he, Ndlovu and another recruited hitman were travelling.

The said three people were headed to Bushbuckridge, where Ndlovu was suppose to show them her sister’s house. She allegedly wanted the two men to burn her sister, Joyce, and her five children alive in the house.

As they were headed to Bushbuckridge, they stopped at a garage in Middelburg, Mpumalanga, where Ndlovu wanted to purchased two litres of petrol and handed it to the undercover officer. The petrol was meant to be used to ignite the flames that would wipe out six of her family members.

It was also in the recording, taken during their five-hour drive from Johannesburg to Bushbuckridge, that she allegedly provided a motive for wanting her sister dead.

“You know I don’t have money,” Ndlovu is heard saying, addressing the alleged hitman Njabulo Kunene.

“You know I’m doing this so I can get a bit of money. You’ve seen that my car is on the brink of being repossessed. I don’t have money,” she said.

Ndlovu seemed unshaken and nonchalant about knowing her sister’s children would also die in the fire.

When asked by the undercover officers whether the policies she had also covered the children, she replied: “It won’t pay out for the children, only for [the mother]. But they cannot be left behind since they will be there too. You know that sparing them will mean leaving behind witnesses. So when a house burns down, everyone burns with it.”

She had allegedly hoped the fire would be ruled as an accident and she would cash in on a large sum of money from the insurance policies.

Ndlovu was nabbed moments after she had pointed out her sister’s house to the hitmen and boarded a taxi back to Johannesburg where she was rushing to return to the Carstenhof Hospital in Midrand to cement her alibi.

Content created and supplied by: SesokoNewsBiz (via Opera News )

Please Help Me|How Can I Overcome My Fear of Women? Here Is The Story

RIP Mpho Moerane: Check what his family did as he took his last breath

Heartbreaking. See what the Family of Mpho Moerane said the Doctors did, but could not save him

Stunning small house you would not want to miss out on.

Police officers in handcuffs, have a look at the photos