By Mametja (self media writer) | 10 months ago

Deokaran was one of the SlU's witness in multimillion rand PPE tender fraud investigation.

Stating the allegation have emerged surrounding the murder of gauteng health department official Babita deokaran following the arrest of seven suspect on Thursday.

It is alleged the hitmen were each paid sum of R400.000, R2.8million in total to kill Deokaran.

The question now is : who was behind it all?

Family spokesperson and brother in law tony haripersadh said the murder showed the lengths some people willing to go in order to silence deokaran .

"If you look at the manner in which the payment where made ...that is a lot of money and it shows the extent to which they want to get her out at all cost", said the haripersadh

He said the family was grateful for the swift reaction by the police in apprehending the suspect but lamented that Deokaran's protection should have been prioritised.

We are disappointed because this is not a thing that happened in a month or a couple of weeks ago.

This has been a thing that happened a past few years ago , and if trace what happened the time she exposed corruption many month ago.

Haripersadh said deokaran had not made the family aware of any death threats as she did not want to worry them .He went as far as revealing that, at some point she was suspended from work for a period of six months ,unbeknown to the family.

"Litle did we know she was suspended for six months and she kept this away from the the family because she did not want to let us feel her pain,but after she was reinstated .

"In one of the family chat group where we share information she revealed that she had been suspended for six months because she refused to toe the line and get involved in corruption " explained haripersadh .

"She did not make us aware of the fact that she received any direct threats ,but I think that some others in the family have some information that she texted them and they have already let the police aware of it.

It is alleged that the hitmen who killed deokaran was brought in from another province .

She was killed on Monday if frond of her home mondeor, South Johannesburg after she dropped off her child at school . 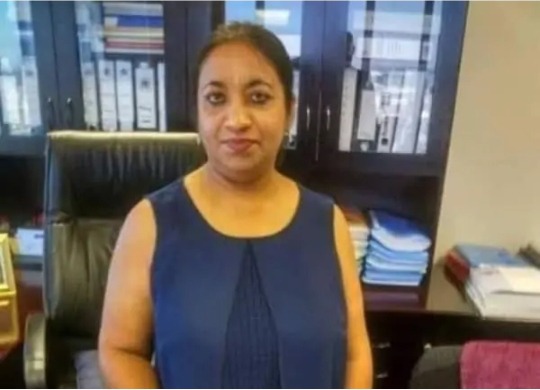 Content created and supplied by: Mametja (via Opera News )

Official statement: Mam'Mkhize responding to the assault allegations made by Sithelo Shozi