Cele says the teenagers, who died on Sunday at Enyobeni tavern, died as they were doing this. Read 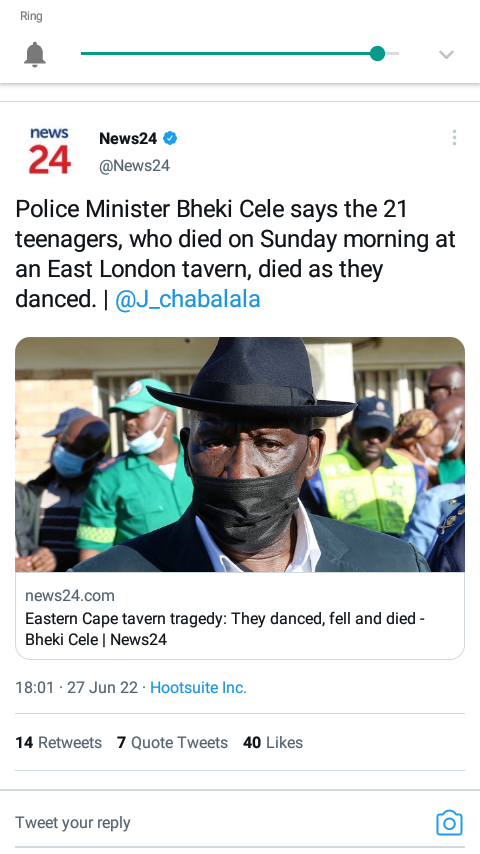 Police Minister Bheki Cele has dispatched a team of forensic investigators from the department's headquarters to investigate the murders of 21 youngsters at an East London pub.

According to Police Minister Bheki Cele, the 21 youngsters who died early Sunday morning in an East London bar were killed while dancing.

Cele stated at the Rural Safety Summit in Parys that the deaths of teenagers began between 02.13 and 04:30.

At the Enyobeni Tavern, the deaths of twelve boys and nine girls were confirmed.

The age of the youngest victim was 13. 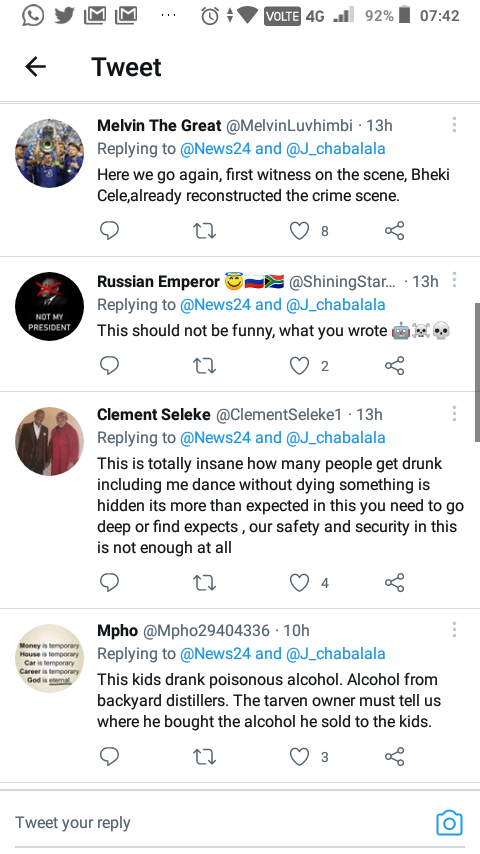 As they danced, they perished. They actually dance, fall, and die. Others would simply feel dizzy, fall asleep on the sofa, and pass away. It informs you that they were all children because somebody ought to have taken attention.

"As you fell, they would throw you aside and dance, which indicates that these were children who were meant to be under parental supervision," Cele explained.

Cele reported that when he addressed the community on Sunday about the incident, they were "heavy" on the police, asking where they were when the partygoers were dying.

The national police are supporting their local colleagues in determining exactly what caused the deaths of the victims.

The police have launched an investigation into the early Sunday morning deaths of 21 youngsters at a Scenery Park, East London pub.

The deceased victims were discovered at the Scenery Park bar early on Sunday morning, apparently unharmed.

Images circulating on social media since Sunday depicted young people's bodies strewn across the bar's floor and others lying lifeless on tables and couches. 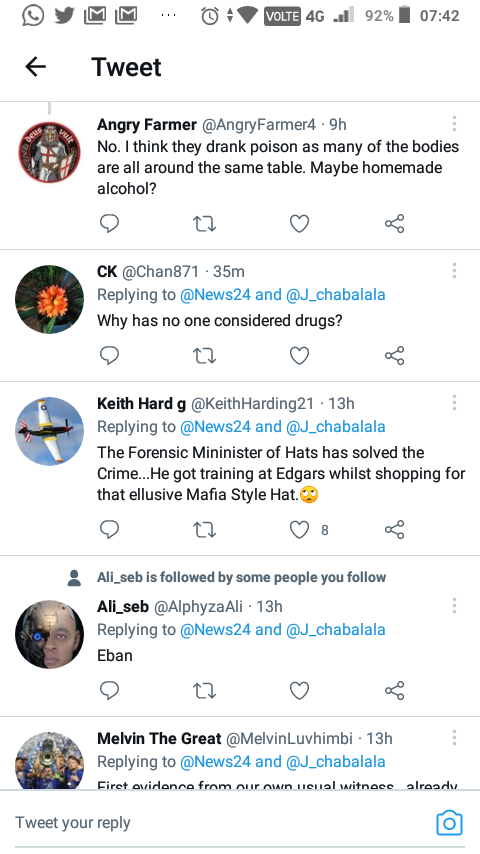 In a statement released on Monday, the Eastern Cape health service said that just 16 of the dead had been recognized, while five others remained unclaimed.

Some of the survivors of the bar catastrophe were still being treated in hospitals for backache, tight chests, vomiting, and headaches, according to the department.

The autopsies on the victims' bodies were done, and the results of the autopsies would be available once the forensic samples collected were analyzed. 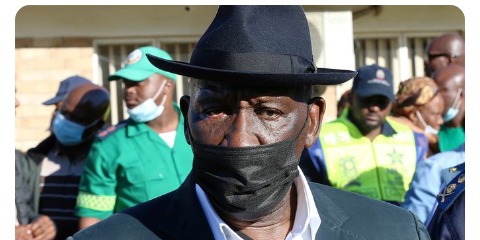