Police murdered him because they believed he was recording everything.

Linda Tshabalala, who was observing as Tembisa residents went on strike, was in the yard where he had rented out a rear room in the Endulwini Section of Tembisa. He was holding a smartphone in one hand and a lighted cigarette in the other. However, he was allegedly shot by the cops and died a short time later. According to Lerato Masalesa* (not her actual name), who claims to have been present when it all transpired, that is the account. She has requested that her identity remain a secret because she is concerned about what could happen to her if she speaks to you. Do not reveal my face, please. An EMPD Nyala suddenly materialized among the Tembisa must shut down protestors on the opposite side of the township welder, where Pheta Molonyama had just finished a piece job while dressed in welding work clothes. 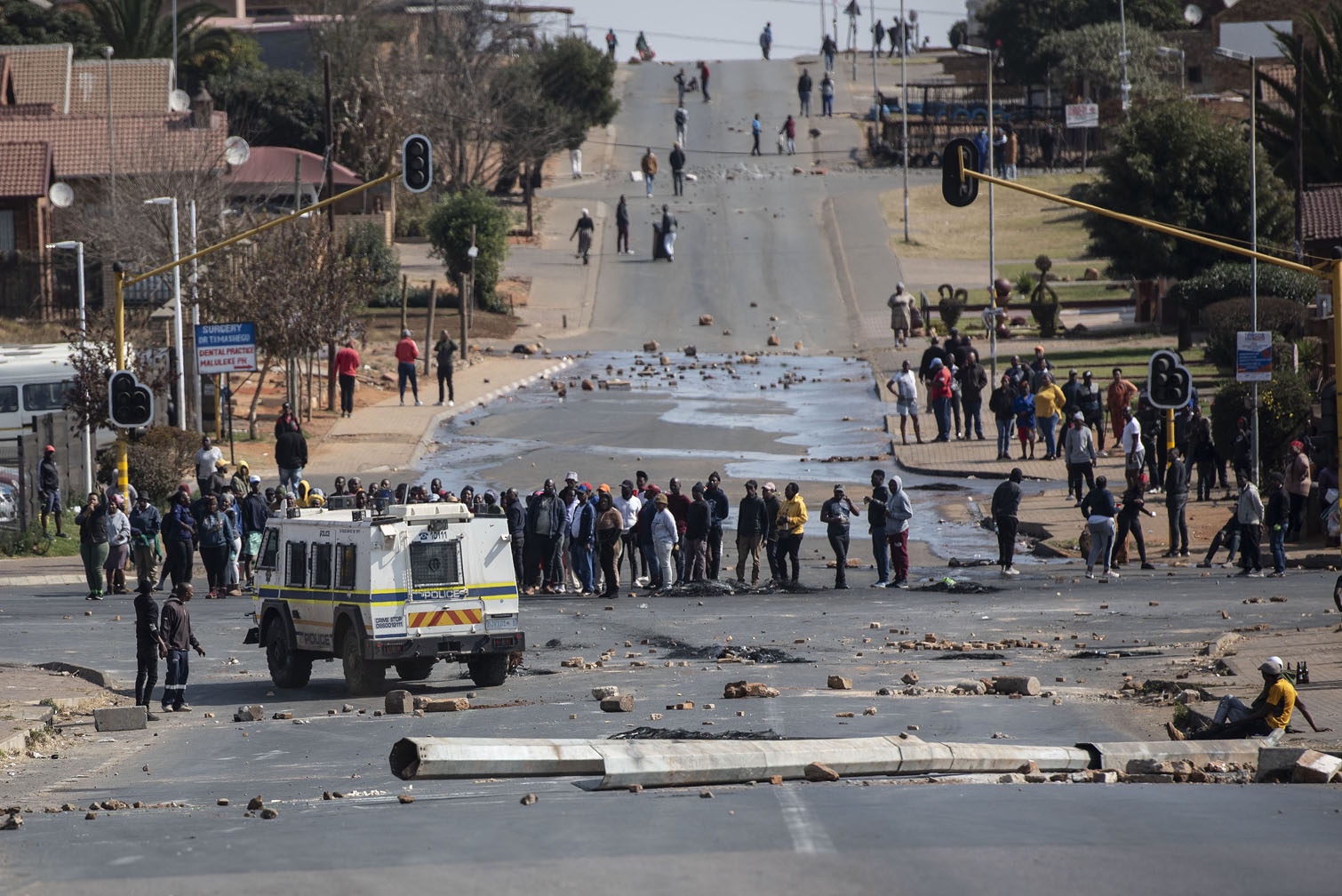 The cops then fired a warning shot, according to Swazi Ngwenya, a friend of Molonyama's. The 42-year-old welder, however, did not seek shelter when everyone else did; when he did, he was reportedly shot dead. According to Molonyama's sister, Boitumelo Sekonyane, the family's sole provider had just been asked to perform a piece job when he was killed. "They had called him near to where he was shot, just down the road. He ran into a bunch of folks as he was returning from there. As he was walking by, they claim that they heard gunfire. Things occurred so rapidly that a white Nyala appeared out of nowhere and began firing. He was wounded as they attempted to flee, and the locals claim that the white metro police arrived at the scene almost away after the incident.

A close friend of Molonyama named Ngwenya claims he doesn't know why Molonyama didn't run whenever everyone else did. Ngwenya remembers, "I don't know what occurred that he didn't move through the robot (when the warning shot was fired)." "We saw a white police aim a pistol at him while he tried to flee. He took direct aim at him. "You could see he intended to take this person's life," Ngwenya recalls. Ngwenya, a close friend of Molonyamas, dashed to the family's house, some 200 meters from where Molonyama was on the ground, to summon the mother to the situation. "I jolted her (Molonyama's mother) awake." I dashed to the home as soon as they shot him."

According to Sekonyane, the officer's statement stunned them. "'Are you the one who shot my son?' she asked the white metro police officer." and he said, 'Ek het hom geskiet,' which means I shot him." We arrive at Sekonyane's household in Mashimong Section on a Friday afternoon. A dozen guys are building themselves just outside the yard. Inside the yard, there is a lot of activity, with ladies walking up and down clear occupied with funeral preparations behind the house. Molonyama's distraught mother is said to be at the residence with an officer from the Investigative Police Directorate. "But he's driving this car," one lady points out, pointing to a large van parked outside. "You are welcome to come in after they are finished." A guy enters the residence moments later, carrying a file and a phone to his ear.

When we introduce ourselves, he says, "Yes, I am from IPID, but I will not tell you anything." You would need to speak with the appropriate individuals. I'm just getting information." Magagula, on the other hand, is not merely concealing information from journalists. Police have not released details on how far the investigation has advanced or whether the policemen charged have been suspended, according to Sekonyane.