In numerous instances, sanitary pads and diapers have been reported to have been utilised in religious rituals. When a young guy pretended to be insane, he was discovered rummaging through soiled sanitary pads and baby diapers that had been dumped at a trash dumpsite. 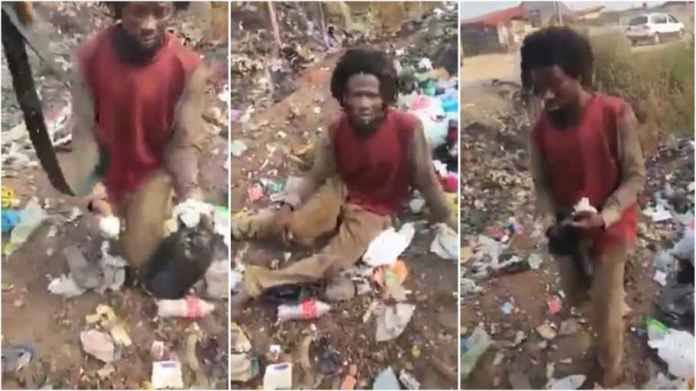 An Instagram video showed the man appearing very untidy, as if he were severely mentally challenged and hadn't showered in several months, according to the video.

With him was a black polythene bag that contained discarded sanitary pads and diapers that had been collected via the application of his ingenious method.

According to reports that accompanied the video that gained widespread attention online, the man was said to have disguised himself as a mad man in order to be able to steal the diapers and pad without being recognised or seen by people who knew him in the surrounding area at the time of the incident.

Unfortunately for him, a woman who claimed to know him raised the alarm, attracting the attention of those who were in the vicinity and bringing him to justice.

The next day, following an altercation with several furious young people in the neighbourhood, he said that he had been ordered by a local fetish priest to collect trash things so that they might be used in rituals to make him wealthy.

Latest design of nails for ladies to rock this xmas season