By TheeMentalist (self media writer) | 2 months ago 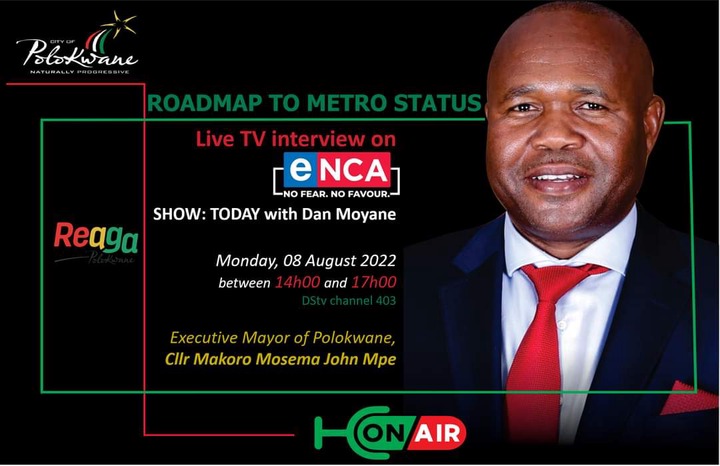 Polokwane municipality seems to be in good hands undet the leadership of Executive Mayor Cllr John Mpe. Since he took over there has been a lot of positives including fixing potholes and revamping some of the streets in the city.

Cllr Mpe is not stopping there and has big plans for the municipality. According to positive media reports, Polokwane Municipality is on the roadmap to attaining metro status.

More will be revealed during an interview on eNCAnews on Monday, 8th August 2022 as the Executive Mayor Cllr Mosema Makoro John Mpe talks viewers through this effort.

This simply means that all areas connected to Polokwane will become one and managed and governed by the same municipality.