Here are (10 People) Who Were Raised From The Dead in The Bible.

By Sir_Desiire | self meida writer
Published 1 months ago - 63 views

All the People Raised From the Dead in the Bible 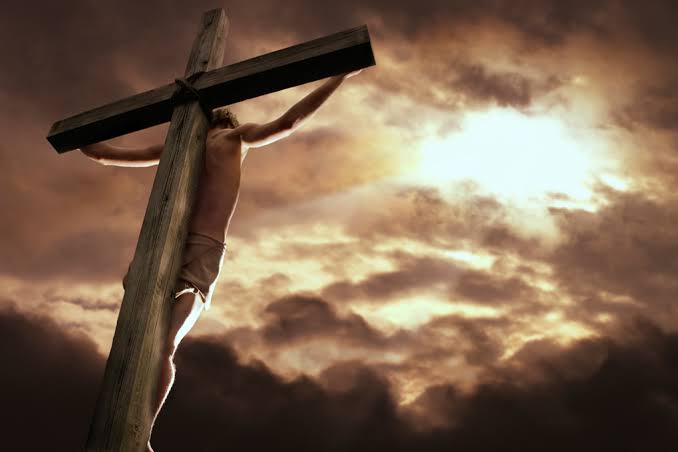 The promise of Christianity is that all believers will someday be raised from the dead. God the Father demonstrated his power to bring the perished back to life, and these ten accounts from the Bible prove it.

The most famous return, of course, is that of Jesus raised from the dead. Through his sacrificial death and resurrection, he conquered sin forever, making it possible for his followers to know eternal life.

But who did Elijah and Elisha have a hand in bringing back to life? Who did Jesus call back from the dead? And who did Peter and Paul resurrect? Here are all ten Bible episodes of people God raised back to life.

10 People Raised From the Dead. 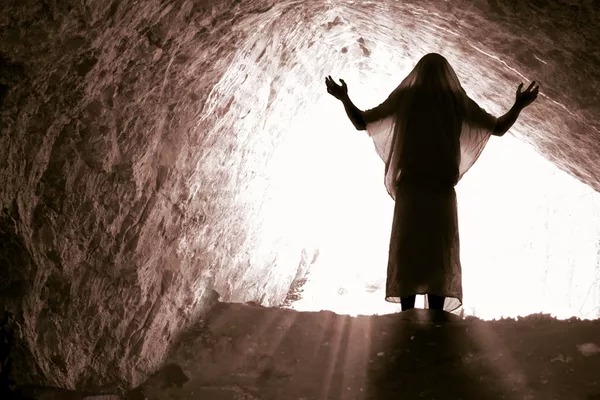 During a time of great drought, the prophet Elijah the Tishbite had been lodging at the house of a widow in Zarephath, a pagan city in Phoenicia. Unexpectedly, the woman's son grew sick and finally stopped breathing. She accused Elijah of bringing God's wrath on her for her sin.

Carrying the boy to the upper room where he was staying, Elijah laid him on the bed and stretched himself out on the body three times. He cried out to God for the boy's life to return. God heard Elijah's prayers. The child's life did come back, and Elijah carried him downstairs. The woman declared the prophet a man of God and his words to be the truth.

By performing this miracle in Phoenicia, God showed that he is the Lord of all nations and that Baal is a false God. 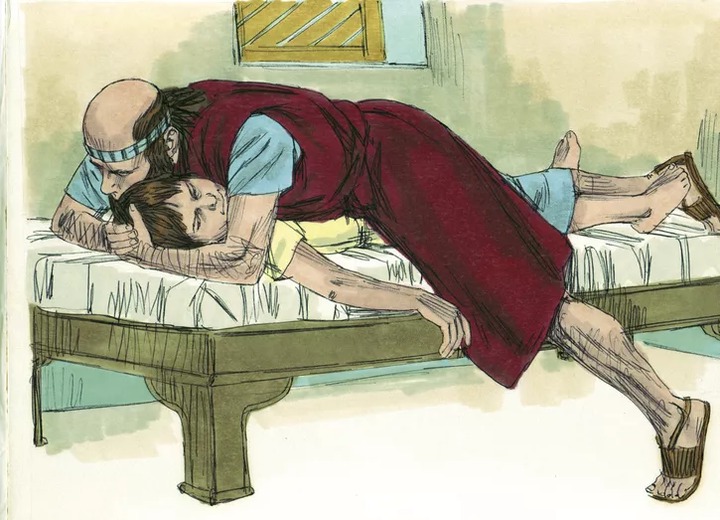 Elisha, the prophet after Elijah, stayed in the upper room of a wealthy couple in Shunem. He prayed for the woman to bear a son, and God answered. Several years later, the boy complained of a pain in his head and then died.

The woman raced to Mount Carmel to Elisha, who sent his servant ahead, but the boy did not respond. Finally, Elisha went to see the dead boy. He cried out to the Lord and laid himself on the dead body, mouth to mouth, eyes to eyes, hands to hands. The boy's body grew warm, then he sneezed seven times (indicating a perfect work of God) and opened his eyes.

When Elisha presented the boy back to his mother, she fell and bowed to the ground in worship. Then she picked up her son and left the room rejoicing with gratitude for what God had done for her. 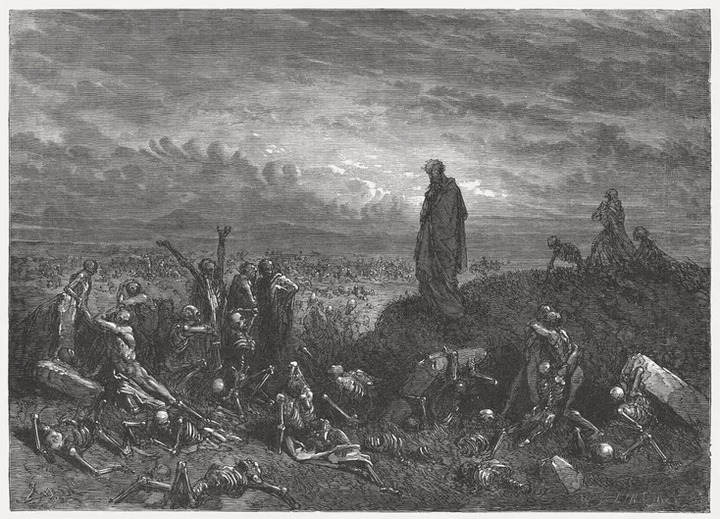 After Elisha the prophet died, he was buried in a cave or tomb. Moabite raiders attacked Israel every spring, one time interrupting a funeral. Fearing for their own lives, the burial party quickly threw the body into the first convenient place, Elisha's tomb. As soon as the body touched Elisha's bones, the dead man came to life and stood up on his feet. Evidently the men who tossed the body in Elisha’s tomb observed the man raised from the dead and spread the story far and wide.

This miracle was a foreshadowing of how Christ's death and resurrection turned the grave into the passageway to new life. 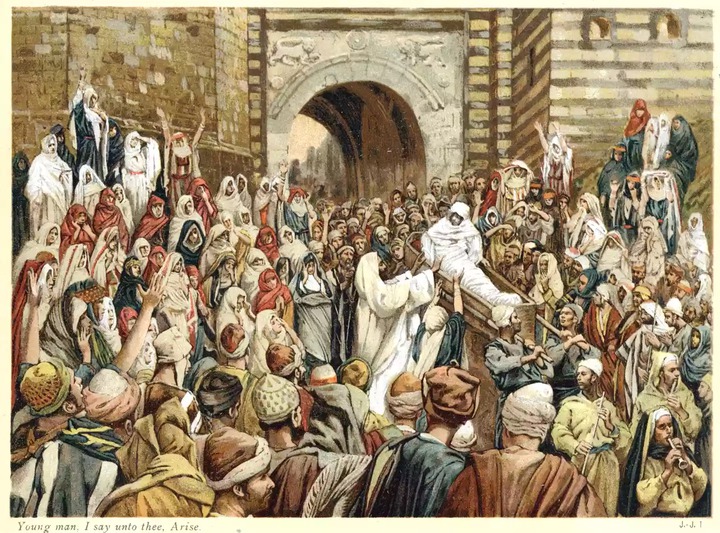 At the town gate of the village of Nain, Jesus and his disciples encountered a funeral procession. The only son of a widow was to be buried. When Jesus saw her, his heart went out to her. He touched the bier that held the body. The bearers stopped. When Jesus told the young man to get up, the son sat up and began talking.

Jesus gave him back to his mother. All the people were astounded. Praising God, they said, "A great prophet has appeared among us. God has come to help his people." The crowds recognized Jesus to be a prophet similar to Elijah and Elisha. 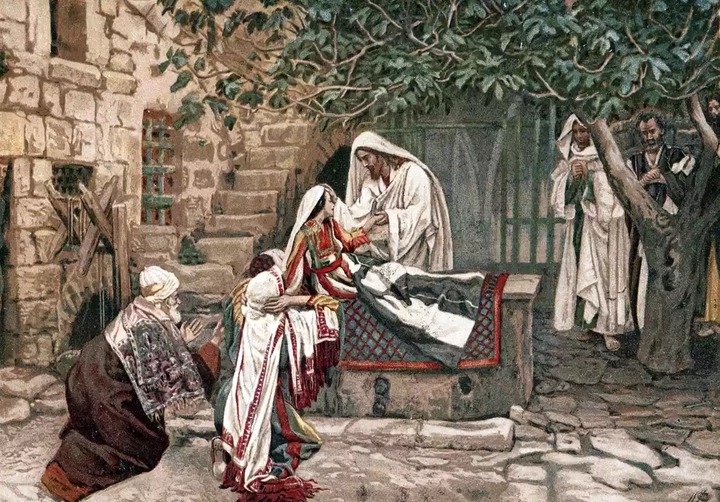 When Jesus was in Capernaum, Jairus, a leader in the synagogue, begged him to heal his 12-year-old daughter because she was dying. On the way, a messenger said not to bother because the girl had died.

But Jesus said to Jairus, "Don’t be afraid; only believe, and your daughter will be healed."

Jesus arrived at the house to find mourners wailing outside. When he said she was not dead but sleeping, they laughed at him. Jesus went in, took her by the hand and said, "My child, get up." Her spirit returned and she raised up to life again. Jesus ordered her parents to give her something to eat but not to tell anyone what had happened.

By this time in his early ministry, the Lord had demonstrated his total authority over nature, demonic powers, disease, and even death. Every force of life was driven to bow at His feet. 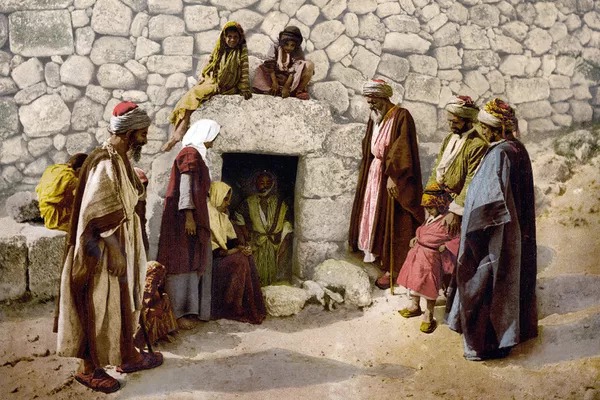 Three of Jesus' closest friends were Martha, Mary, and their brother Lazarus of Bethany. Oddly, when Jesus was told Lazarus was sick, Jesus stayed two more days where he was. When he left, Jesus said plainly Lazarus had died.

By the time they arrived in Bethany, Lazarus had been in the tomb four days. Martha met them outside the village, where Jesus told her, "Your brother will rise again. I am the resurrection and the life." They approached the tomb, where Jesus wept. Although Lazarus had been dead many days, Jesus ordered the stone rolled away, saying, "Did I not tell you that if you believe, you will see the glory of God?"

Raising his eyes to heaven, he prayed aloud to his Father. Then he commanded Lazarus to come out. The man who had been dead walked out, wrapped in burial cloths.

The Resurrection of Jesus Christ 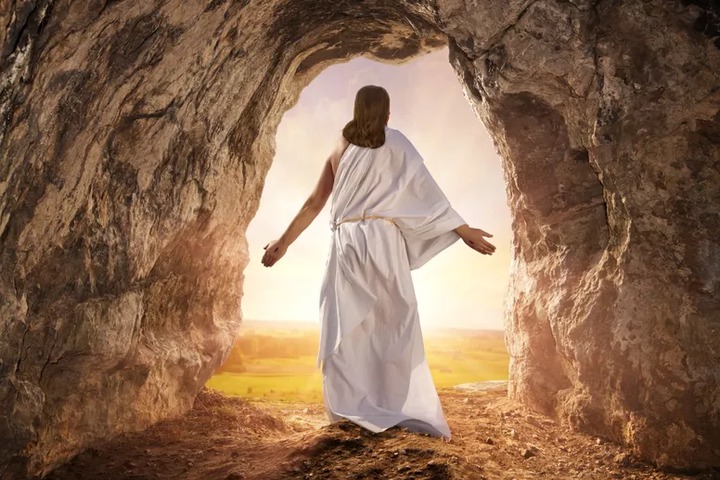 Several men conspired to murder Jesus Christ. After a mock trial, he was scourged and taken to Golgotha hill outside Jerusalem, where Roman soldiers nailed him to a cross. But it was all part of God's plan of salvation for humanity.

After Jesus died Friday, his lifeless body was put in the tomb of Joseph of Arimathea, where a seal was attached. Soldiers guarded the place. Sunday morning, the stone was found rolled away. The tomb was empty. Angels said Jesus raised from the dead. He appeared first to Mary Magdalene, then to his apostles, then to many others around the city. 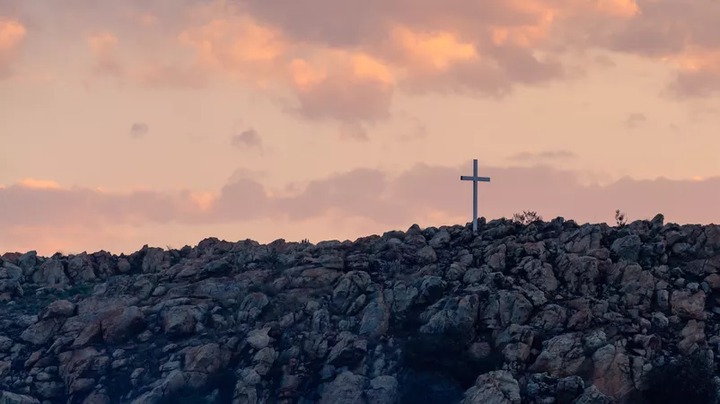 Jesus Christ died on the cross. An earthquake struck, breaking open many graves and tombs in Jerusalem. After Jesus' resurrection from the dead, godly people who had died earlier were raised to life and appeared to many in the city.

Matthew is vague in his gospel about how many rose and what happened to them afterward. Bible scholars think this was another sign of the great resurrection to come. 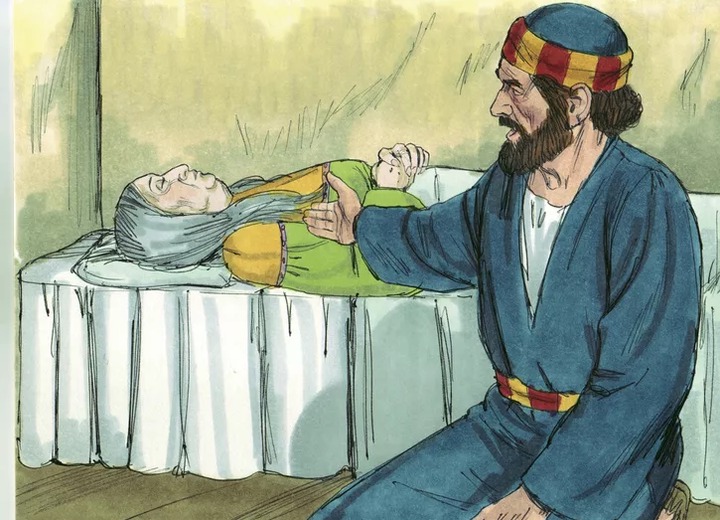 Everyone in the city of Joppa loved Tabitha. She was always doing good, helping the poor, and making garments for others. One day Tabitha (named Dorcas in Greek) grew sick and died.

Women washed her body then placed it in an upstairs room. They sent for the apostle Peter, who was in nearby Lydda. Clearing everyone from the room, Peter fell to his knees and prayed. He said to her, "Tabitha, get up." She sat up and Peter gave her to her friends alive. News spread like wildfire. Many people believed in Jesus because of it. 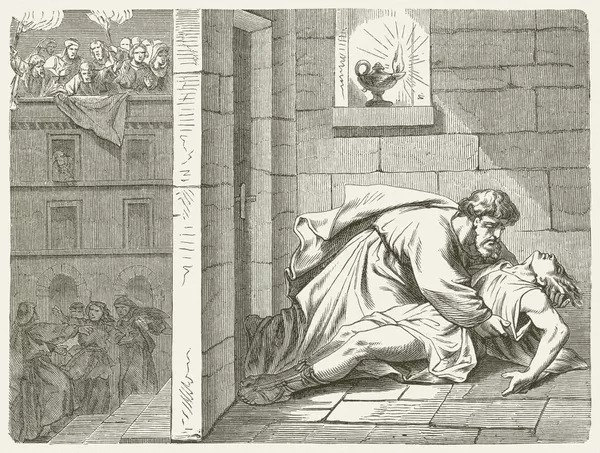 It was a packed third story room in Troas. The hour was late, many oil lamps made the quarters warm, and the apostle Paul spoke on and on.

Sitting on a windowsill, the young man Eutychus dozed off, falling out of the window to his death. Paul rushed outside and threw himself on the lifeless body. Immediately Eutychus came back to life. Paul went back upstairs, broke bread, and ate. The people, relieved, took Eutychus home alive.

For God so loved the world that he gave his one and only Son, that whoever believes in him shall not perish but have eternal life. (John 3:16, NIV).

God bless you all in Jesus name. Amen!

Christianity Elisha God Jesus Peter
Opera News is a free to use platform and the views and opinions expressed herein are solely those of the author and do not represent, reflect or express the views of Opera News. Any/all written content and images displayed are provided by the blogger/author, appear herein as submitted by the blogger/author and are unedited by Opera News. Opera News does not consent to nor does it condone the posting of any content that violates the rights (including the copyrights) of any third party, nor content that may malign, inter alia, any religion, ethnic group, organization, gender, company, or individual. Opera News furthermore does not condone the use of our platform for the purposes encouraging/endorsing hate speech, violation of human rights and/or utterances of a defamatory nature. If the content contained herein violates any of your rights, including those of copyright, and/or violates any the above mentioned factors, you are requested to immediately notify us using via the following email address operanews-external(at)opera.com and/or report the article using the available reporting functionality built into our Platform 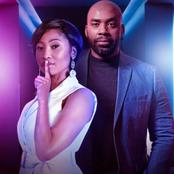 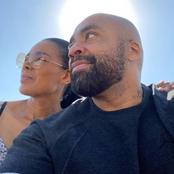 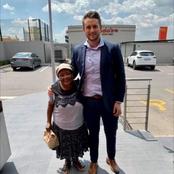 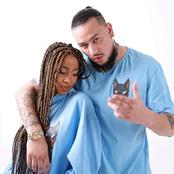 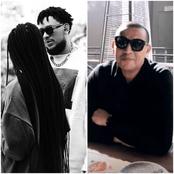 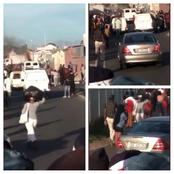 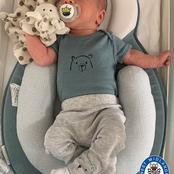