A Brave Man Tries To Lift His Plus Size Girlfriend, This Is What Later Happened To Him

Some pictures are going viral on different social media platforms, especially on Twitter. The pictures show a young man trying to lift his plus size girlfriend off the ground so that they can take some photographs. The pictures were taken, quite aright but some social media users said that the young man must have injured his waist in the process. They said it was a very risky thing for him to try lifting a lady who is almost four times his weight, declaring that it is not love, but foolishness of the highest order. They noted that the hip of the young man can easily shift which will lead to his hospitalization, all because he wants to impress his fat girlfriend and take photographs. Many people on social media who are making fun of the beautiful young couple on Twitter, saying that the family of the young man should act fast and rescue the young man from her before he breaks his waist. 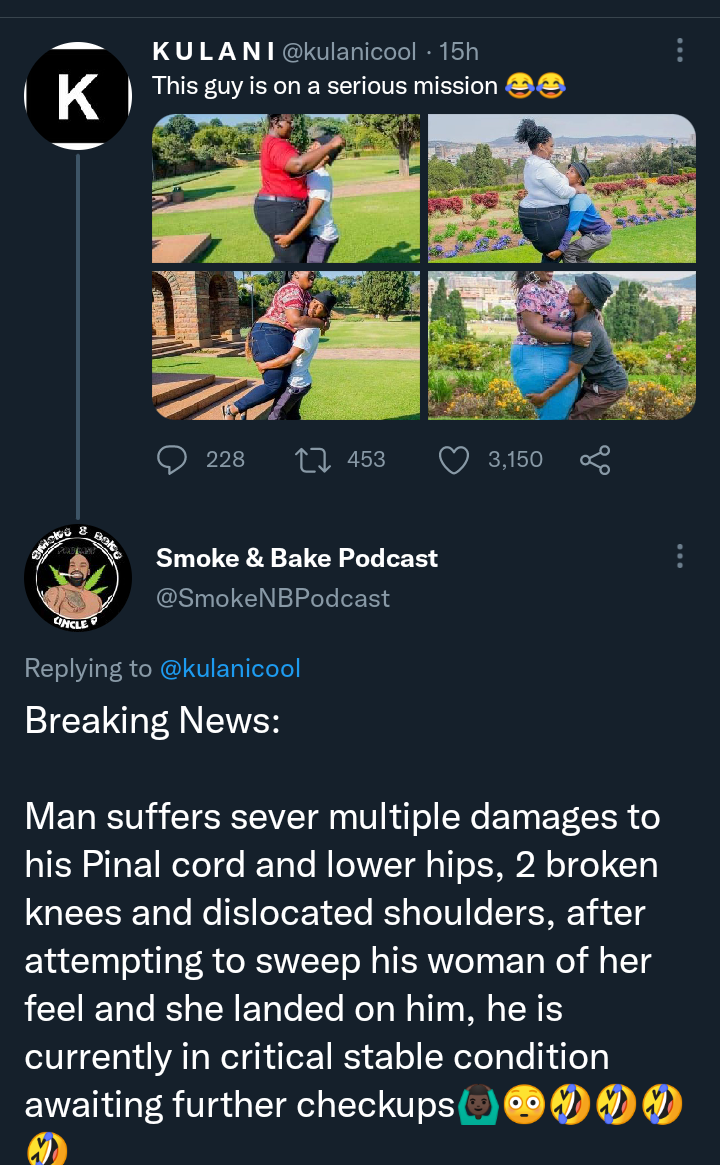 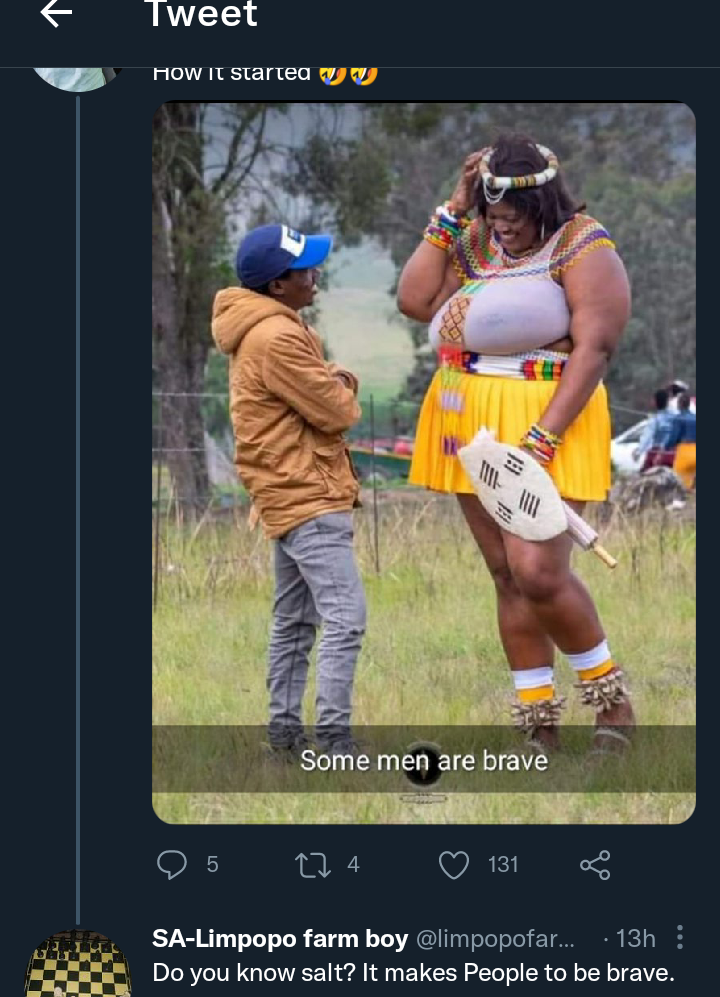 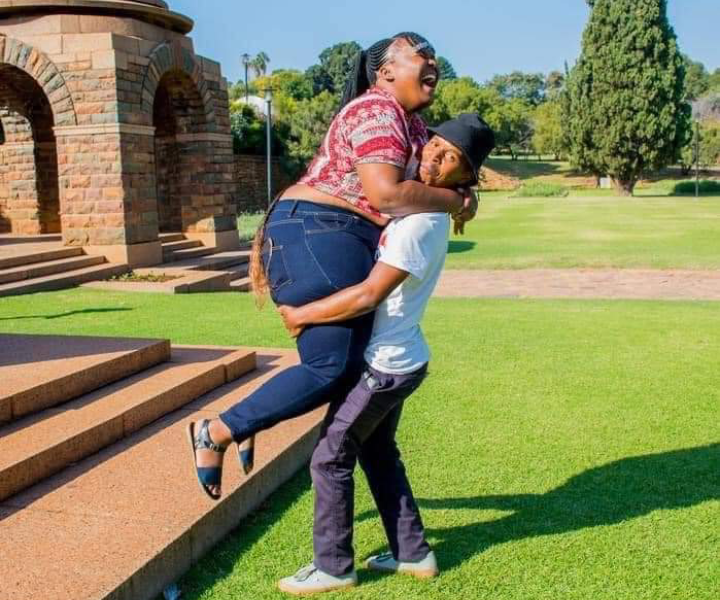 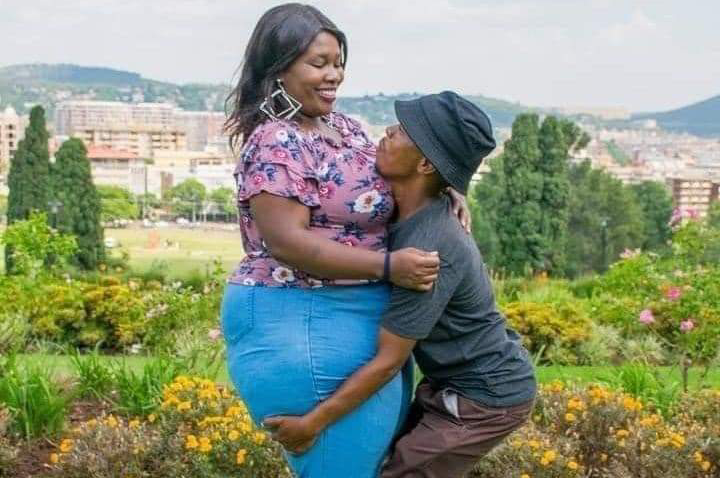 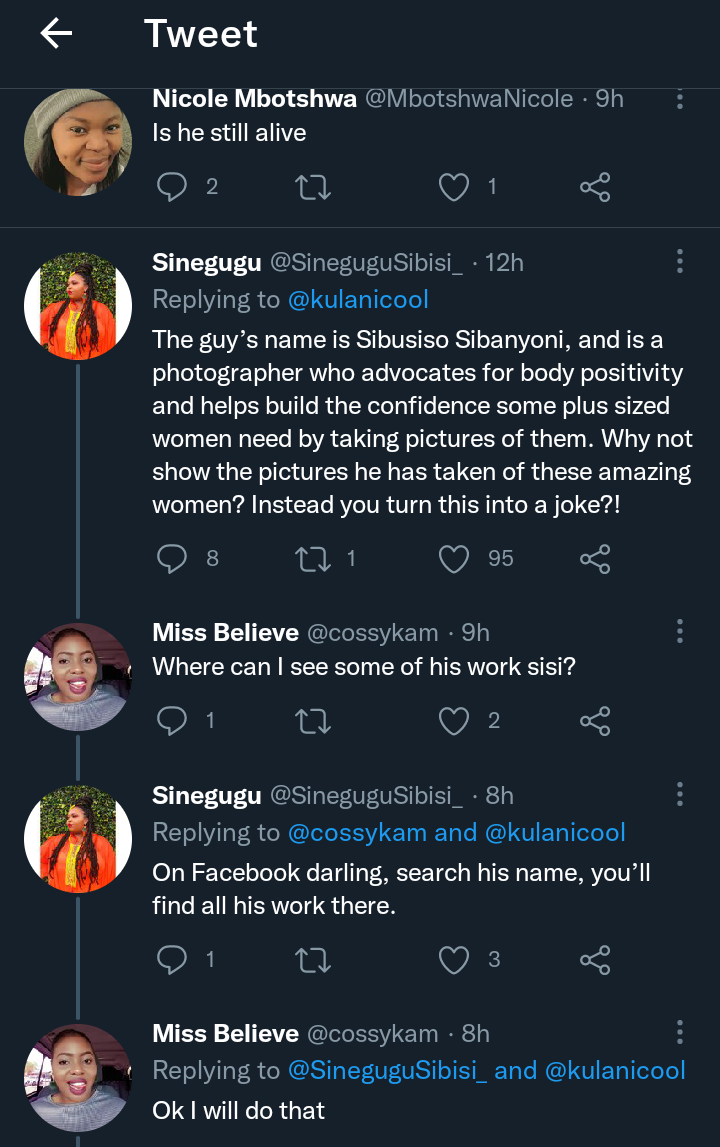 Someone pointed out that the said boyfriend is a photographer, and he is trying to recreate some of the remarkable photographs he took of people, “The man’s name is Sibusiso Sibanyoni, and is a photographer who advocates for body positivity and helps build the confidence some plus-sized women need by taking pictures of them. Why not show the pictures he has taken of these astonishing women? Instead, you turn this into a joke?”. Another person Twitter user mocked, "Breaking News: Man suffers severe multiple damages to his Spinal cord and lower hips, 2 broken knees and dislocated shoulders, after attempting to sweep his woman of her feel and she landed on him, he is currently in critical stable condition awaiting further checkups”. 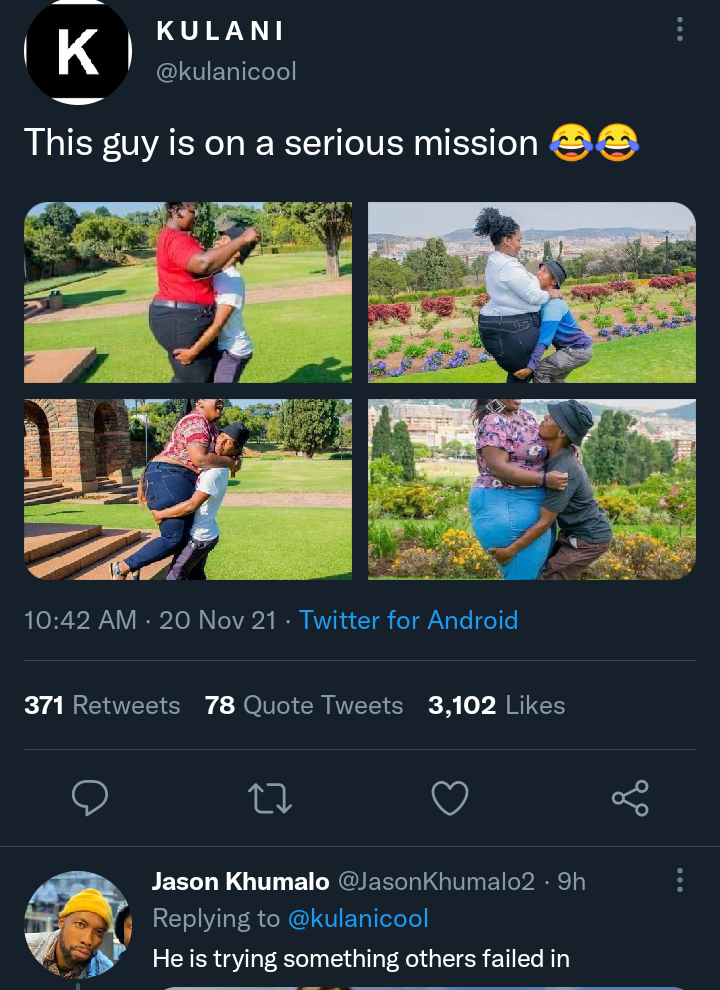 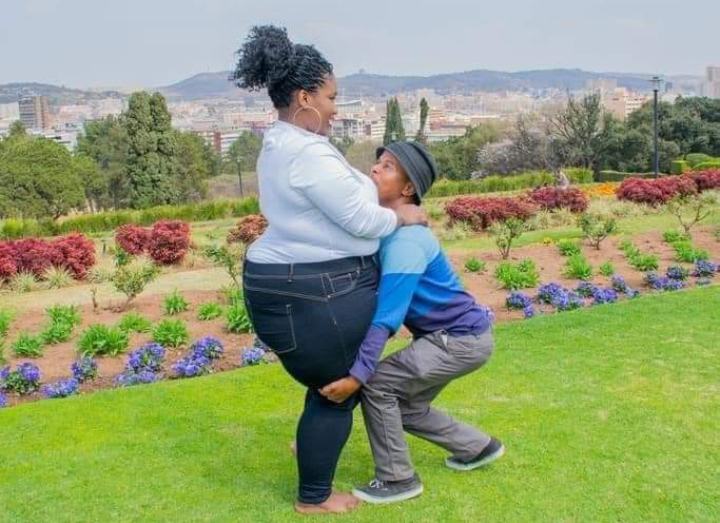 The gentleman is said to be very popular on Facebook, “Sibusiso sibanyoni, lol he reached out to me once on Facebook, to do one of his shoots sometime back he really plays for this team full force, you all should check his works out, they're by the village. She must have money, that's why he is risking his back. My man, long-term investment for the upcoming cold fronts and winter”. Some people said that the man is just a photographer who is fond of carrying fat ladies for photos just to build their self-confidence. Well, that must be an excellent ministry or calling, the minister of fat women affairs or…?

The Most Interesting Reason Why SPIRITUAL PEOPLE ARE NOW People Who Go To Clubs.