Recently, new information has emerged on how the slain wife of a 35 year old Paul Murage prophesied her death to the villagers on many times before her killing was committed. It has now been revealed that Millicent Muthoni, the wife of the suspected killer, had earlier told her neighbours not to grieve if they learned that she had been slain by her husband, according to police.

The tragic tragedy resulted in the deaths of four children and their mother in an unsightly incident into which the authorities have now launched an extensive inquiry. According to the latest information from the Standard daily, the suspected killer, after performing the heinous crime, went to the police station and gave out two packets of bhang. He was quickly apprehended, only to explain that this was not the primary motive for his visit to the police station. 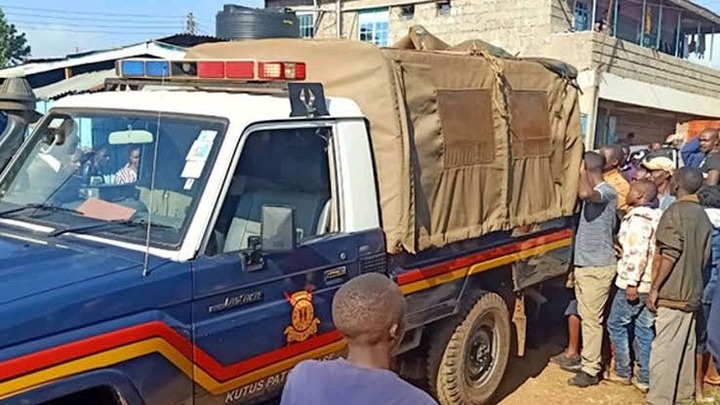 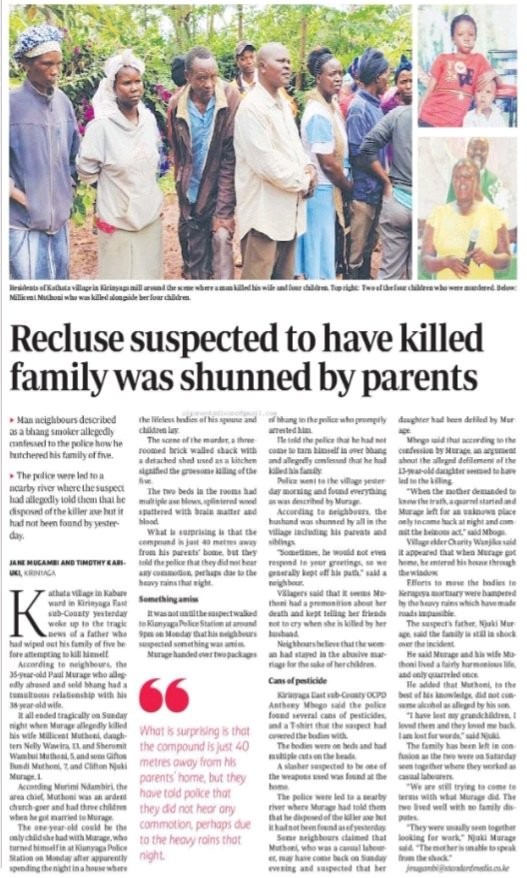 The suspected killer then spoke up about the murderes that he had performed and told the police officers all he knew about the five family members he had murdered, including their whereabouts.