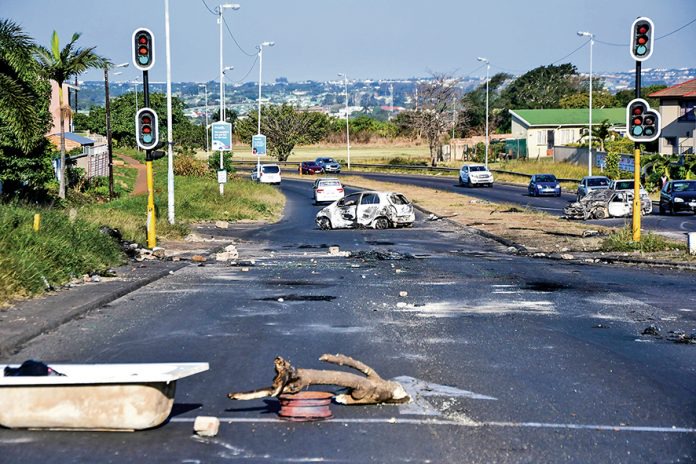 CONFUSION has risen over how a young matriculant was killed during the Phoenix riots in July this year, Mondli Majola (19), after a collision with two doctors who examined his body.

A report from the first doctor in Phoenix stated that Majola died of a stab wound to the leg and that a critical vein had bled to death.

A second doctor's post-mortem report states that the victim died of a gunshot wound to the face and a stab wound to the leg.

This has even confused Magistrate Irfaan Khalill in the Verulam Magistrate's Court, who was expected to hear the final submissions between the State and the representatives of the three Indian suspects, who are seeking bail.

The case was postponed to October 28, and a second report doctor will be called to testify in court.

Majola's body was exhumed from Flagstaff, Eastern Cape, and returned for a post-mortem by a State doctor at Inkosi Albert Luthuli Memorial Hospital in Durban.

The Govender brothers, Dylan (29), the first suspect, and Ned (30) the second suspect and community member Jeetendra Jakisson, appeared in court on Wednesday. They have pleaded not guilty to the charge of murder.

They are accused of killing Majola of Zwelisha, the State says he was shot dead and four of his accomplices were severely beaten in Palmview, Phoenix.

The Govender siblings' lawyer, Carl van der Merwe, denied the allegations in a statement issued by a second doctor. You have been granted this authority.

Prosecutor Advocate Thabani Buthelezi of the State criticized the first doctor's report, saying it was flawed and flawed, forcing the body to be exhumed and re-examined.

Khalil said the hearing on the bail application appeared to have turned into a trial which should not have happened.

Van der Merwe said a climax had now been reached which would help the court reach a fair decision.

It has emerged that the trial, which is expected to be heard in the Durban High Court, could take place in July next year.