The contentious Maponapona hikers have denounced the actions of a father who is not present. Joseph Mokoaledi in a photo

The goal of the three-day camp, which took place from June 24 to June 26, was to give men a forum for serious conversations about manhood.

The participants got the chance to have frank discussions about a variety of topics, including relationship difficulties, gender-based violence, responsible parenting, missing fathers, poor self-esteem, insecurities, personal healing, and personal development.

One of the 15 men who hiked naked was Pastor Sipho Nkosi (43), the IT director for the South African Leadership Gentleman's Club from Daleside in Gauteng.

Nkosi claimed that men have lost their status in society when speaking to Daily Sun.

"I'm here to discover more about who I am. I've been through a lot, and by travelling to Johannesburg, I hope to empower as many men as I can. We don't evaluate one another by how big or small our 4-5s are. We are here to help men reclaim their roles as providers, providers of direction, anchors, and leaders in the family."

The Maponapona climb, according to Thabiso Pebeila, 20, of Lebowakgomo, Limpopo, was a therapeutic program.

"It involves more than just being exposed. Regaining our lost manhood is the goal. Regardless of our financial difficulties, we strongly condemn the behavior of being an absent parent. The majority of dangerous criminals nowadays lacked a father figure as children "says he.

"To end the shackles of inherited curses, we are here. to dispel the false belief that men are incapable of crying. We want to make a sincere request to the fathers in our neighborhoods to help all abandoned kids and guide them in the proper path "Pebeila remarked.

This year's hike was a little different because it included a camp, according to the event's organizer Fana Lephakga. 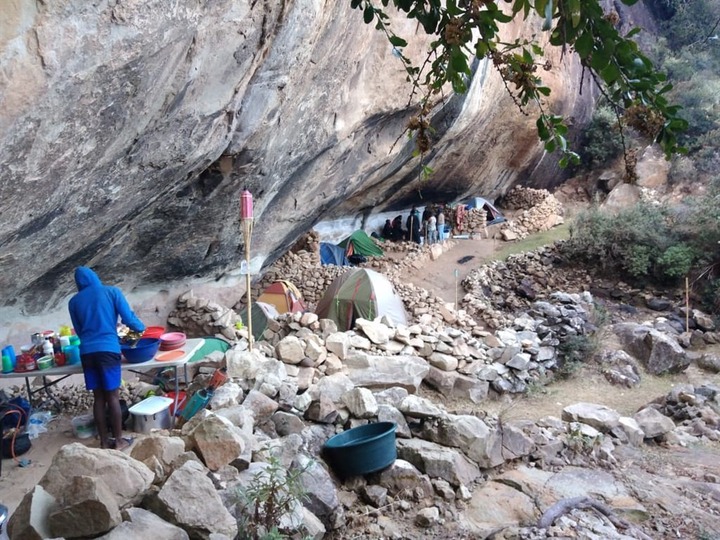 Participants gained fresh experiences through various activities. Screaming treatment is one of them. We allowed them to close their eyes, attach themselves to a horrific event, and cry out. It aids in removing resentment, disillusionment, hate, and ignorance, according to Fana.

And since we are creating brave guys who will combat gender-based violence, this is all about personal development, he added.

He claimed that they were creating a civilization to advance Ubuntu.

The excursion was a part of World Naked Hiking Day, which was observed on June 21.