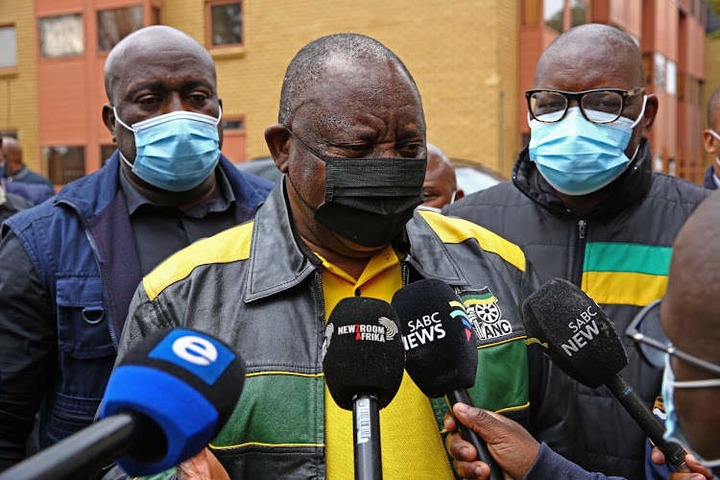 Ramaphosa was planned to get back to Nomzamo Informal Settlement, Naledi and Chiawelo. It was felt that he planned to give the local area criticism on their power issue which they had raised with him.

During his neighbourhood government races crusade on September 18, Ramaphosa guaranteed inhabitants that Eskom would take care of the intentional power outages which left them out of the loop for quite a long time. On that day, Ramaphosa got a threatening gathering from the local area however he figured out how to subdue their disappointment.

"Overall, the issue of power was managed. We will guarantee that Eskom reestablishes power. A portion of the transformers have exploded and those are the specialised issues that Eskom will manage and we will be cooperating to ensure that Eskom manages it," said Ramaphosa on that Saturday. He vowed to get back to the local area with an update.

The following week, the Sunday Times got back to make sure that Ramaphosa had satisfied his guarantee of sending a group from Eskom to supplant transformers - and found that work was in progress to reestablish power.

Inhabitants let Times Live know that they presumed that Ramaphosa didn't come on the grounds that there was a help conveyance fight in Orlando East upon the arrival of that booked visit. Gauteng police representative Lt-Col Mavela Masondo affirmed this, saying: "There was a help conveyance fight in Soweto's Orlando East. The occupants barred Sofasonke and Mooki Streets with consuming tires and shakes. The police had the option to scatter the group.""

Be that as it may, ANC public representative Pule Mabe said, "It's false. There was only a conflict in responsibilities."

One of the inhabitants who were visited by Ramaphosa on the principal day of his nearby government decisions crusade, Nozibonele Mjuqu, said he was baffled Ramaphosa didn't appear.

"I got a call that he should come to us yet he got derailed individuals who were fighting in Orlando. The people group was striking there in light of the fact that they didn't have power."

While Mjuqu was baffled that Ramaphosa didn't respect his guarantee to return, he said he was satisfied that a few houses in the space presently had lights. "Presently all that should be done are the power boxes that they guaranteed, yet the lights are coming on. There are still a ton of houses that should be turned on, so we have trust that he will return."

Mjugu said the power that had been introduced was not sufficient. "We can't cook, we don't know whether that is a transitory measure in light of the fact that these individuals (Eskom), are slow," he said.

In Naledi, Kabelo Mogosana said inhabitants were as yet in obscurity. "Ramaphosa should come yet he didn't and even presently we actually don't have power. It has been four months now."

Mogosana said the local area was informed that "Ramaphosa had private matters that he expected to take care of. Last week Gauteng head David Makhura came and he guaranteed that we would have power before last week's over. Yet, we actually have not heard from them and we don't have power."

The 29-year-elderly person said he had seen Ramaphosa crusading in different towns, "yet he has disregarded us".

"The races are coming, we won't decide in favour of the ANC, we need to allow different gatherings an opportunity."

Mogosana said the local area is wanting to close all the democratic stations nearby until Eskom turns on the lights.

In Chiawelo, Victor Mamoremi said the local area accumulated at a school called Gazankulu Primary School, which is a stone expendable from Ramaphosa's family home. "We were expecting that he planned to return to let us know Eskom doing about the power circumstance yet we saw him in Pretoria the following day."

He said the local area has settled on a choice that "they won't be administered by a young person". Mamoremi was alluding to the up-and-comer councillor who will address the local area after the November 1.

"We have acknowledged that we won't be controlled by a not even adolescent get governmental issues. We asked him what he will do about the 1994 issue when we applied for RDP houses. He let us know that he was still in creche in 1994, he can't do anything for individuals, what the heck is that? He knows nothing about governmental issues."

Mamoremi said basically Ramaphosa stayed faithful to his obligation to get inhabitants power. "They presented to us another transformer, associated it and presently we have power. There are [only] around eight houses around ward 11 that don't have power."

Presently all the local area needs, he said, is to made their choice on November 1. "I'm not going to decide in favour of the ANC, I am deciding in favour of another party. I would prefer to give my vote to civic chairman Herman Mashaba (ActionSA) and give my councilor (vote) to the EFF. I'm exhausted and I won't be managed by somebody who thinks nothing about governmental issues."

'Ramaphosa has forgotten about us,' say Soweto residents after postponed visit (msn.com)