Pontsho Mohlanka, who owned a bar, was found guilty of murdering his three patrons. 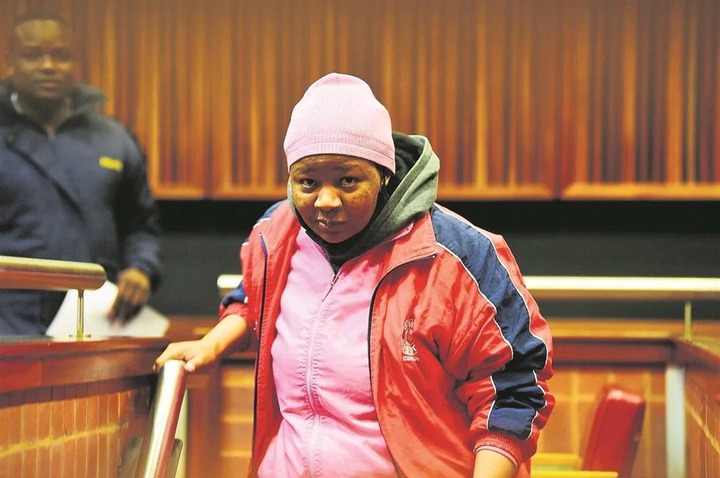 She was found guilty of killing three kids within a span of five months: 5-year-old Mzwandile Zitho in April 2020, 6-year-old Simphiwe Mgcina in July 2020, and 8-year-old Mpho Makondo in September 2020.

Lillian van Wyk, in her capacity as acting judge, announced the court's decision. Shortly thereafter, she sat down and began sobbing uncontrollably.

You have nothing to cry about. No tears, please. Mzwandile's grandmother, Nompumelelo Zitho, yelled after Van Wyk left the packed courtroom, "We are the ones who should be sobbing because we are the ones who lost children."

While the courtroom burst into chaos, Mzazi sat quietly sobbing.

His dockets were stacked up next to him. This is the moment I've been working toward. When a fellow detective handed Mzazi a handkerchief, he gladly accepted.

Mzazi added that he felt emotionally drained by the triple murder case because his children had the same names as the victims of Mohlanka's crime (Mzwandile and Simphiwe).

All of the bodies were discovered unclothed and unwounded. Bodies of Simphiwe and Mpho were discovered not far from the tavern, and Mzwandile's was discovered inside, wedged between a counter and a refrigerator.

It was shown in court that autopsies determined the three kids had suffocated to death.

Mohlanka testified under cross-examination that she and her partner killed the kids with a creature they hired to increase business at their bar. The ex-boyfriend is now a government witness who is safe from prosecution. 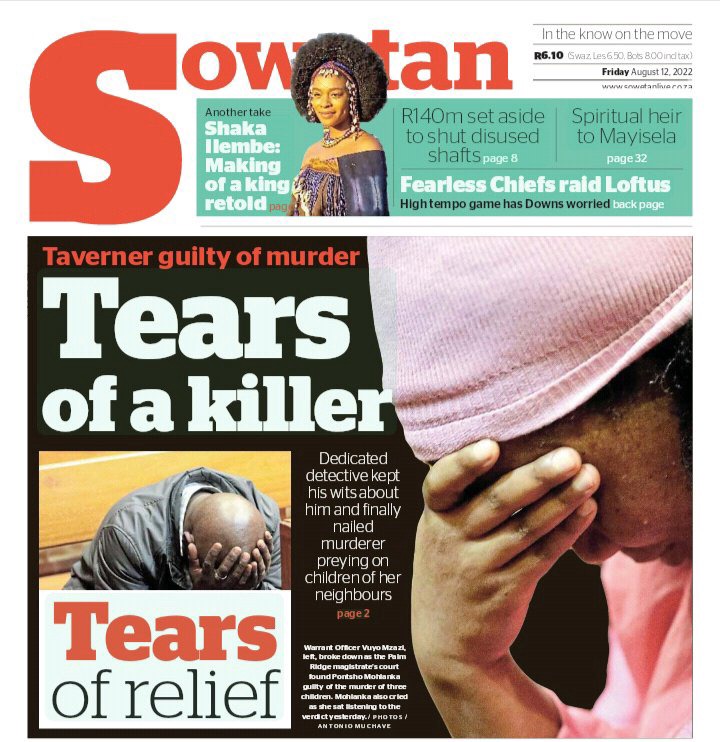 The judge decided that his identity should remain concealed.

But Van Wyk rejected the claims that her partner was a human bloodsucker, claiming that she wouldn't believe that version because it hadn't been shown in court.

Tembisa hospital corruption. See which report was found, but Buried for a year, after Babita's death