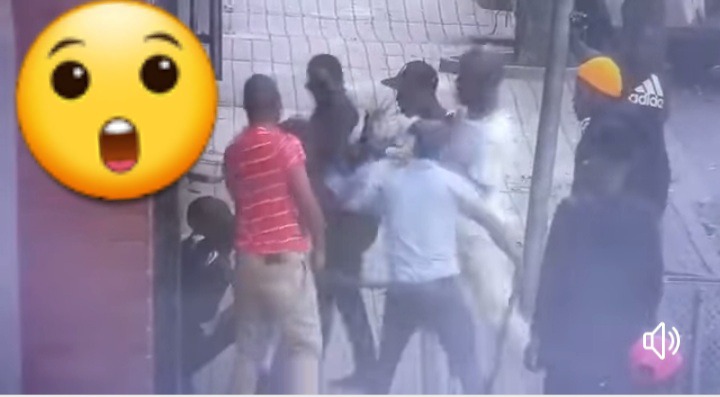 A video footage of two thugs being assaulted by community members at Quartz corner of Bok Street, Joubert Park, leaked on social media, it's alleged that they had robbed two teenage boys off their cellphones and cash.

The Flyingnewslive news page uploaded a video footage, yesterday, 13 March 2022 which shows two suspects being beaten with belts by a group of community members after they were caught at Quartz corner of Bok Street in Joubert Park (Gauteng Province), the cellphones and cash cash that they had allegedly stolen were recovered.

According to reports, it's alleged that two teenage boys were approached by two men who robbed them of their cellphones and cash, the suspects then fled the scene while the two teenagers went to seek for help from community, later that day the same suspects where spotted, chased after and caught.

The suspects have been handed over to police, to be arrested.

Nkosingiphile Ngcobo vs Thembinkosi Lorch | who has the hottest girlfriend?

From domestic worker to medical doctor

A Zimbabwean man was caught doing this along M2 Highway near a hostel, others managed to run away