It is alleged that the victim, who was violent, wanted to attack the suspect, seeking answers about the purity of his late grandmother.

MR Siyanda Phoswa (22), who was allegedly shot dead by his grandfather on Saturday in front of family members

The situation is tense for the Phoswa family in Nhlabamkhosi, Impendle following the alleged incident by a 82-year-old father, who killed his 22-year-old grandson three times, according to family members on Saturday night. 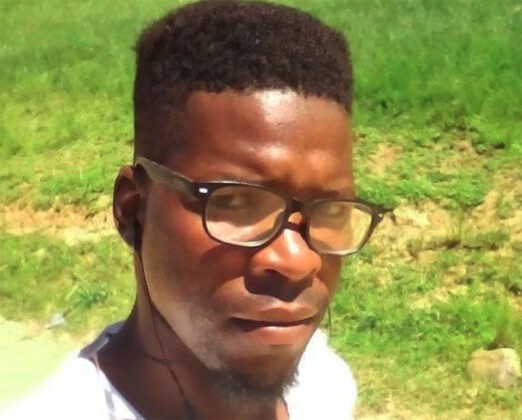 It is alleged that Mr Joseph Phoswa (82), was annoyed when his grandson asked him when the cleansing of his grandmother, who was buried on Easter Friday in April, to be washed.

The incident left the community of Nhlabamkhosi shocked by the actions of Mr Phoswa, who was released on bail in connection with the murder of his grandson Mr Siyanda Phoswa. In the incident at the old man's home, he appears to have been frustrated by being asked by a child what the adults do not need, and has been eating cannabis.

It is alleged that the deceased wanted to strike at his grandfather, forcing him to answer when the work would be done. The grandfather pulled a gun from his hip and shot the victim three times, killing her in the house. The old man finished shooting his grandson and then sat in his house waiting for the police to arrest him.

Ms Nokwanda Phoswa, the suspect's daughter, on the second wife as it turned out that Mr Phoswa, had three wives left with one, told ILANGA that the deceased had eaten bruises during an argument with his grandfather. “It was not a big deal at home, which would not have resulted in a dead body. Sadly their argument took place in front of the children. Although they have been psychologically counseled by what they have seen happen, there is still a bit of a shock. “I also almost died because I was there when the incident happened, I reprimand my grandfather. He turned his shotgun on me when apprehended by a police officer on the porch of the house where the shootings took place. It helped that the arrival of people who had calmed him down, ”he said.

ILANGA spoke to ward 4 councilor in Impendle Municipality, Mr Wonder Dlamini, who said the incident happened to his son-in-law. He said they were shocked by what happened between his father-in-law and his brother-in-law's son. “We know that every home has its own smoke but what we ask of the youth is to inform the adults. As a leadership we sympathize with the Phoswa family, which is what happened in my ward and in my in-laws as well. I don't have much at the moment as we will be going there to show our eyes, ”he said. KwaZulu-Natal police spokesperson Lieutenant Colonel Nqobile Gwala confirmed the incident, saying Impendle police had arrested an 82-year-old man. He said the man appeared in the Impendle Magistrate's Court on Monday and was released on bail