Peter Harvey, 58, woke up on November 18 to find 42 of his Brangus cattle, some of which were calving, missing.

He offered a R20,000 reward to anyone who could help find his herd. He estimated the herd to be worth about R1m.

Harvey said he and his three farmworkers searched endlessly until 36 of the black cattle, some with orange ear tags and all with swallowtail cut on the left ear, were found in a forest in Mjika village.

Police spokesperson Brig Tembinkosi Kinana confirmed on Monday that 36 of the 42 cattle had been recovered on November 22 at about 1pm.

“The SAPS received positive information from the farm owner and his farmworkers that several fences had been cut and the animals chased away.

“All leads were followed up and the animals were found about 45km from the direction of the farm at Mjika forest Tsolo. The animals were taken to Tsolo for safekeeping.”

On Monday, Harvey said he was relieved most of his herd had been found. 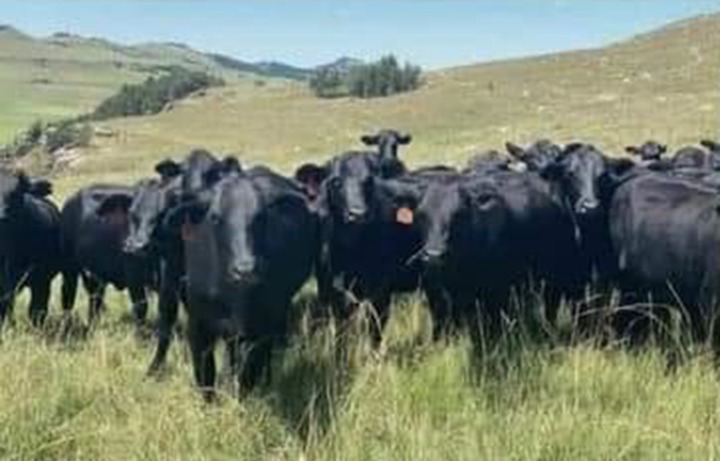 They were still searching for the missing six, which included a bull.

“I am relieved that we found them. It would have been better if all were found. We just looked everywhere and found them with no tip-off.”

Harvey said the reward post shared on social media platforms did not yield any results.

“A lot of people called but they were taking chances. I spoke to the police about that.

“My staff in a van looked from Qumbu to Mthatha for the cattle. It was thanks to our determination the cattle were found. We did not depend on anybody. Two cows gave birth while we were loading them. The cattle were bruised.”

Four years ago, 15 of his prized cattle were stolen and found in Qumbu.

“We work from 8am to 8pm just to pay our staff and pay off our debts. The pleasure of farming is becoming less.”

Searching for his cattle had affected him psychologically.

“It made me think of quitting. I will be better in months.”

Now he wants the law to take its course.

“People steal other people’s business. If one shoots people for stealing they are jailed for life but those who steal are not. They [livestock thieves] have guns and shoot people.”

Kinana said no arrests had been made by Monday afternoon. He said cattle farmers were encouraged to:

Mark their animals in the prescribed way;

Maintain all fences and gates;

Be aware that stock posts served as ideal overnight stopovers to hide stolen stock. Farmers should immediately report unknown stock in their herds;

Be particularly watchful during full-moon weekends and at the end or beginning of the month;

Do background checks when farmers receive applications for employment; and

Train their employees to pay attention to irregularities on the farm.

A Shoking incident happened in Alberton

Zimbabwean Robbers Arrested By Suspects After They Did This