By Galaxy8news (self media writer) | 7 months ago 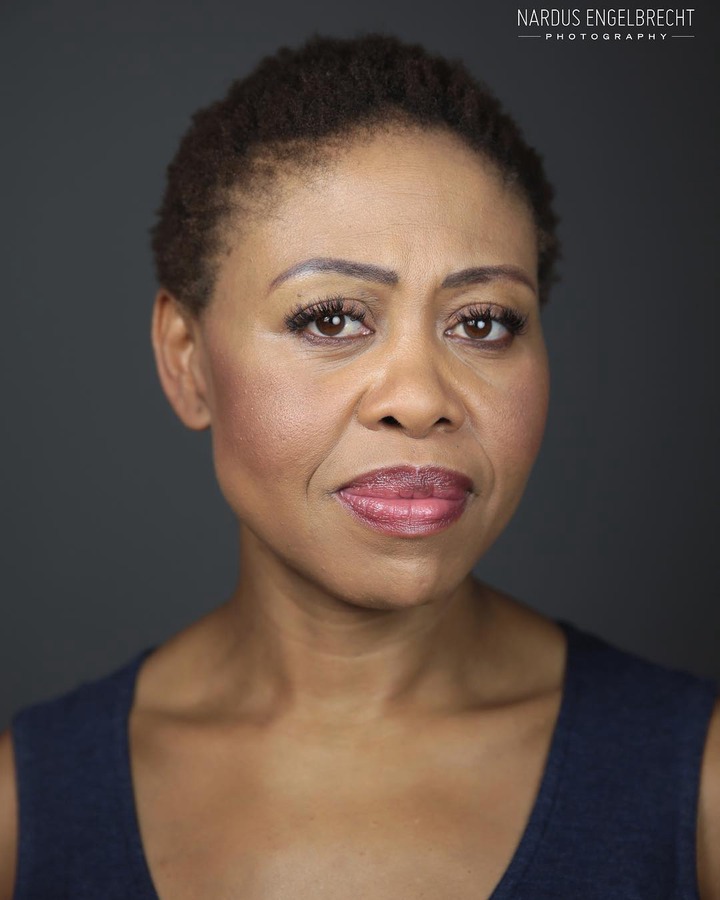 Radio host Redi Thlabi, announced that Tebogo Makhoa, who was the Director of Service Delivery in Ekhurhuleni Region, had been shot to death. Some tweeps corrected and said that, Tebogo was a Human Settlement Officer, and Ekhurhuleni did not have Director of Service delivery. He also added that he had been shot because he was involved in the illegal selling of RDP Houses. 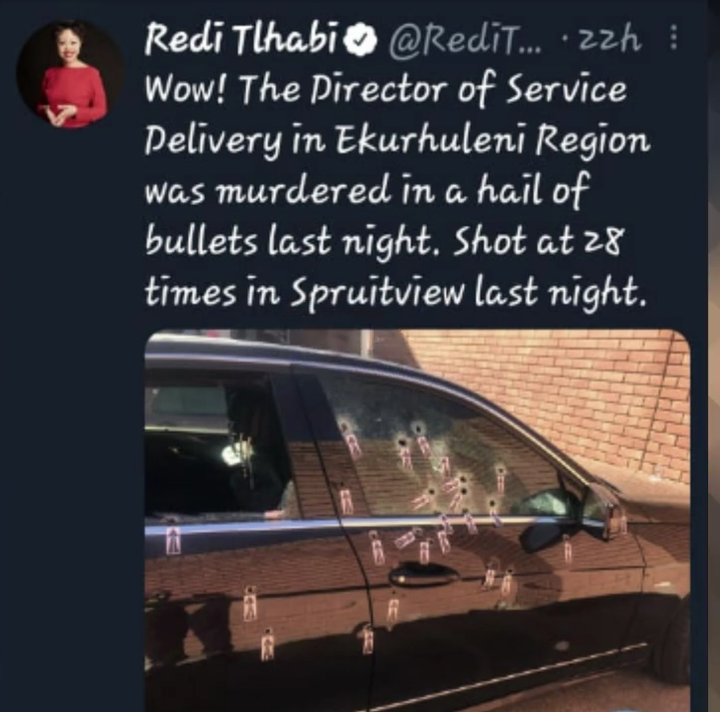 Whilst announcing his death, some felt that it was not her place to announce the man on twitter, Redi was called a liar, and a reporter of fake news. However, Redi did not take the correction and criticism kindly, " I did not post motive or reason for Tebogo's murder. I posted a fact that, he was shot at 28 times. That is not fake news", she said. 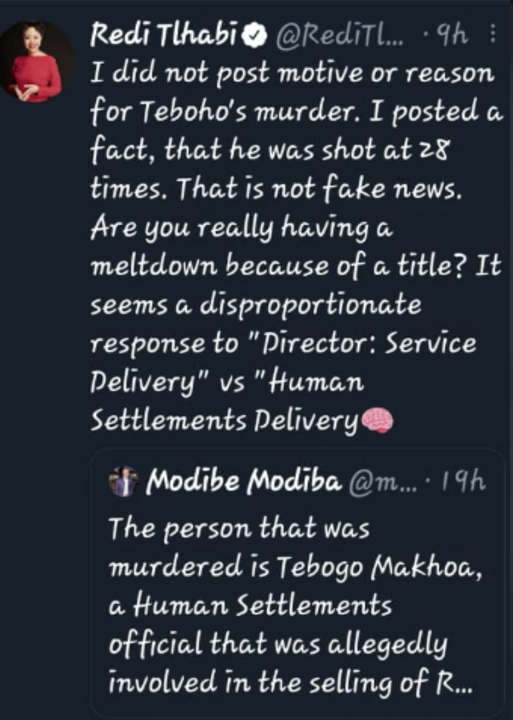 She added that, " Are you really having a meltdown because of a tittle?, it seems a disproportionate response to " Director of Service Delivery vs Human Settlements delivery", she added. 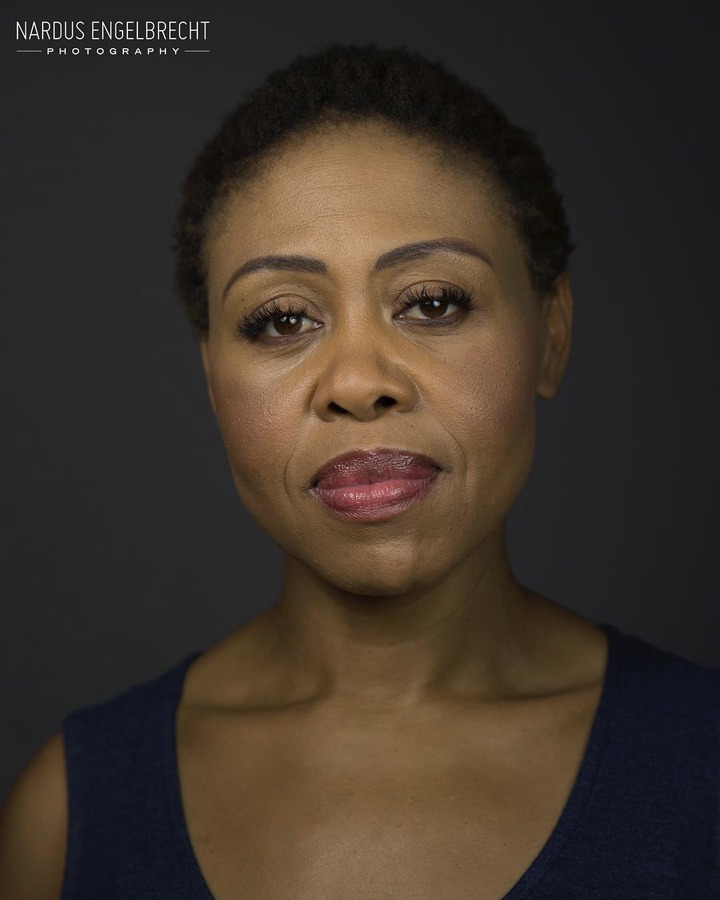 She also said that the family had asked her to spread the word, and that knew them personally as Tebogo was her neighbour's uncle. Redi also said that, two different members of Tebogo's family had given her the same Job Title. 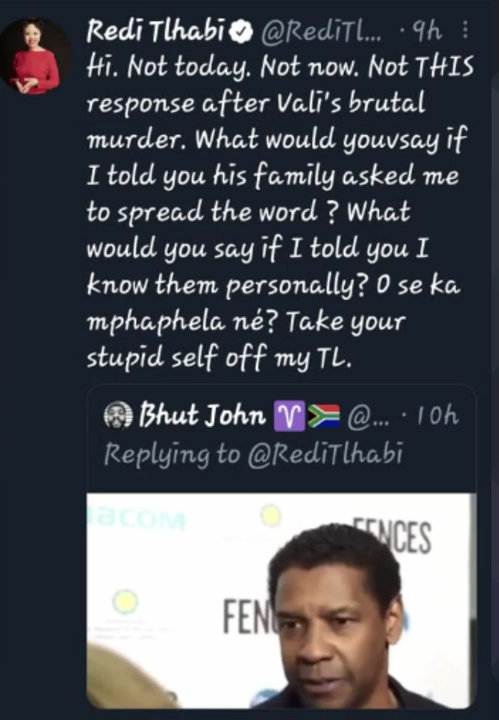 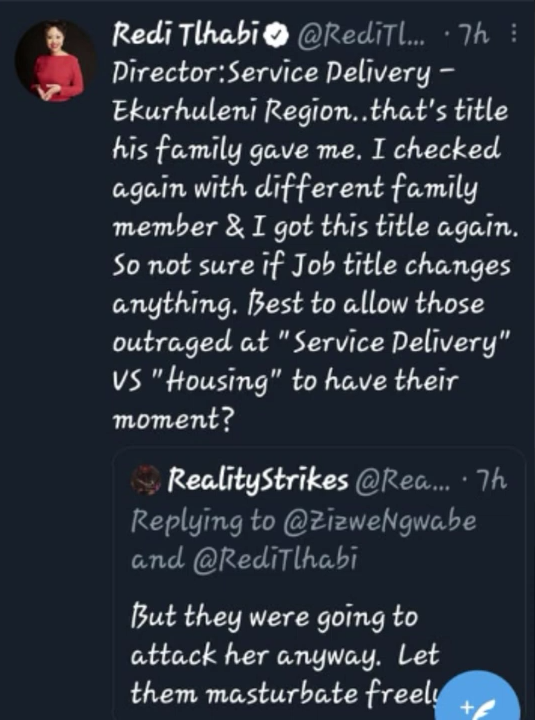 I am personally traumatized, 28 shots that's deep, let me know what you think of this situation down in the comments section. 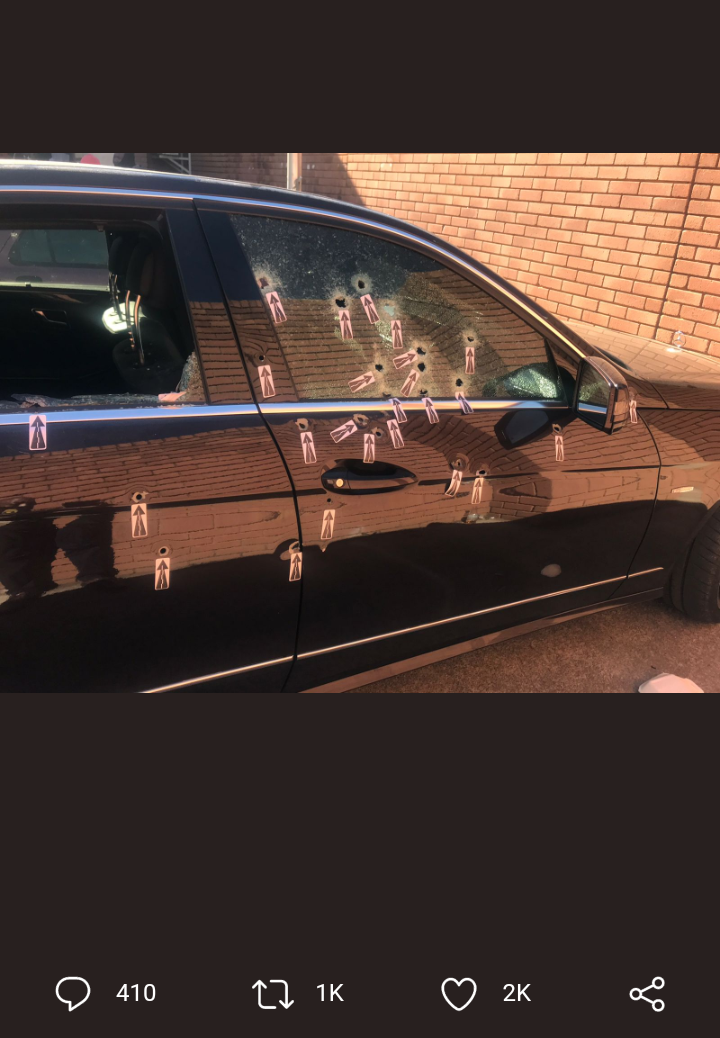 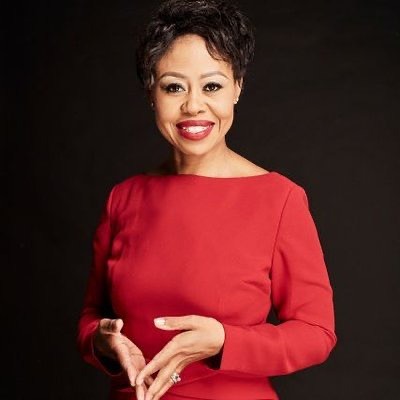 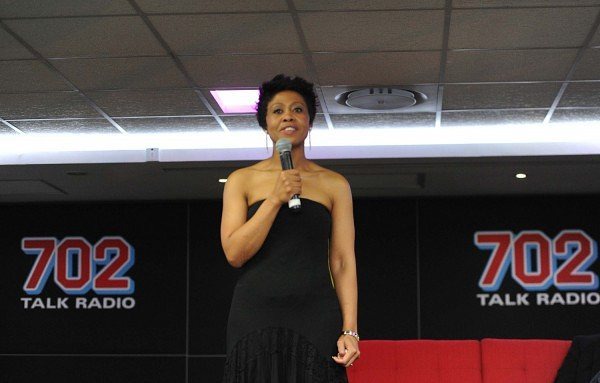