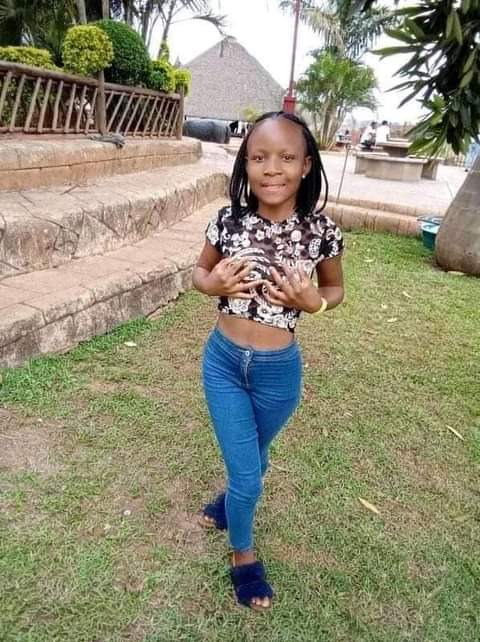 Tshinakaho Masindi(15) was brutally murdered by an unknown man, her boyfriend who she was walking with left her with the suspect and ran away to save his own life.

According to the daily talk online TV news report, 15 year old Tshinakaho Masindi was walking with her boyfriend from a resort in Vondwe village when they were suddenly approached by an unknown man holding a knife, the suspect grabbed Tshinakaho and threatened the boyfriend with a knife.

The boyfriend ran away and left Tshinakaho with the suspect, later that day Tshinakaho's body was found deceased with a stab wound on the chest, it's unclear at this stage what was the motive behind her murder, police have still not yet arrested the suspect who was responsible for murdering her, anyone who has information that could lead to the arrest of the suspect should contact the saps phone number.

"the bf ran away without trying and this young girl lost her life, may she rest in peace" wrote Vusi Dlamini.

Maano Tshilato responded to Vusi Dlamini's comment by saying "The girl is only 15, probably the boyfriend is around the same age. What can a young boy really do to a knife wielding man? Fighting the suspect would've been the same as signing a death warrant"

Sipho Chuma wrote "Some people are heartless how could he leave her alone, and may her soul rest in perfect peace"

Some people believe the boyfriend was right for what he did, some believe he should have tried to do more by maybe running to call someone for help, state your opinion on what you think about the situation on the comment section below.