FW De Klerk to be buried privately by family members only.

By Mampane (self media writer) | 2 months ago 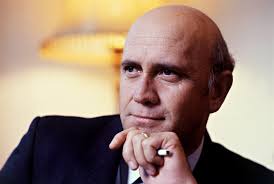 FW De Klerk died at the age of 85 at his home in Cape Town on Thursday after a battle with cancer."It is with the deepest sadness that the FW de Klerk Foundation must announce that former President FW de Klerk died peacefully at his home in Fresnaye earlier this morning following his struggle against mesothelioma cancer. Mr De Klerk was 85 years old. He is survived by his wife Elita, his children Jan and Susan and his grandchildren," read a statement by the FW de Klerk Foundation. 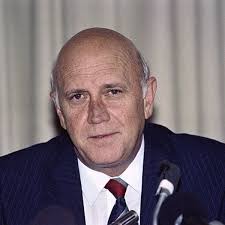 Anti-apartheid struggle veteran and former Robben Island prisoner Mac Maharaj says De Klerk was a prisoner of his own past.Maharaj, however, says De Klerk wrote himself into South African history, with unbanning of the ANC and the release of political prisoners.He says he has mixed feelings about de Klerk’s legacy because he did not admit that apartheid was a crime against humanity. 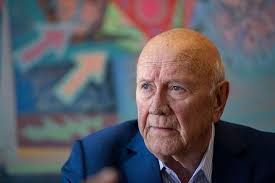 The government’s funeral manual, De Klerk had been entitled to a State Funeral Category 1 funeral which is reserved for the president, president-elect and former presidents of the country.With the ceremony being closed to the public, it was not immediately clear whether incumbent president Cyril Ramaphosa would be among the dignitaries who would be welcomed by the family for the funeral.

Content created and supplied by: Mampane (via Opera News )