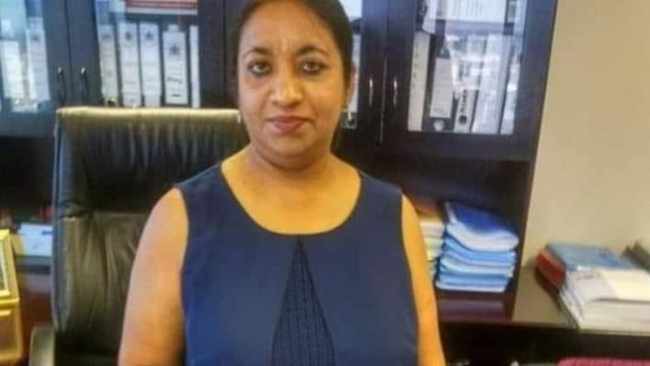 JOHANNESBURG - Police Minister Bheki Cele has reported that two additional suspects have been captured regarding the homicide of previous Gauteng Health acting CFO Babita Deokaran, who was gunned down external her home last week.

Cele was addressing columnists from Durban on Thursday when he made the declaration.

He said the two suspects were found with "a great deal of money", and an unlicensed gun and two vehicles were seized.

"The story is that it was a costly exercise, with individuals getting loads of cash each to pull the mission of killing Babita Deokaran.

"The way that they tracked down the crude money with them, we trust since they will actually want to disclose to us where did this money come from," said Cele.

Last week, six of the seven suspects accused of Deokaran's homicide showed up in the Johannesburg Magistrate's Court. They are relied upon to make a proper bail application under the watchful eye of the court on September 13.

Gauteng Premier David Makhura recognized the Gauteng Serious and Violent Crimes Unit for the captures at that point.

During that capture, two guns and two vehicles were seized.

"We have lost an upstanding local official and I am satisfied that SAPS has acted quickly in capturing the suspects in the homicide instance of Ms Deokaran. I accept that police will uncover the geniuses behind this terrible wrongdoing," Makhura said.

"The bad components in government who intrigue with rebel business to fix tenders have no place to stow away. Plunderers will not win. We won't withdraw," he said.