WATCH: Another High Schoolgirl Bullied, Slapped And Beaten With A Belt By A Group Of Girls

By Sasatjie (self meida writer) | 22 days

Just when the country is still dealing with Lufuno Mavhunga's tragic death who ended her life after being bullied by her peers at school where all other learners were watching, taking videos, laughing and mocking her, another video of yet another girl being bullied by a group of girls has emerged on social media.

According to Nkomazi FM, the incident happened at WEM school betwern Nkomazi and Bushbuckridge. The learner has been a victim of bullying by other learners who were seen beating her up in the video. 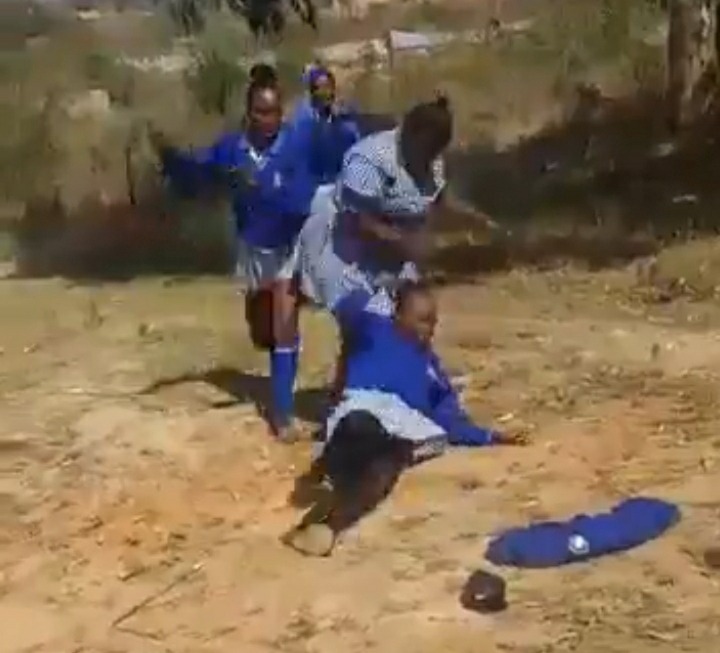 In the background, a girl can be heard pleading with the perpetrators to leave the victim alobe, but they carry on slapping her, dragging her by the hair straight to the ground, and another girl is seen carrying a belt and whipping the victim, whilst they insulted her, telling her not to dare them. The victim did not fight back. She just took all the beating whilst crying. 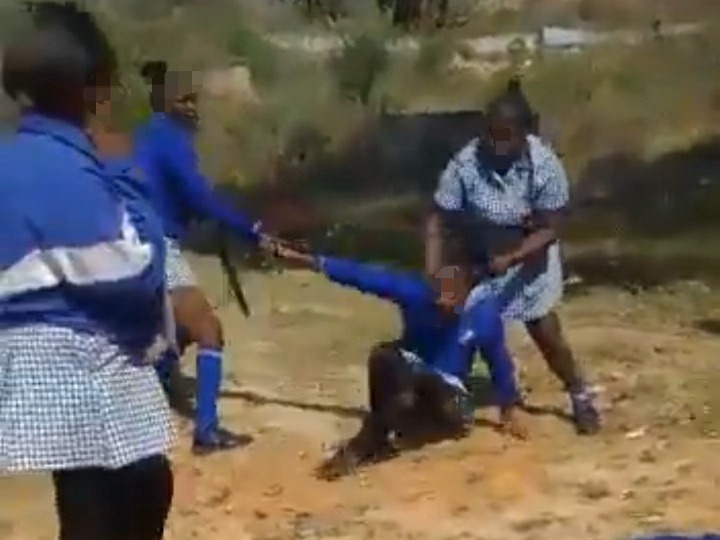 They can be seen throwing sand in her eyes abd continued beating her up until two boys came to the rescue of the victim as they ran towards the girls to try and seperate them from the bullied girl.

This has yet again brought so much anger to many people who are wondering why most incidents are caused by girls, as female learners are expected to be loving and caring but it seems to not be the case anymore as there are many female to female bullying incidents.

More and more cases are being reported and captured on camera of school girls bullying other learners. This shows that boy children are now more civilized than school girls as they are always the ones who stop these fights whilst girls watch and cheer for the perpetrator.

South Africans are calling for the arrest of these girls and all other past perpetrators who once beat up their victims. People are saying that these perpetrators deserve a far worse punishment than being expelled from school, and that the Department of Education really needs to do something about bullying at schools. 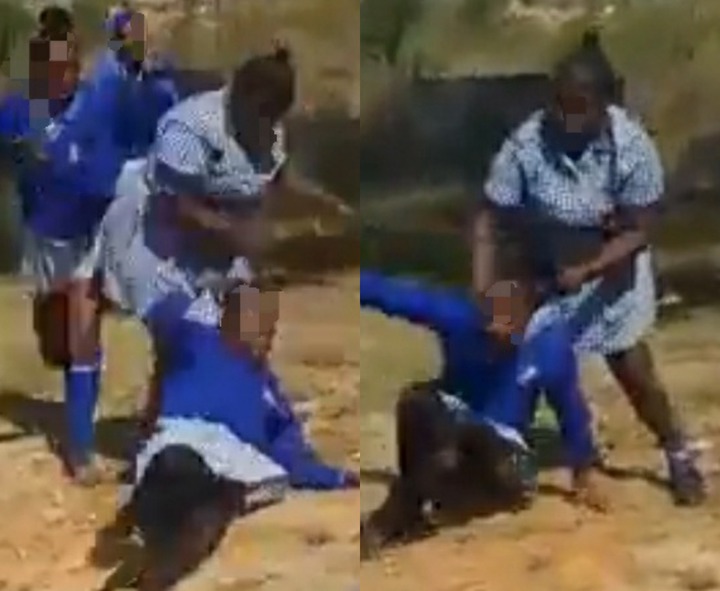 Do you think this is fashion or madness? Take a look at these 6 photos and conclude

"Swaziland Is The Winner - They Rule The Swati Kingdom And The Zulu Kingdom." Says A Tweep.

Would You Call this a Love for Animals or Madness? See Photos of People who Keep Huge Snakes as Pet

Black Coffee's Ex wife cries out on GBV, she was denied justice.

Communicate with your ancestors

Best knowledge about the water spirit