By TheEyeNews (self media writer) | 10 days ago

Islamic students in Ilorin, Kwara state, were given harsh punishments for attending a birthday party after their teacher saw a photo and suspected they had drunk alcohol there, according to Sahara reporters (which is forbidden in Islam). As a result, he passed judgment harshly on the kids, despite allegations that they didn't consume any alcoholic beverages and instead ate yogurt.

These junior high school kids brutally attacked their younger counterparts, and it was all caught on video. A total of three people, two men and a woman, were flogged to death with thin sticks in various regions of their bodies.

Asked why anyone would sit by and let their child suffer such abuse, Nigerians learned that the girl's father, Yunus Olareju, had publicly accepted responsibility for his actions and apologized for the treatment his daughter had received. When he was asked who told the school to treat his daughter in this manner, he answered it was him because they had been friends for over two decades. As a result, he believes they acted correctly. 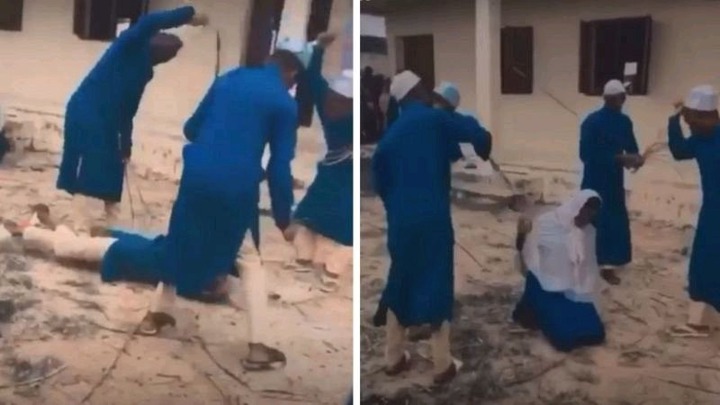 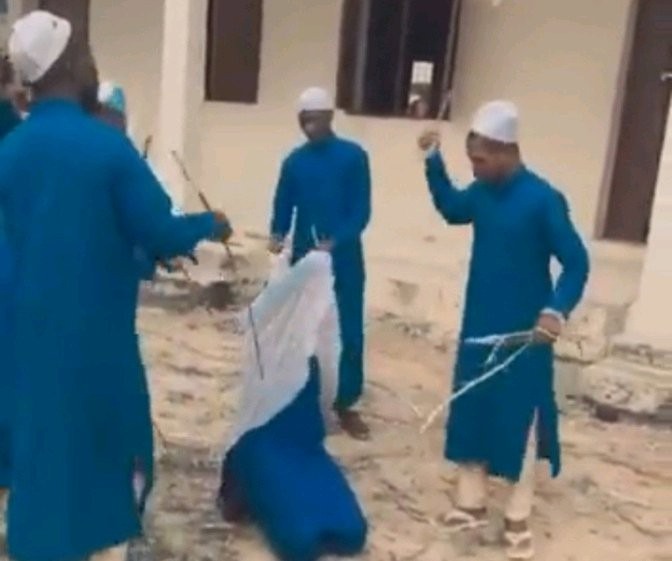 The father may subsequently regret his actions, in my opinion, because such a flogging would almost certainly land his daughter in a hospital. Her father would have to pay for hospital fees and drugs to treat the whipping marks, and she would have to miss some time of school while she recovered.

As a result, the parent would likely think about the punishments meted out to his children in the future.