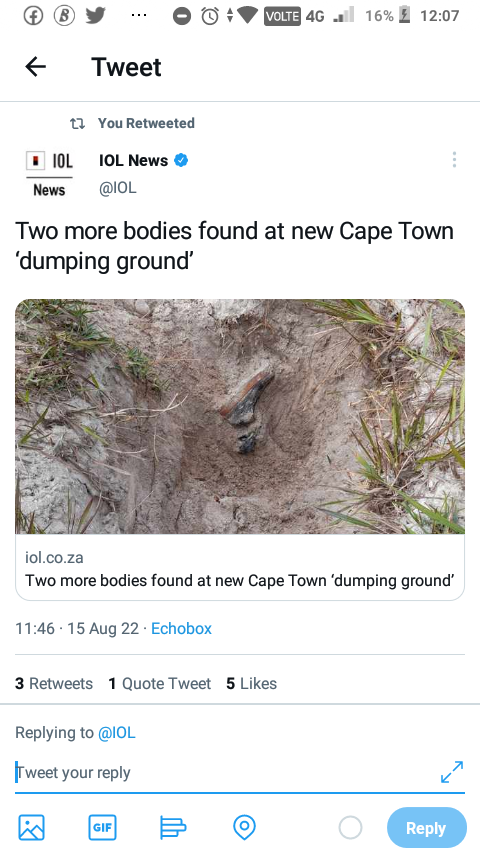 After finding a couple buried on top of each other over the weekend, police are looking into whether the Zeekoevlei Nature Reserve has been used as a place to dump bodies.

Colonel Dawood Laing, who is in charge of the SAPS in Grassy Park, says that preliminary investigations have shown that the Flakkas gang from Lavender Hill is using the area to dump bodies.

He says that two months after the body of 40-year-old Ashraf Galant from Athlone was found, worried city workers found a foot sticking out of the ground at the Zeekoevlei Nature Reserve on Thursday and called the police.

Laing says that the SAPS Forensics Team dug up the sand patch and found the badly decomposed body of a man. However, they got a shock when they found a second body underneath.

"When they took out the body that was mostly just bones, they found another one underneath." We think it's a man and a woman, but the investigation is still in a sensitive stage.

Residents are worried that Zeekoevlei is getting close to a full disaster.

The sewage spill in Zeekoevlei has enraged residents.

"Because of the decay, it's not clear how they died, but the autopsies will show that."

He says that the latest find was made close to two other events, including the disappearances of Ashraf and Mohammed Rif'at Booranoodien from Grassy Park last year.

"All of these bodies were found within 50 meters of each other, and based on our investigations, I can confirm that all signs point to the Flakkas [gang] in Lavender Hill and that they are using this area as a body dump."

The colonel says, "We have started a big investigation into this, and we will go after the people who did this." 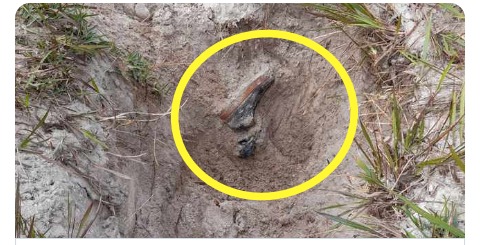 3 Animals With The Biggest Horns

The symptoms of low blood sugar.

Sad: Another South African Teacher Died In China & The Family Is Struggling To Bring Her Back

Women from Rwanda are among the most stunning in all of Southern Africa. (OPINION)