High unemployment in SA led 4 suspects into a brilliant plan, guess their plan. 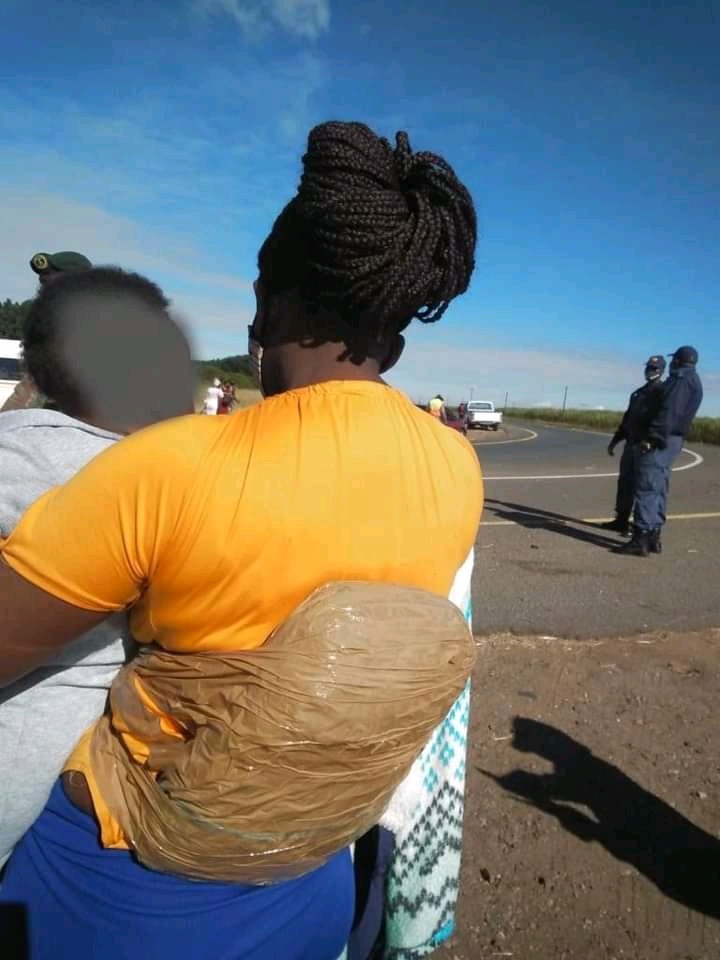 As seen on the pictures supplied, these suspects wrapped KGs of dagga around their bodies and covered them by either their T-shirts, sweater or Jersey. It was clear that this was an organized crime. These 4 suspects planned all this, unfortunately their plans failed dismally and fortune enough to the members of SAPS AND SANDF whom managed to apprehend them.

Could unemployment in South Africa be the main reason for these committed crimes? Was their plan that brilliant? Do you blame them though? Do you consider life so easy? Imagine someone without anyone to assist in life, would that be easy in this economic situation?

The above mother was arrested with her child, is that a child-abuse perhaps? Could that mean she had no one to stay with her child? If you were a police officer, would you have apprehended the mother in front of her child, considering the crime committed? Can amy reason be justifiable for committing such crimes? 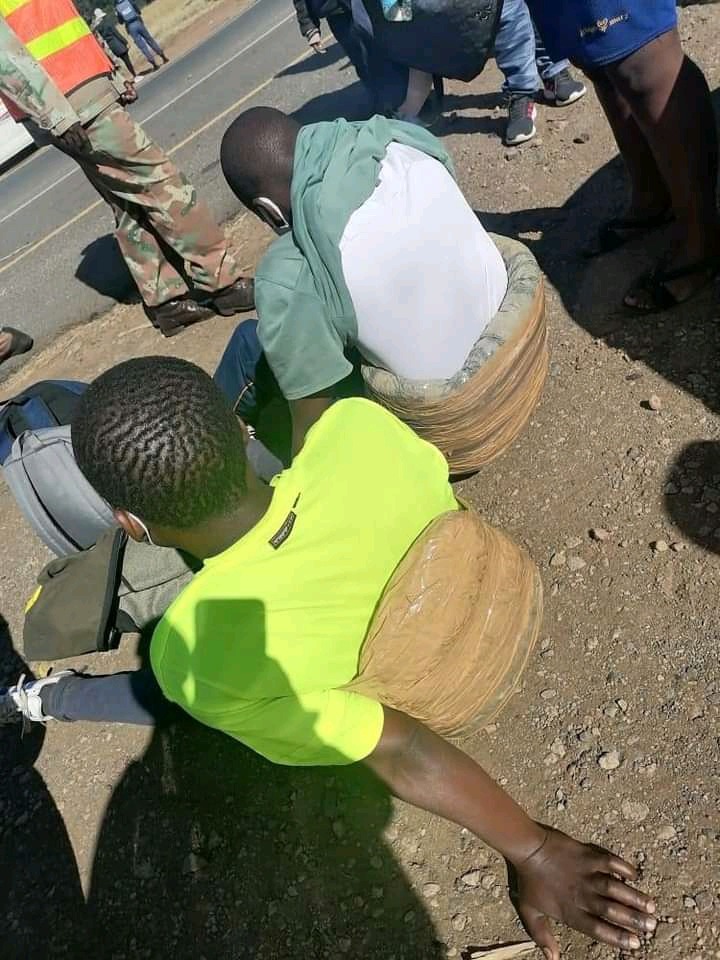 Are the the police doing their job thoroughly? Do you believe and trust in SAPS? Justice and correctional service?

Suspects were charged with a possession of stolen goods, dagga and other charges included. Police are doing everything in their power to investigate further.

Content created and supplied by: SA_HUB-NEWS. (via Opera News )