By Fuzelihle (self media writer) | 1 month ago 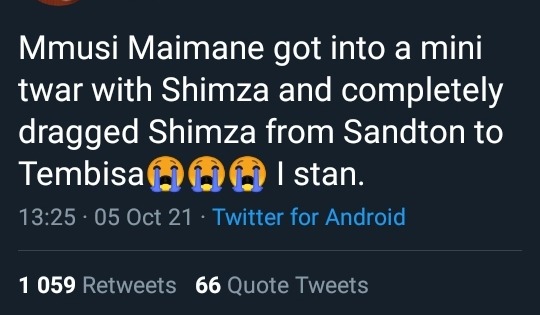 The recent opening of the R15 million stadium in Eastern Cape has sparked a lot of discourse on social media these last couple days. Yesterday, this stadium was at the center of a twitter war between Mmusi Maimane and Dj Shimza. Mmusi said, "From my experience this project definitely did not come close to R15 million." Mmusi continued, saying "I have been involved in construction projects, I have done financial oversight on several construction projects... It's a very overpriced project." Dj Shimza was adamant that engineers on this project should not be dismissed, if they say it cost R15 million then it probably did.

This robust exchange of viewpoints quickly escalated into an exchange of insults, targeting each others personal lives. Mmusi made numerous jokes about his musical career and a relationship he may be fired from, whilst Shimza boasted his successful restaurants and subbed that he is with a woman of his race. Mmusi was not bothered by the attempted insult of being a race traitor. Instead, Mmusi swiftly ended the twitter war with a flash back of Shimza's shady scandal when he hosted a government event at one of his successful restaurants.

It seemed as though Dj Shimza was trying to pacify the tempers of tax paying citizens, but this only added fuel to the fire. In conclusion, 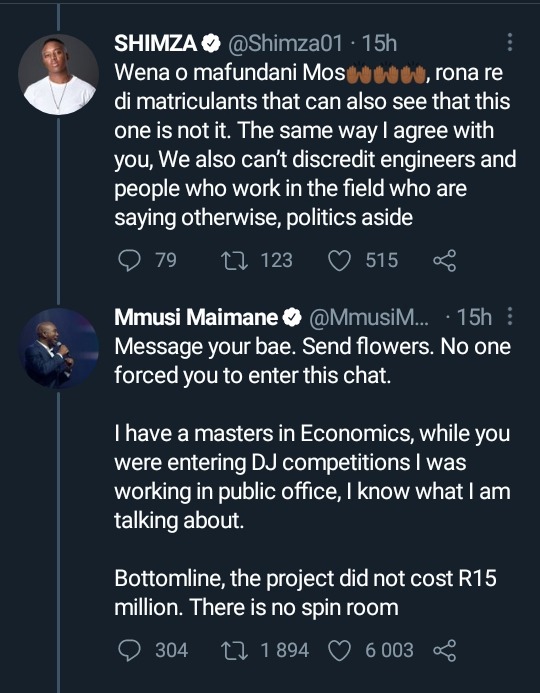 Mmusi said, "no one forced you to enter this chat.".

Content created and supplied by: Fuzelihle (via Opera News )

FIFA| No replay for Bafana vs Ghana