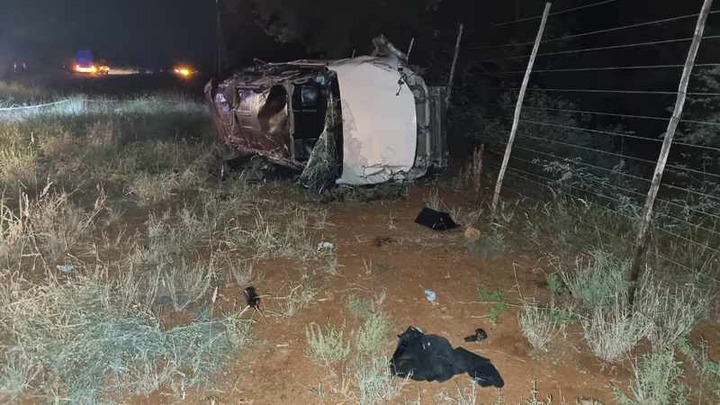 At least seven people have died in the early hours of this morning in two separate road crashes in the Vhembe and Capricorn districts.

“The driver of a speeding Toyota Fortuner lost control of the vehicle and overturned. Six people, among them a 35-year-old male driver, a 34-year-old female passenger and four children were declared dead on the scene,” Maringa said.

Three passengers survived, with serious injuries. They were rushed to Musina Hospital.

Maringa said preliminary investigations are pointing at “reckless driving” as a possible cause of the accident.

In another accident reported in the Capricorn district, a pedestrian was killed while trying to cross the R71 Road in Mamahule.

Maringa said the pedestrian was knocked by a speeding Hyundai sedan.

“A 35-year-old male was certified dead on the scene,” he said.

Meanwhile, Limpopo Transport and Community Safety MEC, Mavhungu Lerule-Ramakhanya has expressed concern about the number of fatal accidents involving pedestrians and speeding vehicles registered in the province, especially on the notorious R71 road stretching from Polokwane to Phalaborwa.

The MEC has urged motorists to drive within the prescribed speed limits and pedestrians to ensure that they only cross busy roads only when it is safe to do so.

Earlier this year, at least 17 people were killed, while eight others escaped with injuries, in a head-on collision involving a 22-seater bus and a Toyota SUV on the N1 near Mookgophong off-ramp in Limpopo.

At the time, provincial transport authorities in Limpopo said it is alleged that the driver of the Toyota SUV lost control of the vehicle due to a burst tyre and collided head-on with the 22-seater bus.