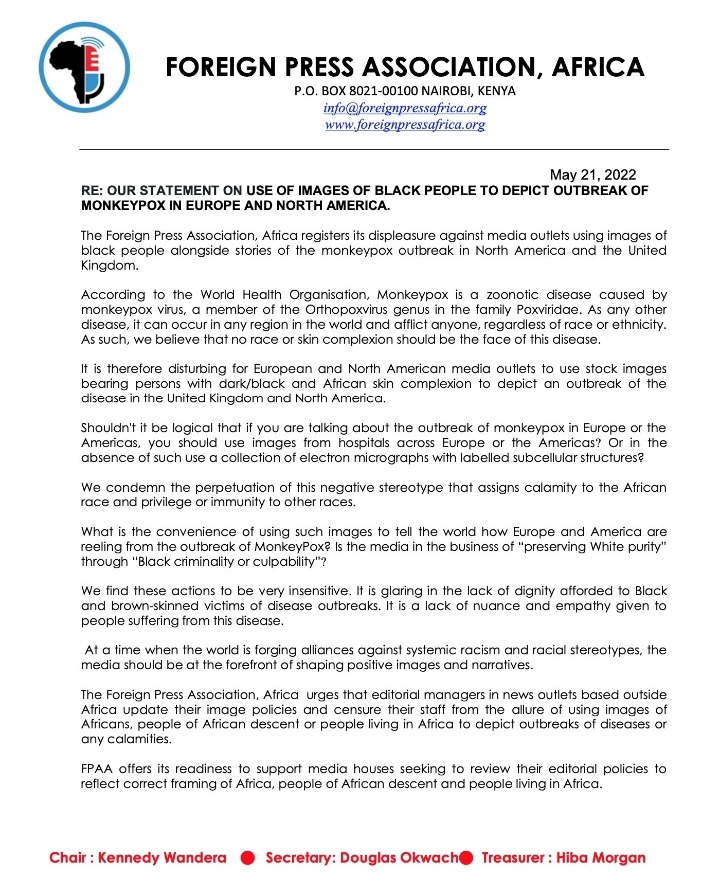 A media statement has been released by the Foreign Press Association Africa following the outbreak of Monkey Pox.The association registered its displeasure against media outlets for using images of black people alongside stories of the Monkeypox outbreak in North America and the United Kingdom.

In the previous report , it was stated that the cases were on the rise , hence detected in places such as Portugal , Spain, Britain , and the United States of America. Monkeypox is reportedly caused by Monkeypox virus , and can occur in any part of the world .

The media statement that was shared revealed displeasure in the usage of black and dark African skin complexion to demonstrate the outbreak of the zoonatic disease in North America and the United Kingdom. Instead of using the complexion of black people, a call was made for the organisations to rather make use of hospitals, or electronic micrographs. The usage of black complexion was condemned .