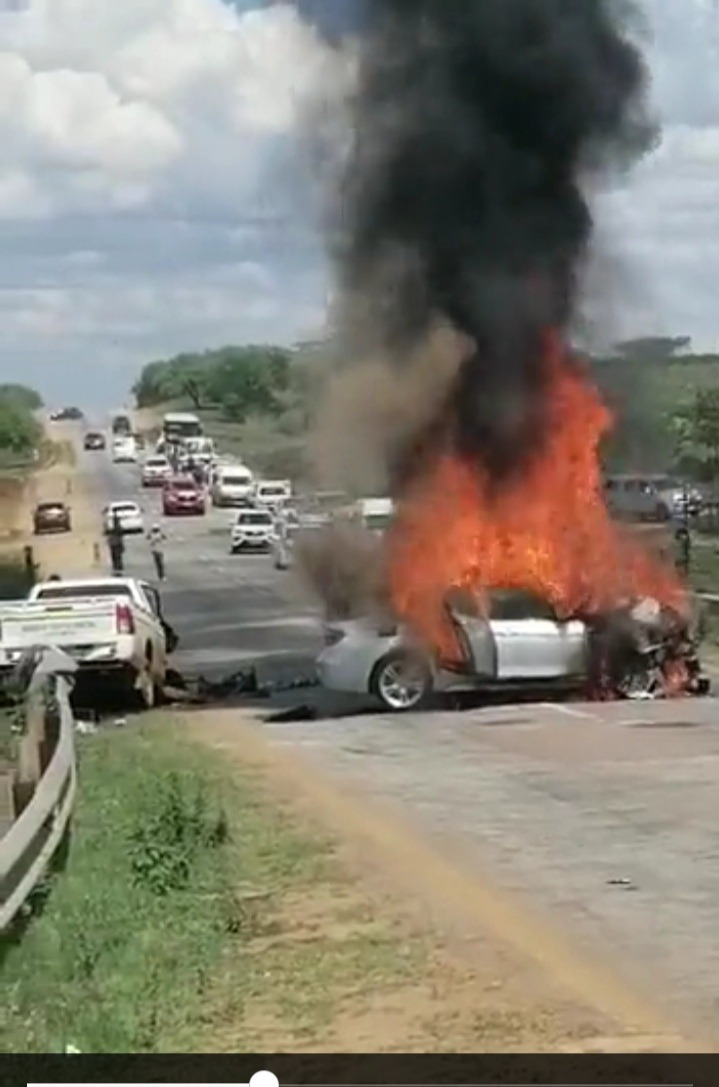 It was revealed that being in volved in a car accident tend to leave people's world shattered as they try to think how badly it could have ended. It is the moment where many get to be graceful to God for surving such because many people lost their lives due to car accidents. It turns out that the BMW driver was driving in a high speed and collided with the traffic officials bakkie and went straight out off the road. 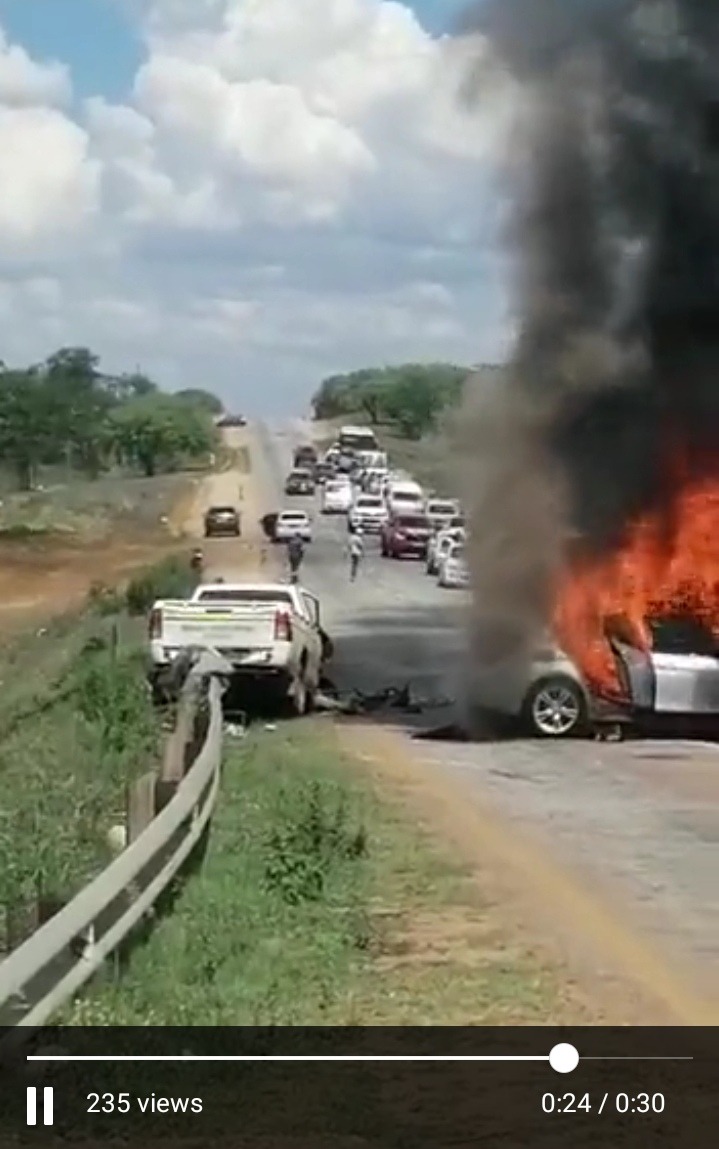 According to witnesses who were heard on the video talking two traffic officials were injured and in shock. Now what left the masses Furious is that the driver was driving recklessly on high speed. It was revealed by the community members that the driver whose details were not revealed have a tendency of driving at a high speed and he hardly follows road rules. 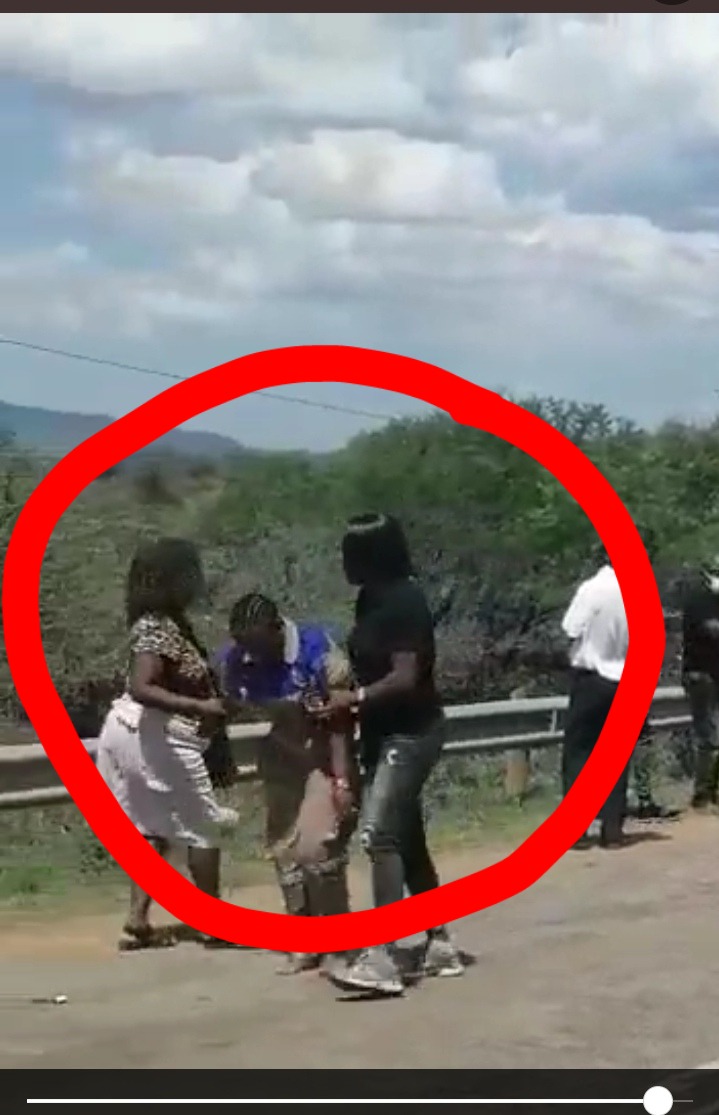 It Ended in tears after his car instantly caught fire. Apparently he did not even have an insurance for his car. This means that he might end up drowning in debts paying for a car that he is no longer using, that is such a waste. Now he will live his life with regrets. As festive season is approaching we are making an appeal to all drivers to drive with care, avoid drinking and driving and always obey road regulations in order to save people's lives. Share your thoughts and follow for more news. 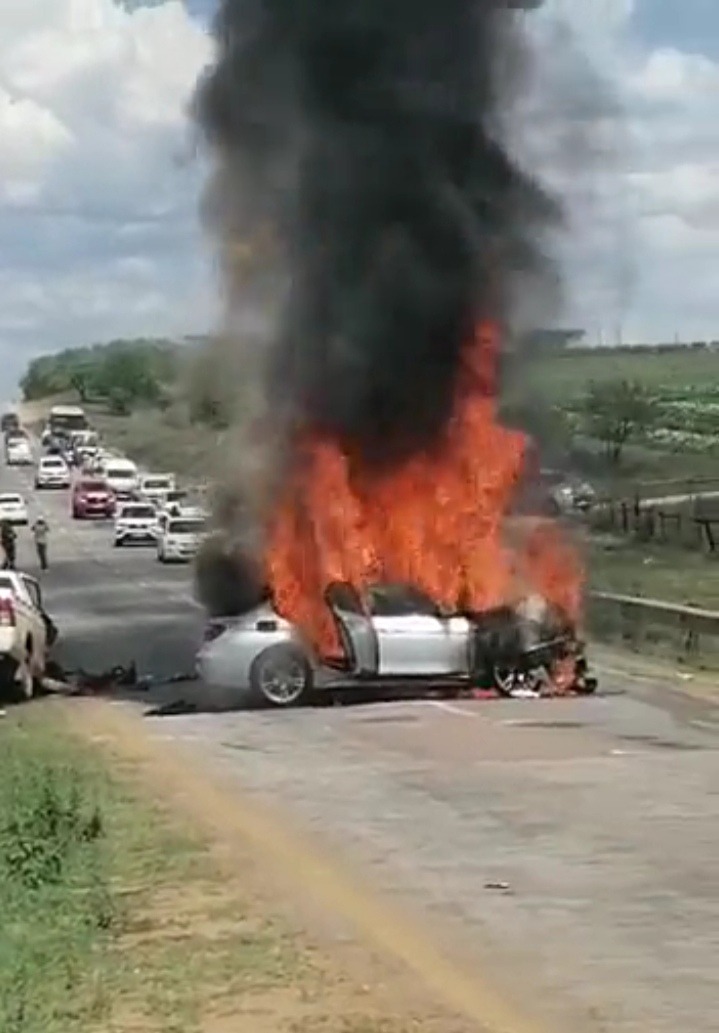