By Legitboy (self media writer) | 11 months ago 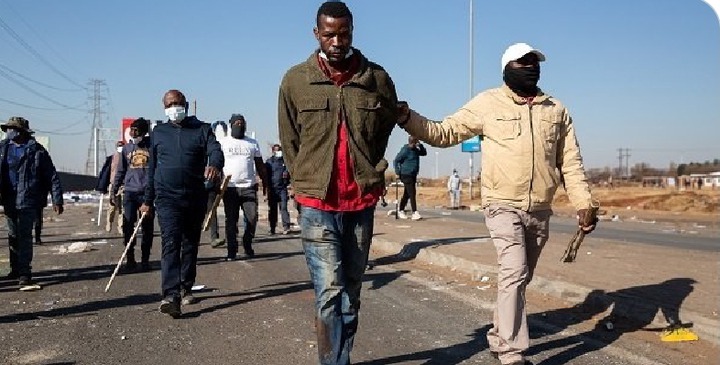 Continuing looting and Destruction of property has finally landed some group of Looters in a very big inclusive with innocent people, According to report at least three people were left dead while looting as taxi drivers armed with arms open fire on them and there were killed, one of the victim was an innocent person who came to the shopping mall in search of her sister, unfortunately taxi drives opened fire and he was allegedly shot on the head which eventually led to his death and three others. 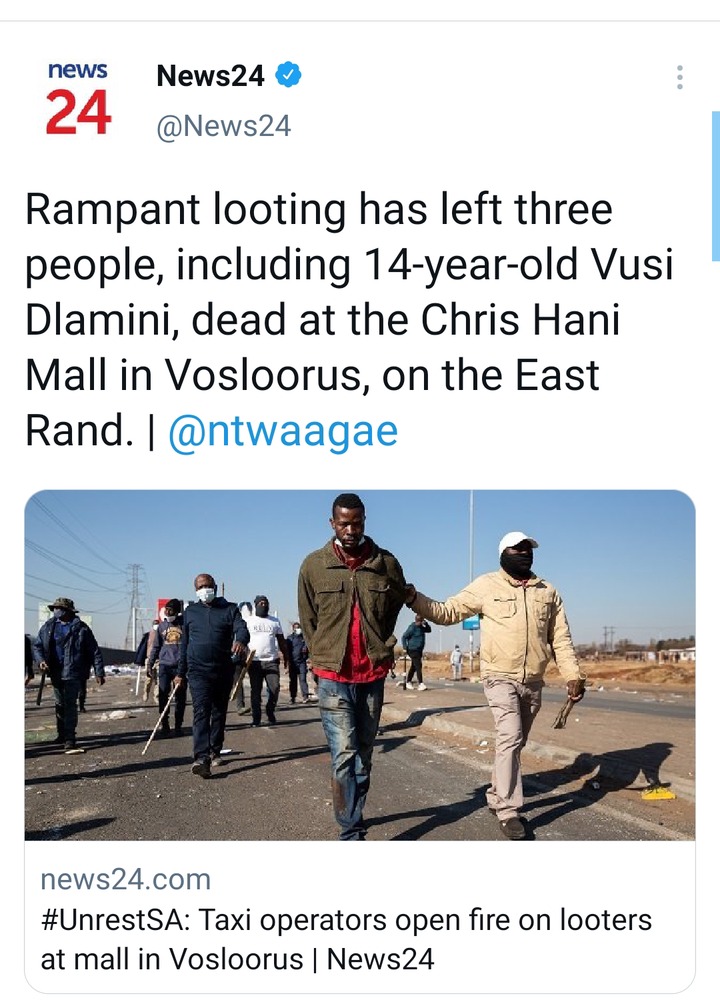 The deaths were allegedly amongst groups of residents looting shops and torching Ackermans, Jet, and Cash Crusaders, according to the security guards at the mall, Dlamini was killed, allegedly at midday around midday by taxi operators, when a group of armed taxi operators arrived in the area to hunt looters.

The looters refused to leave, which led to live ammunition opening of fire,the shooting was carried out in the presence of the police and journalists.

The local taxi operators were also plundered after their office was sacked at the mall. Their personal items, including electrical equipment, have been stolen.

News 24 told Abednigo Sithole, Dlamini's elder brother, that his younger brother was shot by taxi operators. Sithole said that when he was killed Dlamini wasn't among the looters. 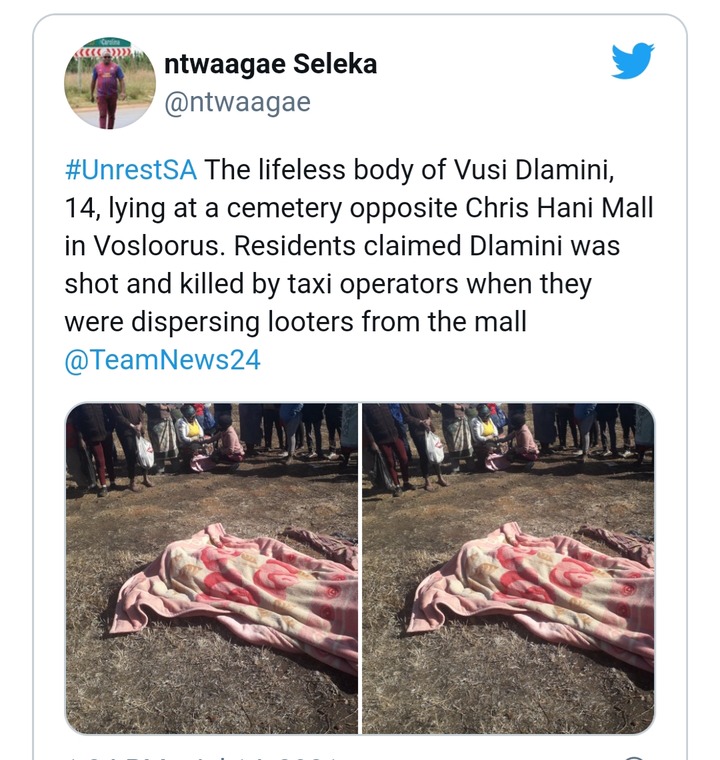 Below are some Reactions by south Africans on Twitter:

Many thanks to the Taxi operators,we need all right thinking South Africans in our neighborhoods to act the same way.There should be NO ROOM FOR LOOTERS whatsoever,NO REASON to vandalism whatsoever. 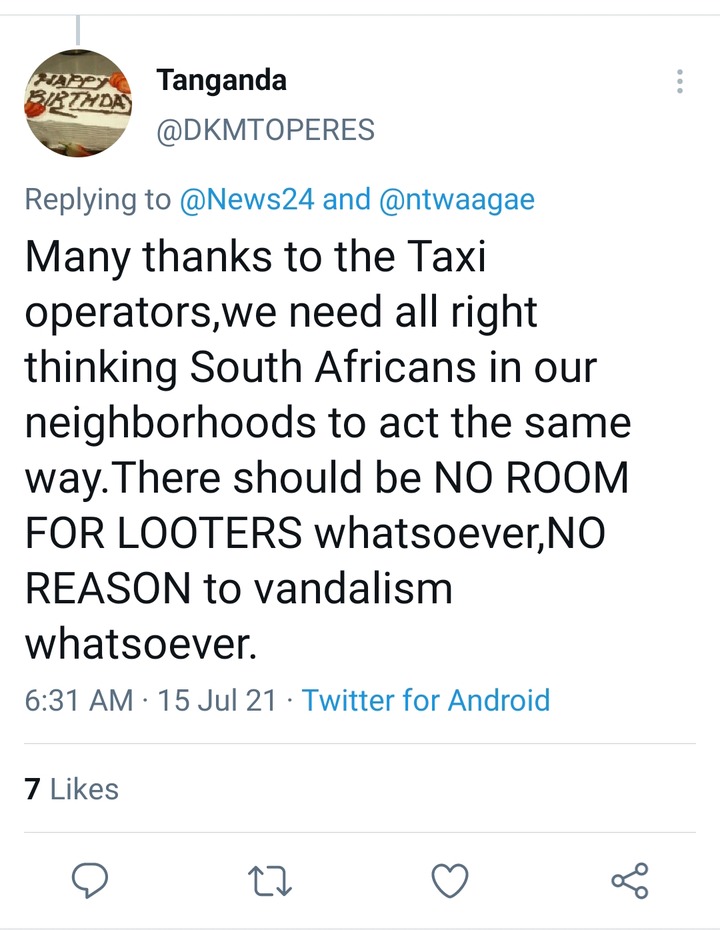 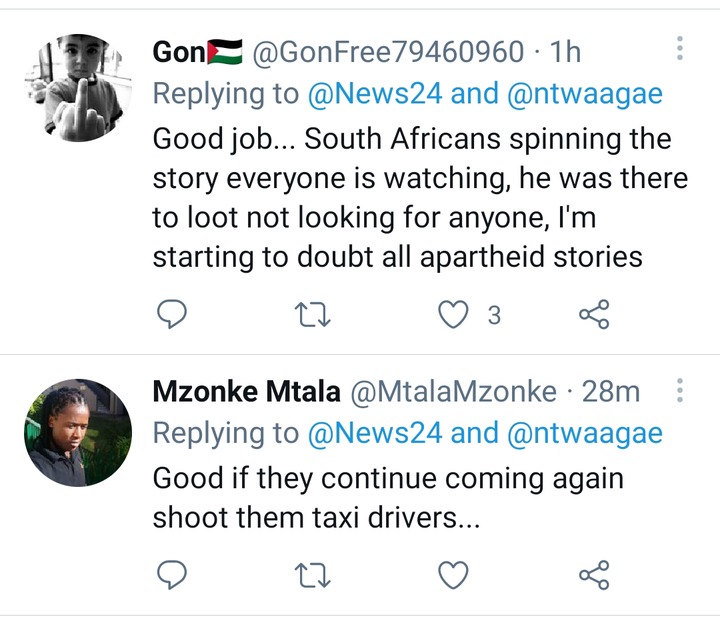