The SAPS Has Just Revealed Good News To The Public 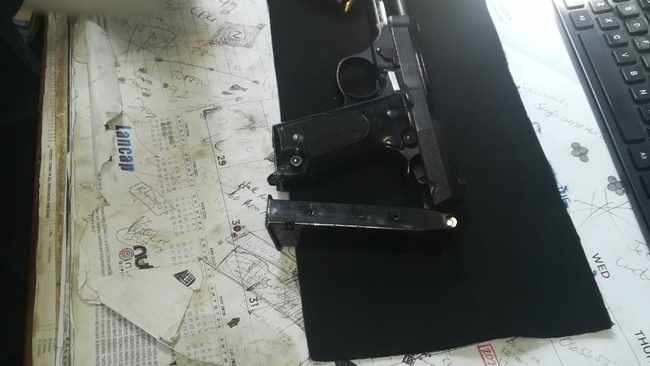 Cape Town – Police in the Western Cape captured different suspects at the end of the week for ownership of guns.

Common police representative Sergeant Wesley Twigg said that on Saturday a 32-year-old suspect was captured after he was viewed as possessing a 9mm gun with no chronic number in Lugmag Street in Factreton.

The suspect is relied upon to show up in the Cape Town Magistrate's Court today.

In a different occurrence, individuals connected to the Ravensmead police were caught up with accompanying IEC authorities when discharges rang out nearby.

Eight bust with more than 200 cellphones after business burglary

POLICE made various captures at the end of the week after associates were found under lock and key with guns. | SAPS

Officials quickly headed to the space where the discharges rang out and saw a known presume running with a gun in his grasp.

"The gun fell and the speculate continued to run. The individuals recuperated a 9mm gun.

"A release of a gun case was opened for examination. The suspect is yet to be captured and the examination proceeds," Twigg said.

On Friday, individuals from the Western Cape Flying Squad captured a 18-year-old suspect after he was viewed as possessing a restricted gun and ammo in Kraaifontein.

Twigg said it was during pause and-search tasks when officials tracked down the suspect possessing a natively constructed zip weapon and ammo.

In another episode, a 27-year-old suspect was captured after he was halted in a dubious vehicle in Cawdor Street in Saxonsea, Atlantis.