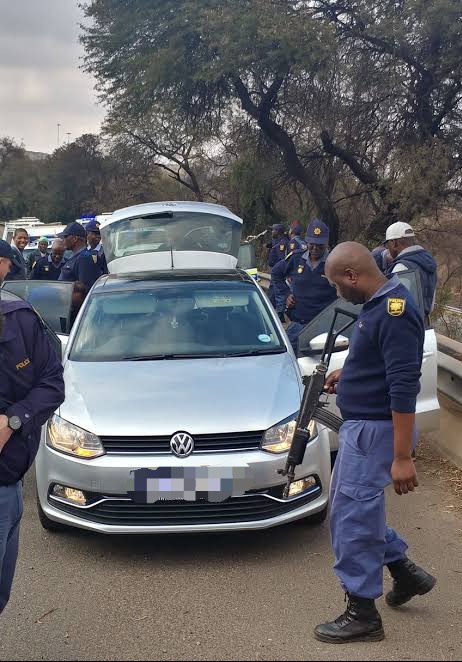 Bholothwa police members have secured the arrest of four suspects who hijacked a Isuzu bakkie belonging to a hardware store in Bholotwa, while it was on its way to make a delivery in Ngcobo.

According to the saps news report, yesterday 17 January 2022 at around 14:50 pm, three men and a woman who were travelling in a silver grey VW Polo came to buy fifty bricks at a hardware store in Bholothwa, they requested for the bricks to be delivered in Ngcobo the same day, an employee of the hardware store loaded the bricks in a bakkie and drove towards the direction of Ngcobo.

while he was on his way to make the delivery, he was stopped by the same suspects travelling in a silver VW Polo, they forced the driver out of the bakkie at gunpoint and fled with the vehicle towards the direction of Cofimvaba, police were contacted and they chased after the suspects, they were later caught and arrested in Cofimvaba.

Both the Isuzu bakkie and VW Polo were recovered, a total of four suspects of which one is a female between the ages of 22 and 37 will appear at the Lady Frere Magistrates Court tomorrow January 2022.