The nation is being turned into a crime scene with each passing day. Cases of crime are being reported daily and among the crimes which is slowly becoming rampant of late has been kidnappings. 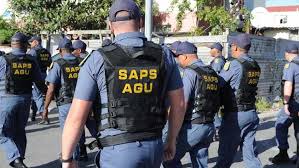 According to a tweet that was shared by Yusuf Abramjee, another terrifying abduction was reported in the Gauteng Province. This time around, everyone was left known for sure that there is some dirty games being played in the background. Those businesspeople with Asian descent have been the most targeted as they are known to hate keeping money in banks.

This time around, the kidnapping was carried out along Camaro Road in Bassonia Johannesburg.

Witnesses who saw the whole incident unfolding claimed that a gang of thugs whi were armed with AK47s. The automatic rifles were pointed into the suspects head as he was ordered to get into a dark grey VW Amarok.

The vehicle had no visible registration number as the suspects disappeared from the scene with him.

Back in the day, South Africa never used to be the hub of crime. When one ends a day safe from all this madness, they should count themselves lucky.

When the nation heard of the incident, they reiterated the need to put in place security systems that work. It can be noted that the ANC is not serious about security of this country

Non of us is safe anymore except politician's who go around with bodyguards..