Nearly lost his life in a brutal attack by his flatmate 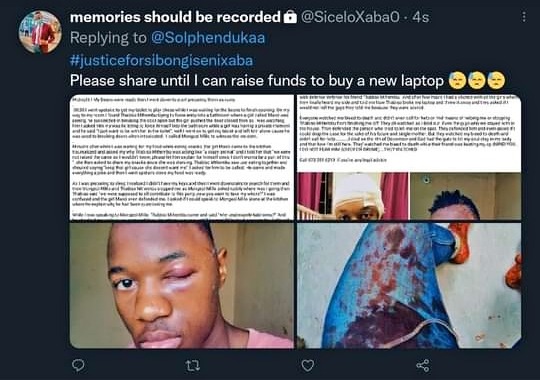 "I lost my whole life when Thabiso Mthembu broke my laptop and threw it away after stabbing me.I have nothing else but my life now,your help will be appreciated"Said a tertiary student by the name of Sicelo Sibongiseni Xaba who seeks Justice for the damage and hurt done to him. 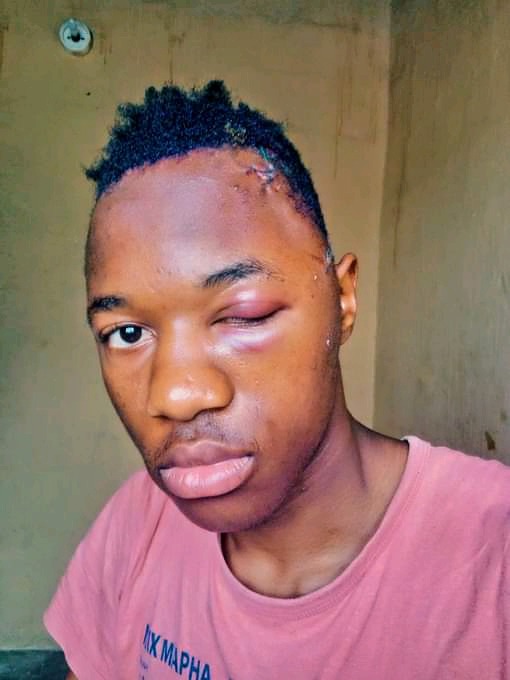 "Thabiso ran upstairs and broke a glass so he could stab me,I ran for the window and i was too late,he switched the lights off at the passage and broke in the room not defending myself because I'd hurt him real bad,he unveiled the glass and stabbed me twice in the head"Sibongiseni Xaba lost 1.5 litres of blood and lucky to have survived.his laptop was destroyed and thrown away by his attacker.He can nolonger do his assignments and tests as a distant learner without his laptop.He took to social media to ask donations so that he could replace his laptop for the sake of his future and every little help will be highly appreciated. 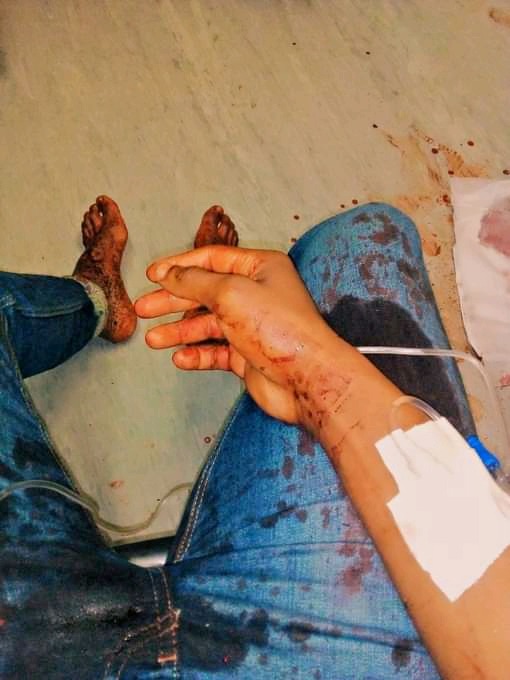 I will not allow my daughter to marry a teacher

Education department pleads with the nation to get vaccinated. They want full-time attendance.