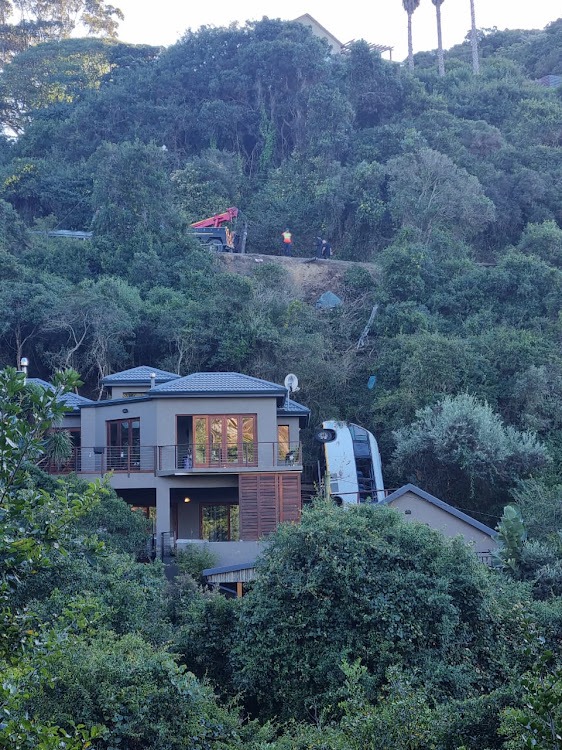 A THREE-YEAR-OLD was murdered and 36 people wounded when a bus carrying a rugby team, personnel, fans and family members fell down an embankment in the Wilderness region on Saturday night, 21 May.

He said ER24 paramedics, along with other emergency services, arrived at the location around 6.30pm.

“It’s thought that the bus was driving back to Wittedrift close to Plettenberg Bay after the squad played rugby at NMMU Saasveld, near George.

“They had used this route via the rear of Wilderness to link to the N2 since the Saasveld road is blocked owing to flood damage,” Campbell said in a statement.

He claimed the bus was discovered laying on its side having smashed through a private residence’s deck.

“A three-year-old child was regrettably determined to have received fatal injuries and proclaimed dead on arrival by Metro EMS. Two guys in their 30s were discovered imprisoned in the car and in a severe condition.

He said both guys were brought to George Provincial Hospital for additional treatment.

“Thirty-four other men, women and children were also treated on the spot and then transferred to the hospital for minor injuries. The South African Police Service were also on the site for additional investigations,” Campbell added.