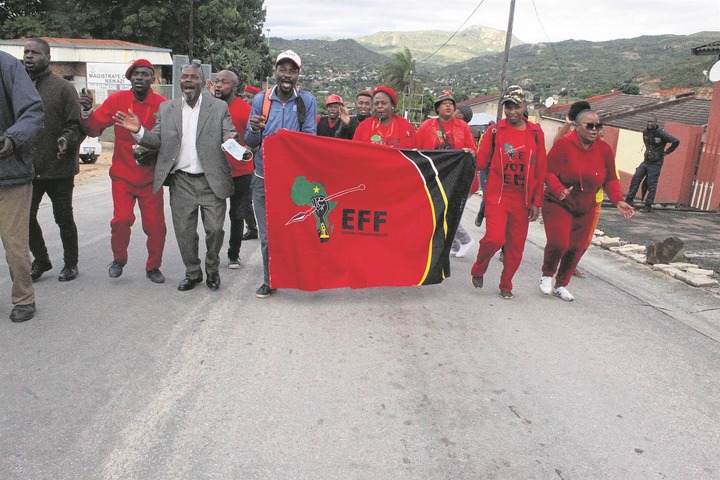 Community people gathered outside of the courthouse to show their support for Bontle's family. BONTLE'S MOTHER: "My daughter was murdered like a chicken."

PERMISSION Mabilane requests that the suspected murderers of her daughter be let free by the police.

The heartbroken mother of Bontle Mashiyane pleaded with the authorities to "let them go so I can deal with them."

The corpse of the little girl, who was six years old, was found on May 21 in the vicinity of her house in Mganduzweni, which is located outside of White River in Mpumalanga. It seemed that she was missing some of her bodily parts.

On April 30th, it was announced that she was missing. The last time anybody saw her, she was interacting with other children and playing near her home.

On Monday, May 23, the three accused, ages 25, 36, and 40, had a short appearance in the Kabokweni Magistrates Court. They are accused of committing rape, as well as murder and abduction. They have withdrawn their request to be released on bail.

The media were not granted authorization to record or video the proceedings of the court. Martin Britz, the prosecutor, said that if the media were allowed to take images of the suspects, it would put their lives and their homes in danger.

Permission said in an interview with the Daily Sun, "I want them dead. They caused me an unbearable amount of suffering. My daughter was murdered in the same manner as a chicken.

"We are familiar with some of the potential suspects. They are located in close proximity to us.

Nokuthula Mazibane, a member of the family who is forty years old, claimed that doing time in prison would not offer closure.

Vusi Shongwe, the Member of the Provincial Executive Committee for Community Safety in Mpumalanga, was present in court.

The topic will be further investigated on June 24; this date has been postponed.

Buffalo attacks its owner and kills a man, see details

Mamaolo Community Doesn't Play, This Is What They Did To Suspects Who Were Robbing In Their Town