Xenophobia Threats After Zimba Accused Of Killing Seven In SA

This guy has just made himself a famous, but it is very much unfortunate that the fame that he has created for himself is very dangerous, not to just himself, but his fellow Zimbabweans.

What this guy has done, it is it's really out of the moral ethics of our fellow African brothers. It is really unlikely Zimbabweans, for we know some of them to be humble people. So now they can make South Africans to think that Zimbabweans are not really what they say they are, and they are not really as disciplined as they look.

This is is going to make South Africans look at Zimbabweans with another perspective, actually communities are going to hate Zimbabweans for this. The moment they hear that someone is from Zimbabwe, they mighty close all doors and all opportunities towards that person.

This will coast Zimbabweans opportunities, but pople would be reluctant to help them. No matter how desperate they can be, this guy has done something that is fateful for everybody. Now this is a fued that is going on between the Zimbabweans and South Africans has just been fueled. It is really going to be a very tough time most of the people, people are going to to be killed, and most of the people are going to be forced to leave the country. 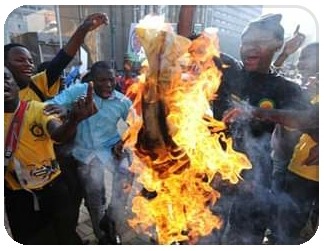 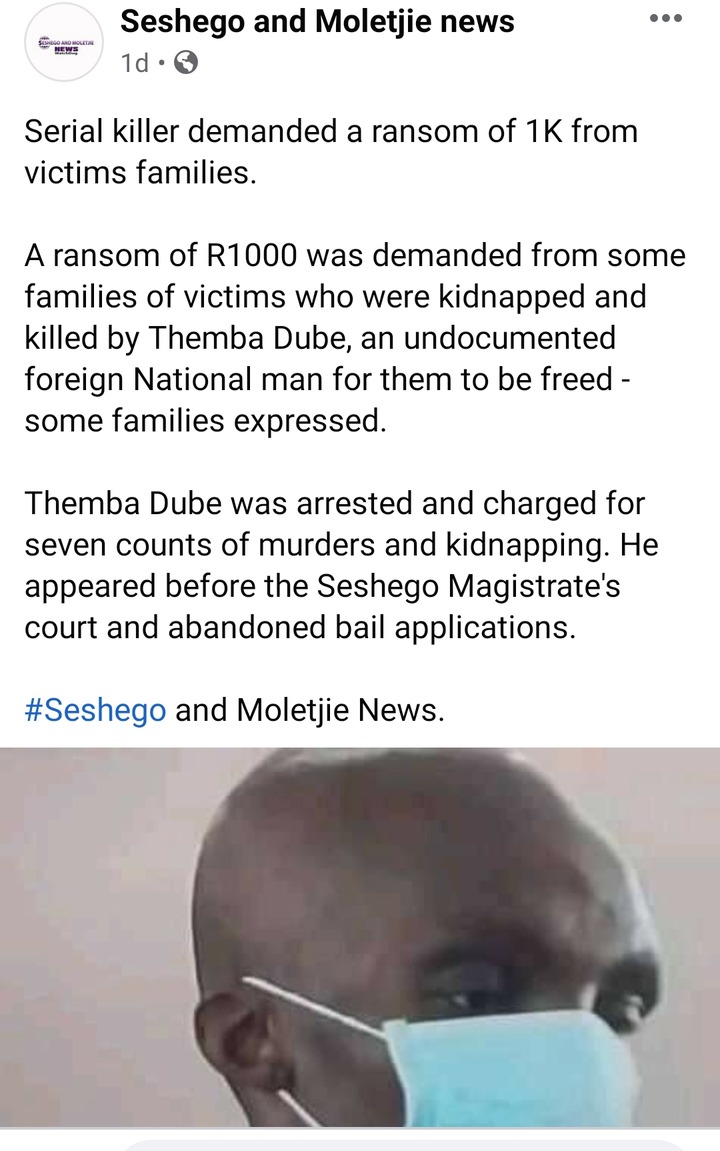 By A Correspondent- South Africans in Limpopo provinces are threatening to kill Zimbabweans after a 36-year-old Zimbabwean man was arrested last week for allegedly kidnapping and killing seven women.

The Zimbabwean man killed seven, including a fellow countrywoman and six South Africans whom he had lured on the pretext that he was offering them jobs.

Themba Dube, who was allegedly involved in a series of kidnappings and murder of his victims between July last year and August this year, was on the run until his arrest this month.

He was arrested after he was found in possession of a suspected stolen cellphone that belonged to one of his victims.

Other victims include Mpho Sanah Sinyatsi (34), Andrea Cholo (25), Chisimango Gumbo (48), a Zimbabwean, who was reported missing at Seshego in August and Jane Letswalo (42), whose body was found next to Peter Mokaba Stadium.

Dube’s modus operandi was to lure women to Limpopo with the promise of employment.

“The accused was still in custody when the investigations led to the discovery of seven bodies of women dumped at different locations in Seshego, Polokwane, Mankweng and Westenburg policing areas,” said Malabi-Dzhangi.