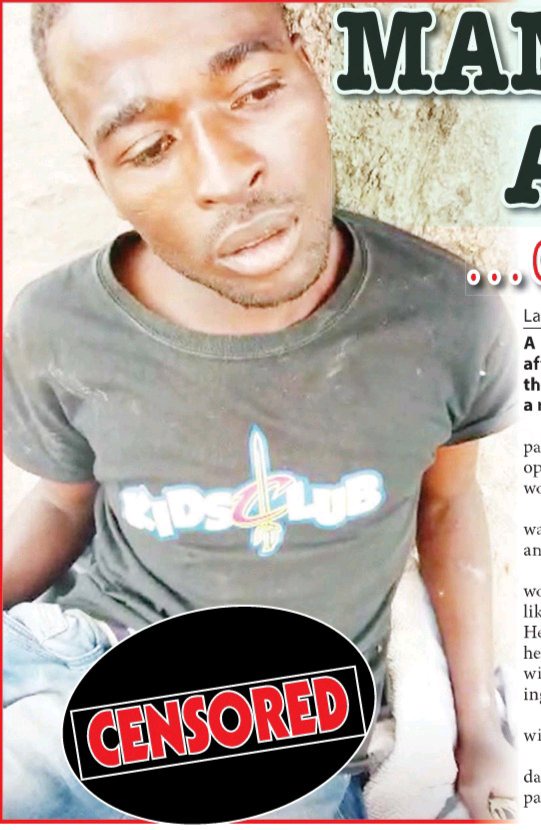 There was outrage after a Zimbabwean guy began bleeding after sleeping with a married woman.

Brian Nyakwasva, a gold prospector in Mazowe who lives in the Matopi area, claimed he was unaware the woman was married.

He claimed she lied to him before the woman's husband caught him red-handed in his home.

He claimed the man threatened to make him menstruate like a lady unless he paid. He began bleeding, and despite bandaging the area with a cloth, he has been bleeding for the past six days.

He was then told that he had three days to pay goats in exchange for his freedom.

"I live in Mt Darwin, and while we were panning for gold in Mazowe, I was dating a certain woman." She lives in the Chanaka neighborhood and told me she wasn't married.

"I was in his house when the husband caught us red-handed and demanded me to bring three goats in three days," he added.

According to Brian, the man collected his information as a promise that he would return. "The man demanded my clothes and ID card as proof that I would bring the goats.

"As a result, I'd like to return home and fetch the goats." I have goats at home in Mt Darwin and will deliver them to him."

"I was at his place and I am now heading back to retrieve the goats," Brian answered when asked where he was staying. "He was dating a married woman and they dated for a long time," a source stated. He was later caught red-handed in their home by the woman's husband.

"The man told him he needed to pay with cows, but he said he didn't have any." Three days were then allowed to him to fetch three goats."